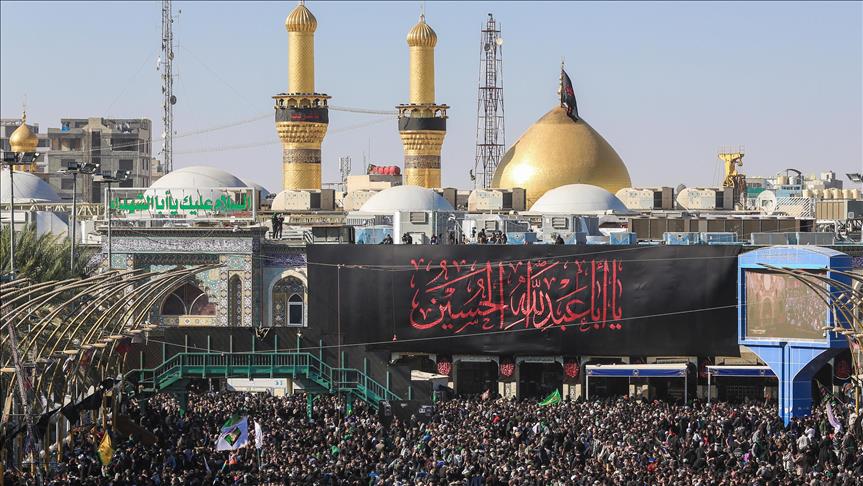 The literal meaning of the word “Ashura” is 10th as it is on the 10th day of the Islamic month Muharram. Muharram is the first month of an Islamic year which starts with the sighting of the new moon. The day of Ashura marks great historical significance in Islam as well as for Muslims all over the world. There are different events that took place on the day of Ashura in Islamic history. Allah says:

“Lo! The number of months with Allah is twelve months by Allah’s ordinance in the day that He created the heavens and the earth. Four of them are sacred: that is the right religion. So wrong not yourselves in them. And wage war on all of the idolaters as they are waging war on all of you. And know that Allah is with those who keep their duty (unto Him).” (Surah At-Taubah 9:36)

“They have taken their rabbis and their monks (as) Lords besides Allah and the Messiah, son (of) Maryam. And not they were commanded except that they worship One God. (There) is no god except Him. Glory be to Him from what they associate (with Him).” (Surah At-Taubah 9:31)

“Indeed, (the) number (of) the months with Allah (is) twelve months in (the) ordinance (of) Allah (from the) Day He created the heavens and the earth; of them, four (are) sacred. That (is) the religion the upright, so (do) not wrong therein yourselves. And fight the polytheists all together, as they fight you all together. And know that Allah (is) with the righteous.” (Surah At-Taubah 9:36)

The tenth day of Muharram or usually called Ashura is the day when Moses and his people crossed the red sea with his followers. They crossed the red sea with the miracle of Allah the Almighty and caused Pharaoh along with his army drowned in the red sea. To commemorate the day, Muslims fast on every Ashura. Fasting during Ashura is similar to the teaching of Jews as told by our Prophet (peace and blessing of Allah be upon him).

“We are more closely related to Musa than you” Hence He directed all the followers to fast on the day of Ashura.” (Abu Dawood)

The Tenth day of Muharram or usually called Ashura is the day when Husayn the grandson of Prophet (peace and blessing of Allah be upon him) died during the battle of Karbala. The battle itself lasted from morning to sunset on Muharram 10, 61 AH. The group of women, men, and children below the lead of Husayn were trapped and killed by a large number of the army under the command of Umar ibn Sa’ad. near the river Euphrates.

Besides becoming the day when Muhammad (peace and blessing of Allah be upon him) arrived at Medina, the tenth day of Muharram is also the day when Noah left the ark. Allah says:

He said, “I will betake myself to a mountain, (that) will save me from the water.” He said, “(There is) no protector today from the Command of Allah except, (on) whom He has mercy.” And came (in) between them the waves, so he was among the drowned.” (Surah Hud 11:43)

Besides fasting, we still can do another good deed during Muharram. It is because the tenth day of Muharram or usually called by Ashura is the best day, on the best month that includes sacredness to every living Muslim.

Here is some importance of Ashura in Islam:

Therefore, to achieve greater blessings and be a better Muslim, we need to consider two fasting days in Muharram, one of the Ashura day while the other on the preceding or exceeding day.

Events took place on the Day of Ashura

Every Muslim must aware of the importance of Muharram and virtues associated with this holy month. There are countless blessings from Allah Almighty for people who perform good deeds in this holiest month. The Prophet Muhammad (PBUH) said: “The best of fasts besides the month of Ramadan is the fasting of Allah’s month of Muharram.” (Muslim)

“The coming year, if Allah wills (I remain alive), I will for surely fast on the ninth (also).”(Muslim)

Therefore, if as a Muslim you are looking to enjoy the serenity and peace of keeping fast other than the month of Ramadan, then Muharram is the month when you need to keep fast. May Almighty Allah helps us and give us the strength to start the Islamic year with true Islamic spirit and shower His countless blessings upon us. Ameen!