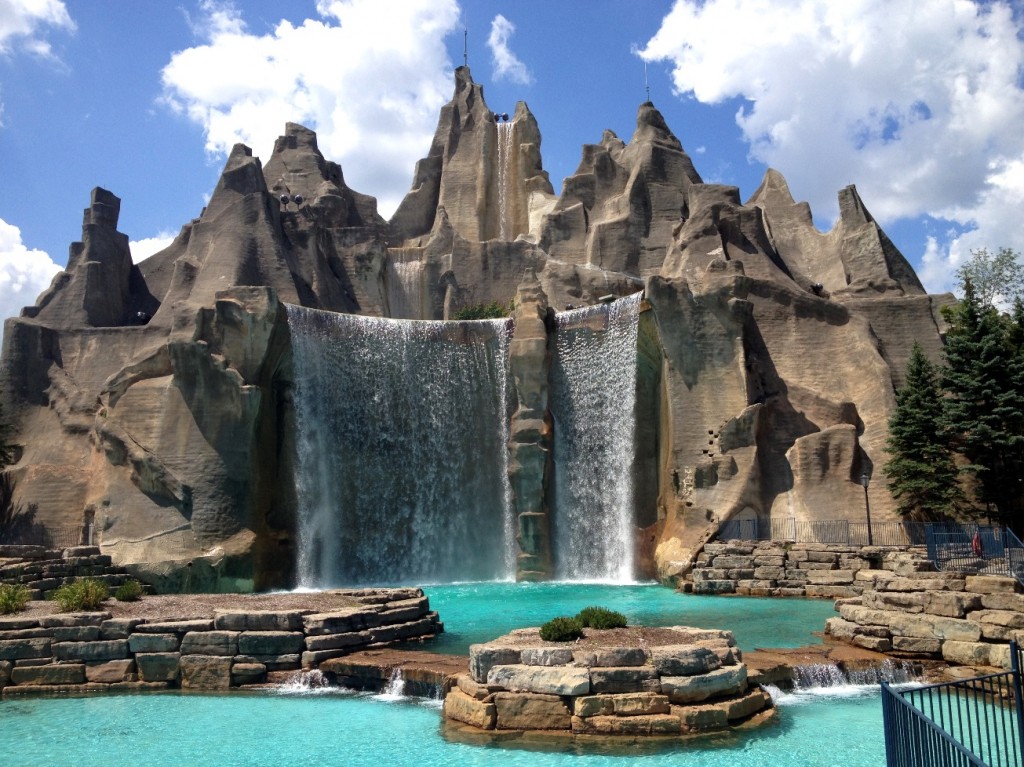 At 306 feet (93.27 m) in the air, Leviathan is the tallest ride in the park, dropping riders at an intense 80 degree angle. Across the way, Behemoth has eight extreme drops, open air seating, high speed twists, turns and loops. The daring may want to be lifted 23 stories high and then dropped at 100 kilometers per hour aboard Drop Tower. Not to be outdone are Vortex, Canada’s first suspended roller coaster, an intense corkscrew design in The Bat, Skyrider’s shark curves and side-winding helix (standing up of course),

Dragon Fire’s two 360-degree loops, the trek through Wonder Mountain aboard Thunder Run, Windseeker, a 301 foot swing ride, and let’s not forget the coaster that lives up to its name, The Mighty Canadian Minebuster, the largest and longest wooden coaster in Canada.Families can visit Planet Snoopy, where the entire Peanuts gang welcomes children of all ages to take a ride on Sally’s Loveboat, race the Peanut’s 500 track or take a ride upon Woodstock Whirlybirds.