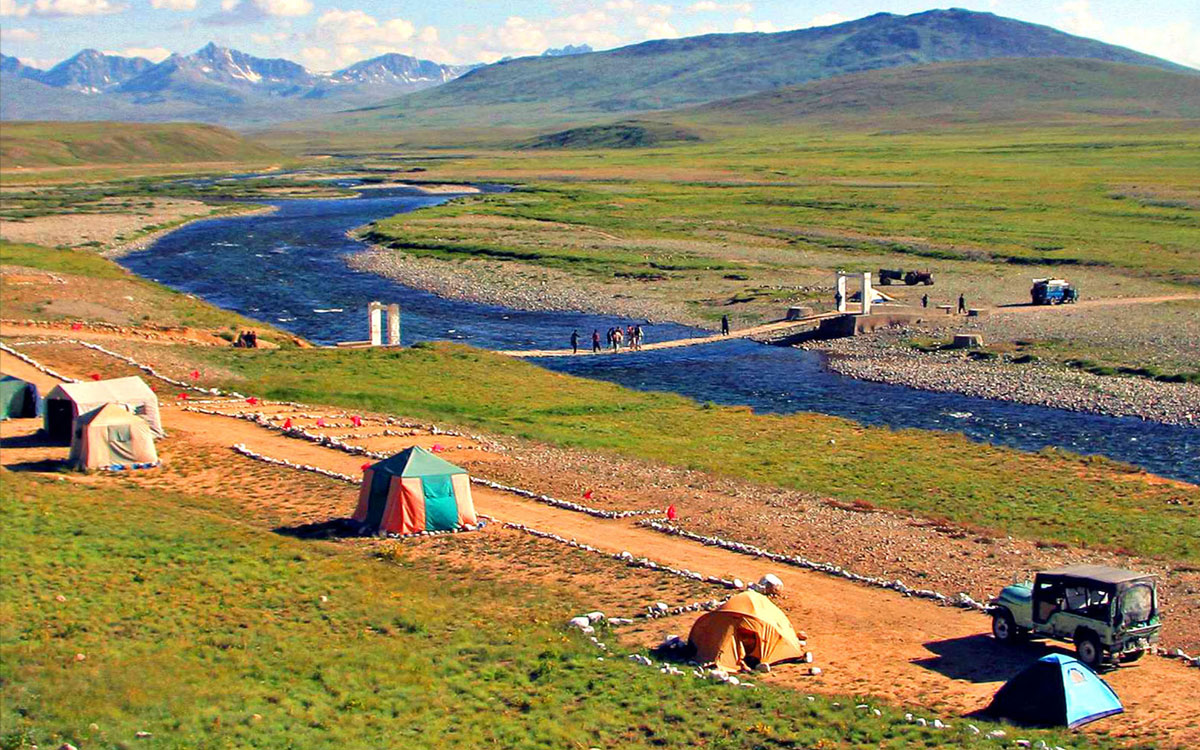 ‘Deosai’ means ‘the land of Giants’ in Urdu. Balti people call this place referring to ‘Summer’s Place’ because it is only accessible in summer. The Deosai National Park is located between Astore and Skardu in Gilgit Baltistan. It has an average elevation of 4,114 metres (13,497 ft) above sea level, making the Deosai Plains one of the highest plateaus in the world.

The park protects an area of 3,000 square kilometres (1,200 sq mi). It is well known for its rich flora and fauna of the Karakoram-West Tibetan Plateau alpine steppe eco region. In spring, it is covered by sweeps of wildflowers and a wide variety of butterflies. Deosai is second highest plateau after Chang Thang Plateau Tibet.

Deosai is accessible from Skardu District in the north, Galtari Kharmang District in the south-east, and the Astore District in the west. Deosai is located approximately 30 km from Skardu city and it is the shortest route to visit Deosai. Most foreigners visit Deosai via Skardu. It takes 1 hour to reach Deosai top via Sadpara Skardu. Another route is from Astore valley via Chilim. It is also accessible from Shila valley. The people of Galtari travel via Deosai. There is another route called Burgi la via Tsoq Kachura valley Skardu.