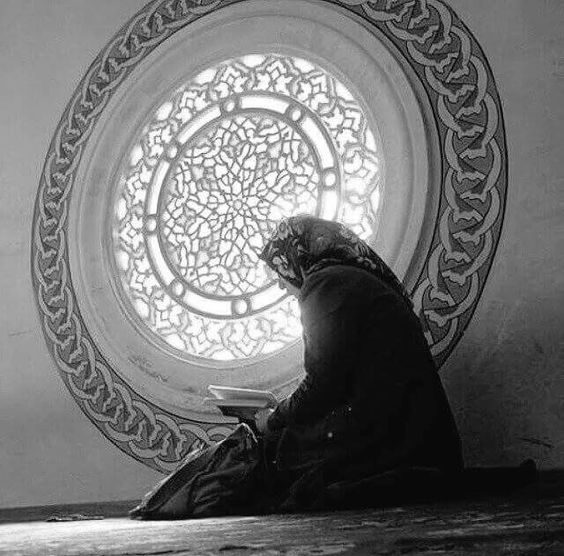 Islam considers a woman to be equal to a man as a human being and as his partner in this life. Women have been created with a soul of the same nature as men. Muslim women are not forbidden from going out in the community, working, or visiting relatives and female friends, if there is no objection from their guardian/husband and they are covered and behave and speak according to Islamic guidelines and, if necessary, escorted by their Mahram. However, a woman’s home should be the main base that she works from. Allah Says:

“O people, We have created you male and female and made you into tribes and nations that you might know one another. Verily, the most honoured of you to Allah is the most righteous of you.” (Surah Al-Hujurat 49:13)

In Islamic law, a woman is an independent, unique individual in her own right. She has the same responsibilities towards herself, towards Allah (SWT) and other human beings as the male, and will be punished or rewarded in the Hereafter without discrimination towards her female gender. In religion Islam, the mercy of Allah is for all of mankind and makes no preference for sex. Men and women have a calling and a place in nature. Allah Says:

“Their Lord responded to them: Never will I cause to be lost the deeds of any among you, whether male or female; you are of one another.” (Surah Al Imran 3:195)

The status of women in Islam is mostly misunderstood by Non-Muslims or western countries.  This is due to the lack of understanding about how Islam is ordered to treat women and also due to the misbehaviour of some Muslims which has been taken to represent the teachings of Islam. Neither has a greater value nor is one of greater importance. Both men and women are subjected to divine punishment that is equal for the capacity of each.

Here are some basic Women’s Rights in Islam:

It is therefore clear that the status of women in Islam is high and reasonably suitable to her inclination. Her rights and obligations are equivalent to those of man yet not so much or indistinguishable with them. On the off chance that she is denied one thing in some viewpoint, she is completely made up for it with more things from numerous different angles. Allah Says:

“Allah created you from dust, then from a drop, then He made you into mates.” (Surah Al-Fatir 35:11)

The way that she has a place with the female sex has no bearing on her human status or free identity, and it is no premise for the defence of preference against her or shamefulness to her individual. Islam provides for her to the extent that is needed of her. Her rights match delightfully with her obligations. The harmony in the middle of rights and obligations is kept up, and no side overweighs the other. Allah Says:

Women have left remarkable footprints in every walk of life. So, let us pray to Allah the Almighty to bless our women, protect and honour them in this world and the Hereafter. Bearing this in mind, we seek Allah’s favour to guide us all to obey Him and obey His Messenger Muhammad (PBUH) and obey those He has commanded us to obey in line with Your orders:

Below we will discuss the rights of women in Islam:

In Islam, a woman is a completely independent personality. She can make any contract or bequest in her name. She is entitled to inherit her position as a mother, as a wife, a sister and as a daughter. She has the perfect liberty to choose her husband. The pagan society of pre-Islamic Arabia had an irrational prejudice against their female children whom they used to bury alive. Allah Says:

Over 1400 years ago, Islam gave rights to women that women in the West have only recently begun to enjoy. Both men and women descended from a single person the Prophet Adam (PBUH). Islam does not accept for either of them anything but justice and kind treatment. In Islam, a woman has a distinct and separate identity. Islam has given her the right to own property.  Allah Says:

A woman can dispose of her earnings and property as she wishes, within the bounds of Halal (lawful) and Haram(unlawful). Although their obligations might differ in certain areas of life by basic physical and psychological differences, each one is equally accountable for his or her particular responsibilities. She is the owner of her earnings. No one (father, husband or brother) has a right over them.

Islam has given a woman what duties her female nature. It gives her full security and protects her against becoming what modern women themselves complain against a “mere amusing object.” In reality, and in Islam, the rights and responsibilities of a woman are equal to those of a man, but they are not necessarily identical with them. Equality and sameness are two very different things. Allah Says:

Men and women are two equally important parts of humanity, and the rights and responsibilities of both sexes in Islam are equitable and balanced in their totality. Religion Islam regards women as precious and valuable, not to be disrespected or disgraced.  Women are empowered with many rights and protections under Islamic laws and are honoured with a dignified status in society. May Almighty Allah help us and guide us to follow the right path. Ameen!