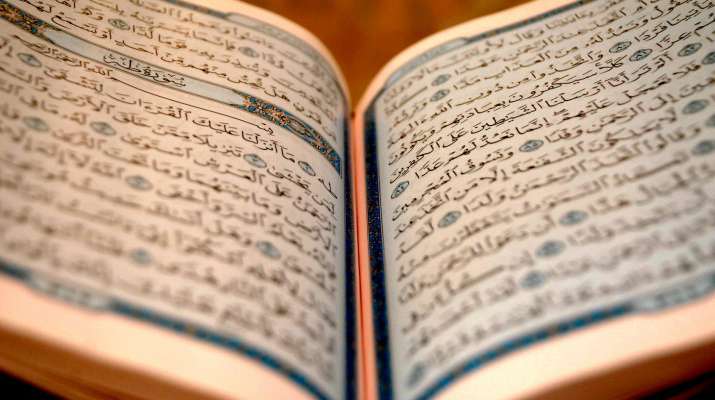 There are over two billion Muslim people throughout the world. The United States has a Muslim population of 8 million, while almost 56 million Muslims stay in Europe. A Muslim believes in ONE GOD, Supreme and Eternal, Infinite and Mighty, Merciful and Compassionate, Creator and Provider. God has no father or mother, no son or daughter. None is equal to Him. He is God of all humankind, not of a special tribe or race. Islam simply means to achieve peace – peace with God, peace with oneself, and peace with the creations of God – through wholly giving oneself God and accepting His guidance. Allah says:

“O People of the Scripture, come to a word that is equitable between us and you – that we will not worship except Allah and not associate anything with Him and not take one another as lords instead of Allah .” But if they turn away, then say, “Bear witness that we are Muslims [submitting to Him].” (Al-Imran: 64)

The fundamental beliefs of Muslims are based on the teachings of their Holy book called the Quran. Islam is not a new faith. Muslims believe that it is the same truth that God revealed through all His prophets to every people. For a fifth of the world’s population, Islam is not just a personal religion, but a complete way of life. Allah says:

And who is better in speech than one who invites to Allah and does righteousness and says, “Indeed, I am of the Muslims.” (Surah Fussilat: 33)

Muslims come from all races, nationalities, and cultures across the globe. They have varied languages, foods, dress, and customs; even the way they practice Islam may differ. Yet they all consider themselves to be Muslim.

A significant effect on giving behaviour toward all the Muslim and Non-Muslims:

Muslims believe in the concept that Allah created human beings from a drop of blood and that he has blessed them with superior intelligence amongst living beings. They believe that the sole purpose of their life is to serve Allah and obey the teachings of the Holy Qur’an. Allah says:

“And strive for Allah with the striving due to Him. He has chosen you and has not placed upon you in the religion any difficulty. [It is] the religion of your father, Abraham. Allah named you “Muslims” before [in former scriptures] and in this [revelation] that the Messenger may be a witness over you and you may be witnesses over the people. So establish prayer and give zakah and hold fast to Allah. He is your protector, and excellent is the protector, and excellent is the helper.” (Al-Haj: 78)

Muslims, believe that human beings should pray and do good things to please Allah and in turn, he will reward them by calling them to his paradise called Jannah after their deaths. Likewise, sinners will be sent to Jahannam or hell after their deaths. Although, This is common with all the religions of the world. Allah says:

And [remember] when I inspired the disciples, “Believe in Me and My messenger Jesus.” They said, “We have believed, so bear witness that indeed we are Muslims in submission to Allah.” (Al-Ma’idah: 1110)

Muslims believe that the soul never dies and that it gets transferred into a newborn body after death. They believe that on Judgement Day (Yawm ad-Dīn), Allah will decide the fate of humanity and human beings will be divided between paradise and hell based on their good/bad behaviour. Allah says:

And Moses said, “O my people, if you have believed in Allah, then rely upon Him, if you should be Muslims.” (Yunus: 84)

The Qur’an has been an inexhaustible source of inspiration for Muslims in every discipline of knowledge and human endeavour. Devout Muslims claim that it speaks to every situation in the life of Muslim societies as well as to the condition of every Muslim individual. Allah says:

Say, “O People of the Scripture, come to a word that is equitable between us and you – that we will not worship except Allah and not associate anything with Him and not take one another as lords instead of Allah .” But if they turn away, then say, “Bear witness that we are Muslims [submitting to Him].” (Surah Ali-Imran: 64)

Muslims have insisted that the Quran applies to all situations at all times. Islam has spread over a vast geographically and culturally diverse area of the world. It has been adapted to suit the needs of various peoples and cultures.