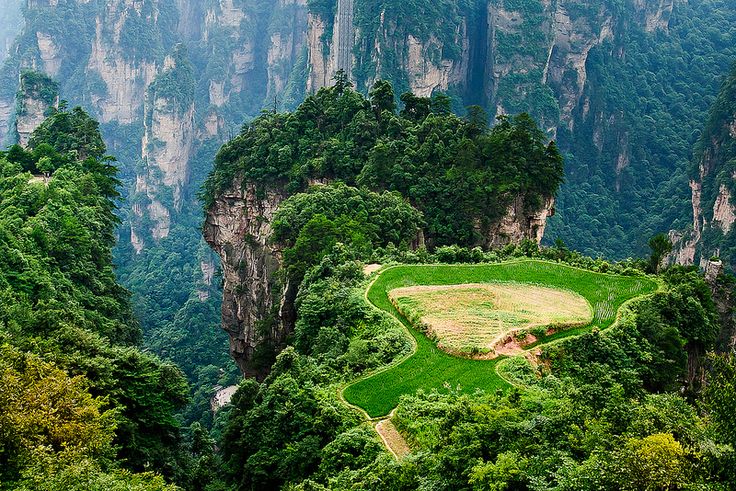 Tianzi Mountain is located in Zhangjiajie in the Hunan Province of China, close to the Suoxi Valley in South Central China. It is named after the farmer Xiang Dakun of the Tujia ethnic group, who led a successful local farmers’ revolt and called himself “Tianzi”.Tianzi Mountain or Tianzishan is one of the travel highlights within the Zhangjiajie Wulingyuan Forest Park where you can see rocky peaks.

Peak after peak emerges from dense fog which frequents the region. They were named after emperor Xiang Dakun, also known as Tianzi, meaning ‘son of heaven’. Thick outcroppings of flora nestle in cracks and crevices of these rocky spires, creating miniature forests on their peaks, reachable only for the birds. Luckily, you can take a cable car through the maze to catch a panoramic view from up high.