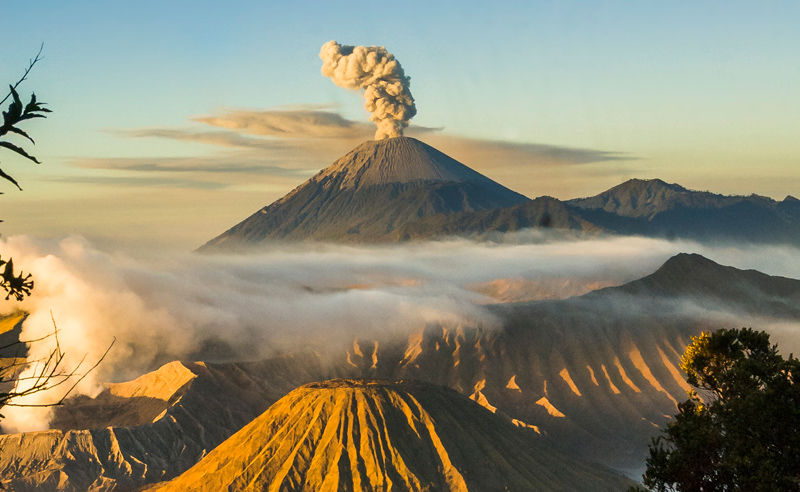 One of the most famous volcanoes of Indonesia is situated here, on the island of Java. Its name is Bromo and it is an active volcano: its crater permanently produces smoke and steam and occasional eruptions take place every now and then (the last one was in 2012). At the same time, this volcano is quite easily accessible: one can get the foot of the mountain by car and then climb the stairs to get the crater. Much easier than the volcanoes of Kamchatka, we should say. And the altitude of the volcano is not that high, only 2392 meters. That is why Bromo is one of the most popular volcanoes, hundreds of tourists visit it every day.

Mount Bromo is an active volcano in East Java known for glorious views of the surrounding basin during golden hours. Every so often it erupts, spewing an ash geyser half a mile sky high, while leaking lava flows on the fields below. Tourists can stop in the nearby Cemero Lawang for supplies before taking an hour walk to the mountain’s base.