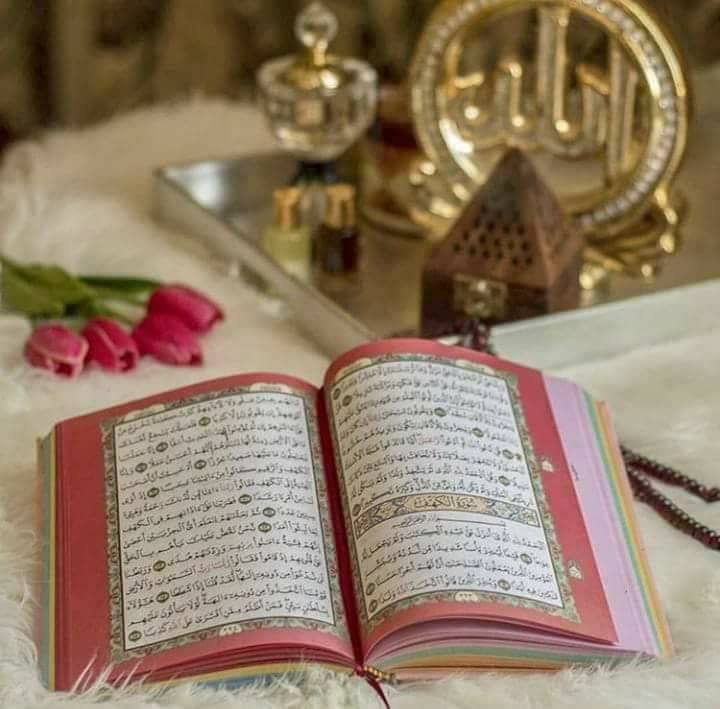 At the core of Islam is the focus of an individual’s relationship with God, their Creator. It encourages a believer to have sustained awareness of God which is a key to lasting happiness. Islam teaches that God is the source of peace. By focusing on this important relationship and following God’s guidance, believers will be able to acquire inner peace and tranquillity. Allah says:

“So direct your face toward the religion, inclining to truth. Adhere to the nature of Allah upon which He has created all people. No change should there be in the creation of Allah. That is the correct religion, but most of the people do not know.” (Surah Ar-Rum 30:30)

The primary reason for this close relationship is that Muslims have a direct connection with their Creator. There is no intermediary, such as praying to, or through, others, in worshipping God. Islam gives a person a clear perspective on the events that happen in their life, both good and bad, as they are, in fact, tested by God. It encourages a person to understand events in the context of the overall purpose of life, which is to acknowledge God and obey Him. Allah says:

He created humans with intellect and free will to test them as to who will willfully choose to follow His guidance. This life is an ultimate testing ground and although we cannot control everything that happens to us, we can control how we react. Islam encourages a person to focus on what is in their control, to be grateful to God for blessings, and to be patient during hardships. Patience or gratitude – this is the formula for a happy life.

Here are some importances and benefits of Islam:

God is One and Unique:

Unlike other religions, Islam is not named after its founder or the community of its birth. Islam is an attributive title that signifies obedience to God, the Creator of the Universe. One of its main beauties is that it acknowledges the complete perfection, greatness, and uniqueness of God with absolutely no compromises. This is reflected in Islam’s pure teachings of the attributes of God. Allah says:

“A faction of the People of the Book say to each other: Belief in that which was revealed to the believers at the beginning of the day and reject it at its end that perhaps they will abandon their religion.” (Surah Ali Imran 3:72)

Islam is a religion in which faith is based on clear proof. It encourages people to use their God-given intelligence to think and ponder over their life and the universe. Although this life is a test, God has provided sufficient signs and guidance to people who are open-minded and sincere to be able to acknowledge the truth. Unlike other religions, there are many clear proofs, signs, and miracles that the book of Islam, The Quran, is from God.

“He (is) the One Who sent down [the] tranquillity in(to) (the) hearts (of) the believers that they may increase (in) faith with their faith. And for Allah (are the) hosts (of) the heavens and the earth, and Allah (is) All-Knower, All-Wise.” (Surah Al-Fath 48:4)

The most rational explanation for the many unique and miraculous aspects of the Quran is that it cannot be from other than God. Islam encourages a balance between hope in God’s mercy and fear of His punishment – both of which are required to lead a positive and humble life. We are born sinless but have the free will to commit sins. God created us and knows we are imperfect and commit sins, but the key is how we react to committing those mistakes. Allah says:

“Say, “O Those who have transgressed against themselves, (do) not despair of (the) Mercy (of) Allah. Indeed, Allah forgives sins all. Indeed He, He (is) the Oft-Forgiving, the Most Merciful.” (Surah Az-Zumar 39:53)

Islam teaches that God is the Most Merciful and will forgive and pardon those who sincerely want to repent. The beautiful steps for repentance include being sincere, remorseful, refraining from committing the sin as well as having the intention not to repeat it. Islam encourages a continuous process of self-development and self-purification. This process happens directly between the individual and God – there is no need for sins to be shared or “confessed” to a righteous person/priest. Furthermore, God does not need to sacrifice himself to forgive sins, nor is anyone “born into sin”.

The Benefits of Islam  in the Quran:

Islam teaches that God is the Most Just and that each person will be held responsible for their actions on the Day of Judgement. Each person is accountable, as they have freedom of choice and intelligence to discern between right and wrong. It is an absolute demand for justice that there be a Day of Judgement where every person is rewarded or punished, otherwise life would be unjust as not everyone receives true justice in this world. Allah says:

“And those who believe and do [the] righteous deeds, surely We will give them a plain Paradise lofty dwellings, flow from underneath it the rivers, will abide forever in it. Excellent is (the) reward (of) the workers” (Surah Al-`Ankabut 29:58)

Islam teaches that ultimately we will be judged for how well we fulfilled our responsibilities and exercised our free will. We will be judged by God, the All-Knowing and All-Wise, who knows and sees everything we do. This encourages a more harmonious society and gives people contentment knowing that justice will ultimately prevail.

Islam’s timeless and beautiful message is the same message as all Prophets.  They all called their people to “Submit to the One True God” which, in Arabic, means to become a “Muslim”. This submission to God enables one to fulfil the purpose of life by acknowledging the greatness of God and sincerely worshipping him alone. In doing so, one will acquire the countless benefits of Islam mentioned above. We should pray to Allah Almighty to guide us towards the right path and help us become pious and righteous Muslims. Ameen!