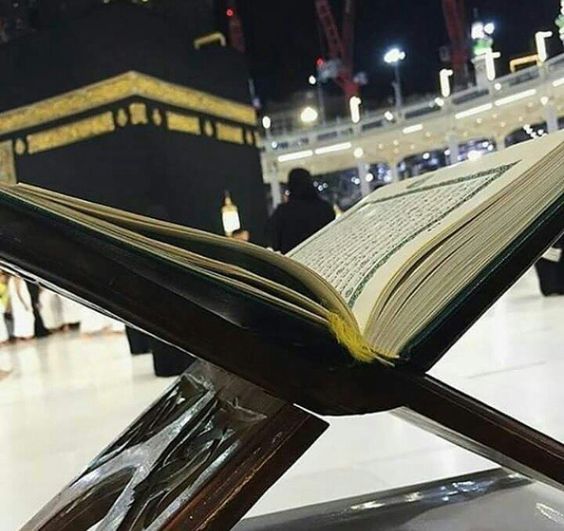 Islam is the name of the religion established by the Prophet Muhammad. One who follows Islam is a Muslim. Islam teaches that God, Allah, created the heavens and the earth. Mankind has been created to come to know Allah. This world is seen as a temporary plane in which we are tested and our good/bad deeds weighed on Judgement Day, i.e. after death. Islam is the only religion in the world that says that its precepts are natural. Allah says:

“So set your face to the religion upright. Nature (made by) Allah (upon) which He has created mankind [on it]. No change (should there be) in the creation (of) Allah. That (is) the religion the correct, but most men (do) not know.” (Surat Ar-Rum 30:30 ).

Islam can be followed by anyone who declares and believes that there is only one God and that Muhammad was His final Messenger. It sees no difference between people other than in their deeds, i.e. race, wealth, nationality, etc. grant you no special status. Muslims pray five times a day, give to charity, fast during the holy month of Ramadan and try to make a pilgrimage once in their lives to Makkah, Saudi Arabia.

Islam is to believe in and to worship The One True God (“Allah” in Arabic) alone and to accept Prophet Muhammad (peace be upon him) as His final Messenger.

God calls on us to acknowledge Him through His signs. God has made it our responsibility to recognize Him. This is part of the test of this life. Without the right attitude, no amount of information can make someone believe.

Beliefs are governed by a principle called Aqeeda – tenets of faith, i.e. the things you have to believe to be a Muslim as opposed to not.

There are 5 well known ‘pillars of Islam’ – these being:

Islam fulfils all the needs of human nature in such a way that by following the path of Islam, a person can attain a state of perfection that is close to divinity. Here is a very brief look at some of the general guidelines that Islam provides for living an ideal life. A point to remember is that according to the Islamic spirit, the first and foremost aim of a believer in following the practices laid down by Islam is to seek Allah’s pleasure. Allah says:

“So if they remove themselves from you and do not fight you and offer you peace, then Allah has not made for you a cause for fighting against them.” (Surah An-Nisa 4:90)

These are simple points that establish boundaries for practising Muslims.

There are also a lesser-known 7 pillars of faith which are:

In the Holy Quran, God teaches human beings that they were created to worship Him, and that the basis of all true worship is God-consciousness. Islam makes it clear that all human acts are acts of worship if they are done for God alone and in accordance with His Divine Law.  As such, worship in Islam is not limited to religious rituals. Allah says:

“If the enemy inclines to peace, then incline to it also and rely upon Allah. Verily, it is He who is the Hearing, the Knowing.” (Surah Al-Anfal 8:61)

The Quran provides a strong argument for the existence of God and it is unmatched in its style, wisdom, guidance, eloquence as well as its uniqueness in how it addresses the reader. The teachings of Islam act as a mercy and a healing for the human soul, and such qualities as humility, sincerity, patience and charity are strongly encouraged.

One of the main beauties of Islam is that it acknowledges the complete perfection, greatness, and uniqueness of God with absolutely no compromises.

The Oneness of God

Islam teaches that a pure belief in One God is intuitive in human beings and thus fulfils the natural inclination of the soul. As such, Islam’s concept of God is straightforward, unambiguous and easy to understand. Islam teaches that the hearts, minds, and souls of human beings are fitting receptacles for clear divine revelation and that God’s revelations to man are not clouded by self-contradictory mysteries or irrational ideas. Allah says:

As such, Islam teaches that even though God cannot be fully comprehended and grasped by our finite human minds, He also does not expect us to accept absurd or demonstrably false beliefs about Him. All-Powerful and Un-Changing – even according to their scriptures.  Suffice it to say that according to Islam, it is not enough that people believe that “God is One”, but they must actualize this belief by proper conduct.

Islam the Religion of Peace

Islam is a religion of Peace. One must realize that peace can never be achieved in the void. It is associated with justice. One can have peace only based on justice. “Justice” means putting everything in its rightful place. If one starts putting things in the wrong places, then he disturbs social harmony and peace. Islam focused on spreading peace around the world. Allah says:

Islam is a comprehensive way of life and speaks about almost every matter of life. However, the above mentioned are some concepts that can easily be traced and observed in every Muslim as they are the core of the Islamic belief system. By accepting to live a God-conscious life, and realizing that the only thing that distinguishes people in the sight of God is their consciousness of Him, a person’s true human dignity is realized. Allah says:

“Indeed, those who believed and those who emigrated and strove in (the) way (of) Allah – those, they hope (for) Mercy (of) Allah. And Allah (is) Oft-Forgiving, Most Merciful.” (Surah Al-Baqarah 2:218)

The true balance of Islamic life is established by having a healthy fear of God as well as a sincere belief in His infinite Mercy.  A life without fear of God leads to sin and disobedience while believing that we have sinned so much that God will not possibly forgive us only leads to despair.  In light of this, Islam teaches that only the misguided despair of the Mercy of their Lord.  Islam teaches that true happiness can only be obtained by living a life full of God-consciousness and being satisfied with what God has given us.