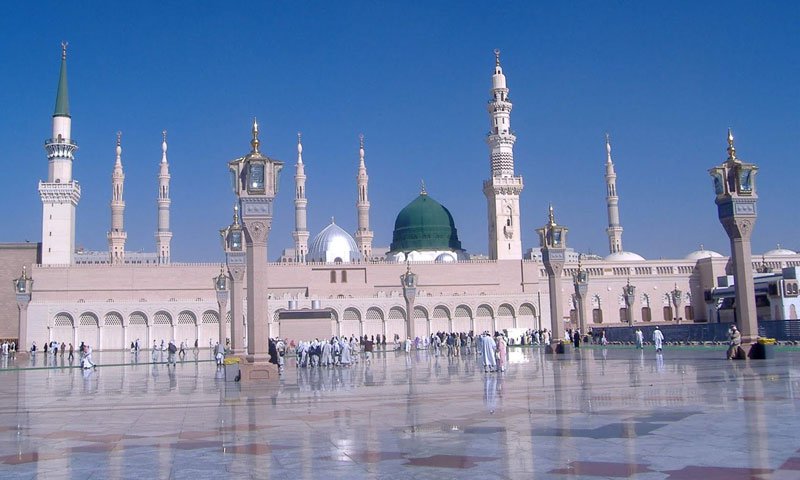 “Never will you attain [the] righteousness until you spend from what you love. And whatever you spend of a thing then indeed, Allah of it (is) All-Knowing.” (Surah Al Imran, 3:92)

Millions of Muslims visit this beautiful mosque every year for offering prayers from around the world, for it is the symbol of their emotional attachment with Muhammad (PBUH). The original mosque was very simple, which had a roof covering straw, walls with date branches, and pillars of supportive tree trunks and a floor of bare sand. Its appearance and interior have been restructured many times over the past centuries to have a room for the maximum number of lovers of the Prophet (PBUH) to offer prayers at a time. Allah says:

Here are some points about great masjid in Madinah that might give you the extra push to go for a visit:

Some Amazing Facts about Masjid Nabawi in Madinah:

Following is a list of some of the facts about it:

Every Muslim dream is to visit the two Holy Cities, Mecca, and Madinah, and visit the great masjids there.  Most Muslims, after returning from these places, can’t wait to return there and worship Allah in the ancient and magnificent city of Mecca, wherein lies the Kaaba, or relax in the unexplainable tranquillity found in Madinah, praying in the same masjid that the Messenger of Allah Muhammad Sallallahu Alayhi wa Sallam and his companions prayed in.

“All [the] food was lawful for (the) Children of Israel except what Israel made unlawful upon himself before [that] (was) revealed the Taurat. Say, “So bring the Torah and recite it if you are truthful.” (Surah Ali ‘Imran 33/;93)

The mosque of Muhammad (PBUH), i.e. Masjid-e-Nabawi is one of the greatest mosques in the history of Islam, which has laid the foundations for Muslims to not only pray and learn about the teachings of Allah but also preach it to others.