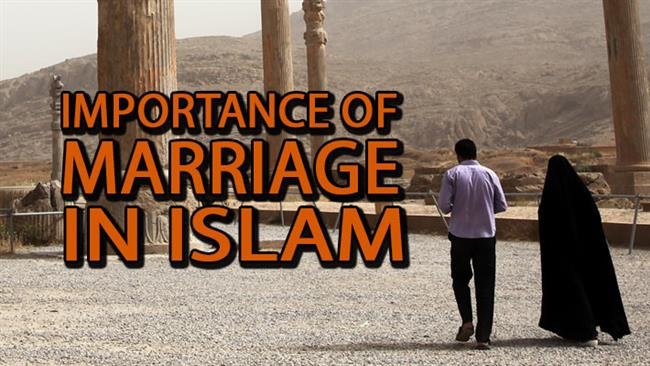 Marriage (nikah) is a solemn and sacred social contract between the bride and groom, and it is considered a great act of worship in Islam. In Islam, marriage is a social and legal relationship intended to strengthen and extend family relationships. Islamic marriage begins with a search for an appropriate partner and is solemnized with an agreement of marriage, the contract, and the wedding party. Allah says:

“Among  His signs is that He created for you mates from yourselves that you may find tranquillity in them, and He placed between you love and mercy. Verily, in that are signs for a people who give thought.” (Surah Ar-Rum 30:21)

Marriage in Islam teaches both men and women to stay ready to sacrifice and endure for his/her life partner. The main purpose of marriage is protection against a sinful life and living a life according to the teachings of Islam.

There are some reasons due to which Islam gives so much Importance to Marriage in Islam:

Marriage in Islam is an obligation that is greatly encouraged by Allah and very beloved to the prophet Muhammad (ﷺ). The Prophet (ﷺ) himself has mentioned, “Marriage is from among my ways”, hence to get married is a sunnah and the person acting upon a sunnah of the Prophet (ﷺ) will be rewarded greatly by Allah.

Marriage in Islam has a range of logic behind it. Some of them are given below.

Islam is easily the second-largest religion in the world. All Muslims belong to a community of believers called the ummah. Marriage in Islam must be between opposite-sex partners who are not too closely related to each other. Muslim men are permitted to choose wives from among fellow believers. Nikah is one of the things which is very important in Islam, it is also being called the Sunnah of Prophet Muhammad (PBUH). Allah says:

Marriage is an act pleasing Allah Almighty because it is by his commandments that husband and wife love each other and help each other to make efforts to continue the human race and raise their children to become true servants of Allah. Islam promotes love, care, and respect in the Muslim society where wives and husbands live happily with their children and families.

Marriage in Islam is from the Sunnah (legal ways) of the Prophet (PBUH). Marriage is a great virtue and a means of salvation in our religion (Islam). It is our religious duty and moral safeguard. Marriage is a contract made by male and female to live together as wife and husband and a tie that strengthen their relationship. It is because of this holy tie that families are established in our societies and communities. Allah says:

“Marry the unmarried among you and the righteous among your male slaves and female slaves. If they should be poor, Allah will enrich them from His bounty, for Allah is All-Encompassing and Knowing.” (Surah An-Nur 24:32)

Allah Almighty created men and women as company for one another, and so that they can become parents and live in peace and calmness according to the commandments of Allah Almighty. We ask Allah to guide us to the Right Path, grant us ample resources to marry and to guard our chastity, make us capable to act upon His commands and following the Sunnah of His beloved Prophet Muhammad (PBUH). Ameen