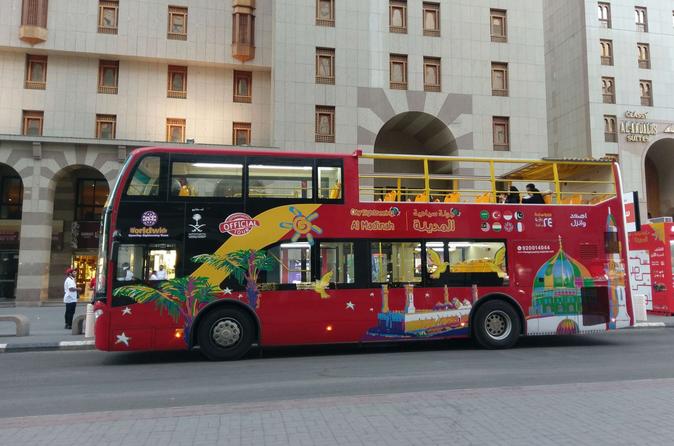 The word Medina can be translated as “city”. This is the second holy city for all Islam people. According to one theory, Medina has been the first city that followed the precepts of the Great Prophet. Medina is the world’s largest religious centre, the entrance to its territory is limited to Muslims only.

The main place of interest in the city is located in its very centre. This is a complex of mosques named Masjid al Nabawi. It is believed that once the house of the Prophet Muhammad was built in this place. Not far away from the walls of his house, he built the first mosques.

The Virtue of Madina

The virtue of Madina: “For the believer, Madina is the best place. If only they could understand its virtue fully, they would never leave it, and whoever departs from Madinah, having become disenchanted with it, Allah will send someone better to replace him. And whoever bears patiently the ordeals of Madinah, for him shall I be an intercessor(or witness) on the Day of Qiyamah.” [Muslim]

MADINA IS IMMUNE TO DAJJAL: “There will be no town which Ad-Dajjal (the anti-Christ) will not enter except Makkah and Madinah, and there will be no entrance (road) but the angels will be standing in rows guarding it against him, and then Madinah will shake with its inhabitants thrice and Allah will expel all the nonbelievers and the hypocrites from it.” [Bukhari]

Many pilgrims, if they have time after performing Hajj and Umrah, pray in The Prophet’s Mosque before returning home. Indeed, he said, “One Salat offered in my mosque is superior to 1,000 Salats offered in other mosques except for Al Masjid Al Haram.” The Prophet (PBUH)’s burial place is marked by a bright green dome in the southeast corner of the mosque.