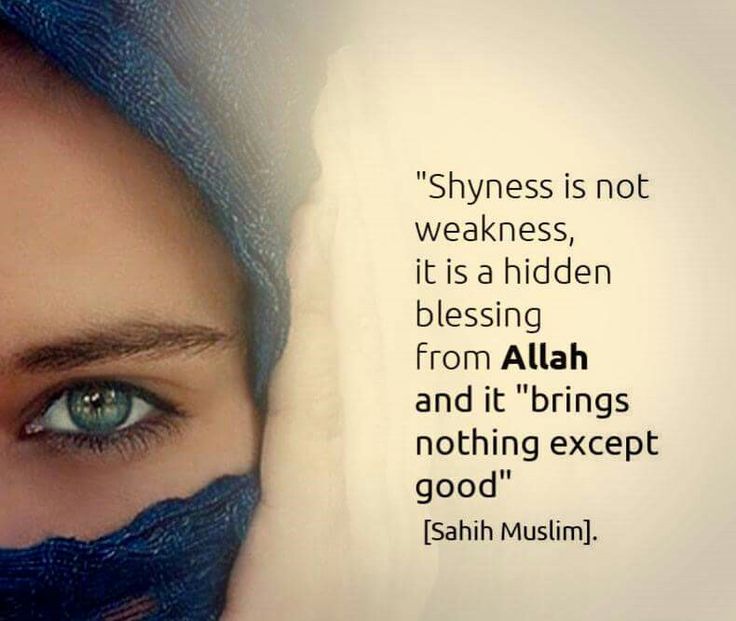 Haya itself is derived from the word Hayat which means life. This term covers a wide number of concepts. In English, it may be translated as modesty, shyness, self-respect, bashfulness, shame, honour, humility, etc. The original meaning of Haya according to a believer’s nature, refers to a bad and uneasy feeling accompanied by embarrassment, caused by one’s fear of being exposed or censured for some unworthy or indecent conduct. Allah Says:

“That Day, Allah will pay them in full their recompense, the due, and they will know that Allah, He (is) the Truth the Manifest.” (Surah An-Nur 24:25)

Islamically Haya is an attribute that pushes the believer to avoid anything distasteful or abominable. It keeps him/her from being neglectful in giving everyone what is due upon them, and if for any reason he/she is not able to keep up with his/her commitment then they will feel extremely uncomfortable and ashamed about this. The reason is that he/she will have displeased Allah by breaking a commitment.

Shy is a human characteristic that can assist himself from bad deeds and disgrace. It can also help humans to avoid all forbidden deeds so they can maintain their pride and dignity.  Shy already exists since we were born or it can also as a habit. Shy in Islam is needed to manage human morals because it is part of human faith. One of the hadith is mentioned that she is a substation of human faith to Allah.

Shy can also make something become beautiful different from vicious that can only lead to something bad or horrible. Someone will not fall to badness by having the feeling of shame. It can give goodness to someone and avoid of himself to the vile attitudes. It means that the angels are feeling shame to all His ummat who are being faithful to Allah.

“Haya does not bring anything except good.” (Bukhari)

Haya: The value of shyness:

Abu Huraira (RA) reported: The Messenger of Allah (SAW) used to say while prostrating himself:

Shy as one of the human personalities can help human itself out from all the actions which caused of sin. By having this nature, it means he still has faith inside of his heart. When someone does not have the characteristic of shyness, he will lose his faith and it is also be affected in vice verse. Haya plays a huge role in the lives of Muslims because it is a very important part of our Iman (faith/belief). If we do not have any form of haya within us then it is most likely that our Iman is very weak.

In conclusion, being shy in Islam is considered as a good attitude. As good Muslims, we are eager to maintain shyness as our character inside of us. The reason is that nowadays, many people are losing their shyness (one of the attributes of the end of time in Islam). it is also recommended to all Muslims to always behave in good ways and good morality as Allah SWT was mentioned in the source of Shari’ an Islam in consistence with the basic law of Islam.