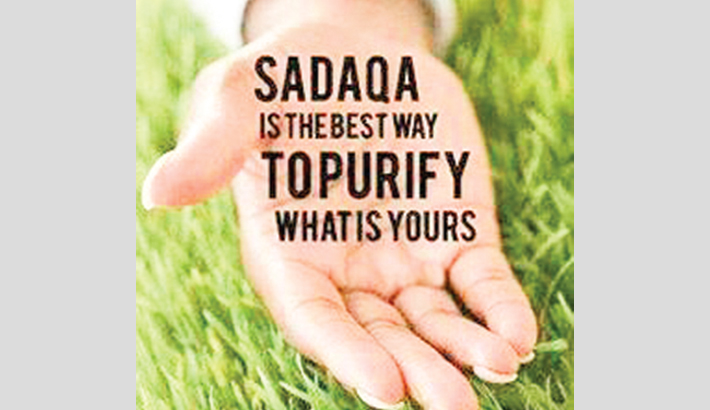 Almost every day we spend thousands of money on food, dresses, ornamentation and other “essentials” of life, but when it comes to giving sadaqah, we can have a lot of excuses like being short of money, under debt, not being capable, or delayed salary, and so on. Sadaqah (charity) is about giving something to someone with the sole purpose to please Allah. It is voluntary that may be given at any time of the year and in any amount. Allah says:

“Only the charities (are) for the poor, and the needy and those who collect them, and the ones inclined their hearts, and in the (freeing of) the necks, and for those in debt and in (the) way (of) Allah, and the wayfarer – an obligation from Allah. And Allah (is) All-Knowing, All-Wise. (Surah At-Taubah 9:60)

Sadaqah and Zakah are two very different concepts described by the Quran which can be confused by inconsistent translations. Whereas Sadaqah at its core is a charitable deed that can manifest in multi-faceted forms, Zakah seems to have a very specific purpose and remains obligatory to the community. Any avoidance of paying Zakah attracts very strong condemnation by the Quran. Allah says:

“Do you fear that you will not give in Sadaqat before your consultation? So when you do not do it and God has turned to you (mercifully), then keep up prayer and pay Zakat and obey God and His Messenger; and God is Aware of what you do.” (Surah Al-Mujadila 58:13)

Sadaqah has been mentioned by Muslims as a way to thank Allah and guard themselves against any kind of difficulties. Also, it helps society by providing support to the needy and the poor. Sadaqah is a way for those whom Allah has blessed with wealth to share with their relatives and neighbours in need.

In Islam, giving Zakat and Sadaqah (charity) has enormous rewards. The Quran verses and the Prophet’s (Sallallahu Alayhi Wa Sallam) ahadith attest to the fact that giving charity not only is an act of kindness toward the recipients but it has enormous benefits for those who give it including warding off life’s challenges and problems and resulting in the increase of one’s wealth. The following sheds some light on such rewards. Allah says:

First, let’s clear up the distinction between Zakat (Zakah) and Sadaqah. Zakah is an obligatory act and an important pillar of the Islamic faith. It is enjoined in Islam on specific things such as possession of gold, silver, crops, fruits, trade goods and livestock, i.e., camels, cattle and sheep. As Zakat is obligatory, this means that whoever dies and owes Zakah, his heirs must pay it from his wealth, and that takes precedence over the will (wasiyah) and inheritance.

Unfortunately, many who give to the needy and the poor (especially from friends and family) keep reminding them of their actions after giving to maintain some sense of superiority. Allah mentions in the Quran that for us to get the reward, we should refrain from indulging in such acts. Allah says:

“If you give alms openly, it is well, and if you hide it and give it to the poor, it is better for you; and this will do away with some of your evil deeds, and Allah is aware of what you do.” (Surah al-Baqarah 251)

Sadaqah and charity is not something that we should give only once in a while. Rather, we should try to find a way to give daily to the needy, even if it’s little. If only we knew the blessings and rewards from such acts and how Allah saves us from life’s daily problems, we would give daily. Allah says:

Spend in charity if you want Allah to spend on you:

Many of us hesitate to give using the excuse that we don’t have enough to give. We should give the best of our possessions in the Path of Allah. We should avoid giving something to others which we dislike. Therefore our choice of wealth will define the passion of our love towards Allah. We must always give charity wholeheartedly without thinking of it as a burden upon us. Allah says:

The act symbolizes our will to give up some of our bounties, to strengthen ties of friendship and help those who are in need. It is to train us how to surrender ourselves to the will of Allah for the sake of serving humanity. Allah says:

Certainly, sadaqah is the greatest investment for this world and the hereafter. In return, we get good health, blessings and prosperity, and Divine shade on the Day of Judgement, and it also defends us from many kinds of calamities. We just must give sadaqah generously and leave the rest on Allah. He better knows what is good for us. We recognize that all blessings come from Allah, and we should open our hearts and share them with others.