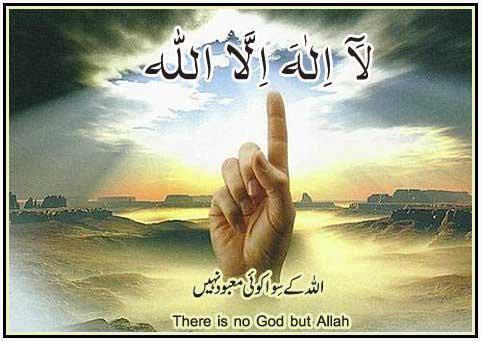 Verbally conveying LA ILAAHA ILLA-ALLAH isn’t enough. A condition is a requirement for something to be or happen. The conditions of Tawheed are of great importance, it is compulsory on every Muslim to know and implement them in their daily lives. This is because if a person breaks one of these conditions, his Islam is nullified.

Every Muslim knows that the key to Paradise is the statement, “There is none worthy of worship except Allaah.” Yet too many Muslims simply rely upon this statement and believe that as long as they have made this statement, nothing will harm them. Allah says:

“Indeed, We [We] have revealed to you the Book in truth; so worship Allah (being) sincere to Him (in) the religion.” (Surah Az-Zumar 39:2)

A person can only become a Muslim if these conditions are met and implemented because the heart should confirm with the tongue in terms of theory, knowledge, action, practice, belief, acceptance, love and compliance.

It means that the belief in Shahadah should be accompanied with adoring and acting upon the instructions of Allah SWT and His Messenger ﷺ, loving someone else for His sake only and also hating on certain matters of life just because they lead towards immorality.

There are some conditions of “LA ILAAHA ILLA-ALLAH”:

Say, “If are your fathers, and your sons, and your brothers, and your spouses, and your relatives, and wealth that you have acquired and the commerce, you fear a decline (in) it and the dwellings you delight (in) it (are) more beloved to you than Allah, and His Messenger and strive in His way, then wait until Allah brings His Command. And Allah (does) not guide the people – the defiantly disobedient.” (Surah At-Taubah 9:24)

Compliance with ‘La ilaha illallah’ as opposed to shirk in the sense that the one who does not act according to it and complies with its requirements will certainly be a Mushrik (a person who associates partners with Allah azawajal). So anyone who fulfils all these conditions has gained the light with which he worships Allah azawajal and he has ultimately followed the right and straight path. Allah says:

“And among the mankind who takes from besides Allah equals. They love them as (they should) love Allah. And those who believe[d] (are) stronger (in) love for Allah. And if would see those who wronged, when they will see the punishment that the power (belongs) to Allah all and [that] Allah (is) severe (in) [the] punishment.” (Surah Al-Baqarah 2:165)

“And whoever submits his face to Allah while he (is) a good-doer, then indeed, he has grasped the handhold the most trustworthy. And to Allah (is the) end (of) the matters.” (Surah Luqman 31:22 )

Such that, by Allaah’s mercy, in the Hereafter, our shahadah will be the key to Paradise for us and the gates of Paradise will swing wide open for us and we will be able to live forever in the bounties of Paradise, with Allaah being pleased with us. Allah says: