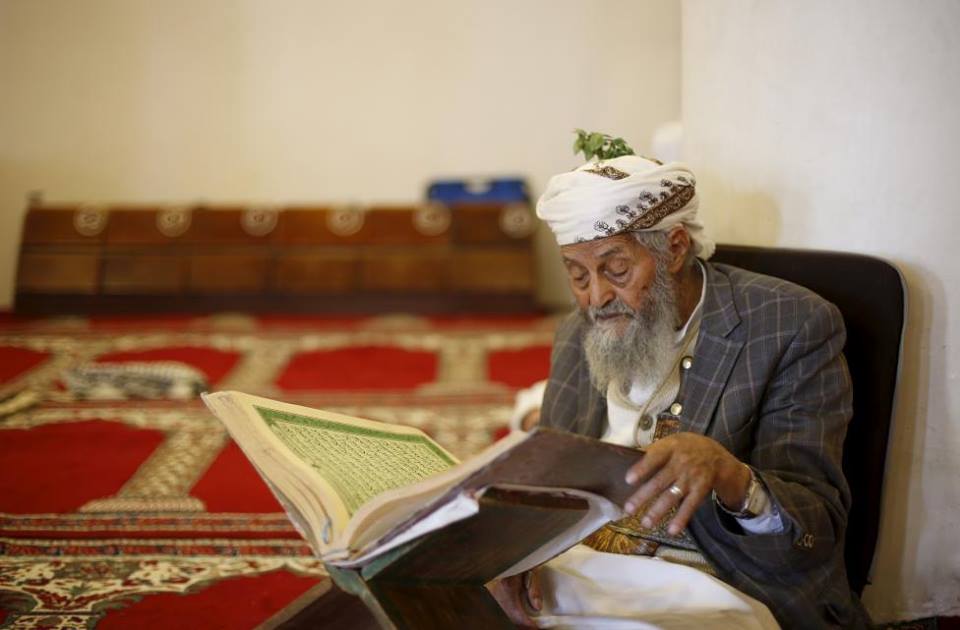 The Quran is the holy book that Muslims recite and turn to for guidance in all aspects of their lives. Its verses have remained intact since their original revelation by God in the 7thcentury. The Quran is the eternal miracle of the Prophet Muhammad. The distinctive approach of the Quran is that its spiritual message includes practical injunctions aimed at the general welfare of individuals, society and the environment in which we live. Allah says:

Say, “O People (of) the Book! Come to a word equitable between us and between you – that not we worship except Allah, and not we associate partners with Him – anything and not take some of us (to) others (as) lords besides Allah.” Then if they turn away, then say, “Bear witness that we (are) those-who-submit/Muslims.” (Surah Al-Imran 3:64)

Monotheism is a prominent theme of the Quran, affirming that God is One without any partners. All the miracles of the Prophets ended with their death, except Prophet Muhammad whose miracle is still preserved. Islam is a continuation of the message received by previous prophets, such as Noah, Abraham, David, Moses and Jesus, peace be upon them all. Allah says:

The Quran is the last testament in a series of divine revelations from God (Allah in Arabic). It consists of the unaltered and direct words of God, which were revealed through the Angel Gabriel to Muhammad, the final prophet of Islam, more than 1400 years ago. Allah, The Almighty, Confirms this fact when He Says (what means):

Here are some facts about the Holy Quran:

The Quran was revealed to Prophet Muhammad over a period of 23 years. The unique rhythmic style of the Quran made it easy to memorize, which has been the main source of its preservation. Moreover, since Prophet Muhammad could not read or write, he appointed scribes to record the Quran as it was being revealed to him. Thus, the complete Quran was not only memorized by Prophet Muhammad and many of his companions, but it also existed in its entirety in written form his lifetime. Allah says:

A foundational message in the Quran is its emphasis on righteous conduct built on firm belief and love for God. The Quran acknowledges human desires while reminding individuals to cultivate their souls. Since there was to be no messenger after Muhammad, the Book revealed to him (i.e. the Quran) was preserved word for word so that it should be a source of guidance for all times. Allah says:

“Indeed We, We revealed to you the Book for [the] mankind in truth. So whoever accepts guidance, then (it is) for his soul; and whoever goes astray then only he strays against his (soul). And not you (are) over them a manager.” (Surah Az-Zumar 39:41)

The Quran’s message is eternal and universal, transcending our differences in race, colour, ethnicity, and nationality. It provides guidance on every facet of human life – from economics and the ethics of trade to marriage, divorce, parenting, gender issues, and inheritance.

“Do you order [the] people [the] righteousness and you forget yourselves, while you [you] recite the Book? Then, will not you use reason?” (Al-Baqarah 2:44)

“Then (do) not they ponder (on) the Quran? And if it had (been) from other than Allah, surely they (would have) found in it much contradiction.” (An-Nisa` 4:82)

Quran guide the spiritual, social and intellectual needs of humanity. It encourages us to remember God often, to humble ourselves before Him, to fulfil our promises, to work together as a community and to remain patient and perseverant in times of hardship. Quranic stories teach us the importance of placing our trust in God, speaking the truth in the face of injustice and dealing with fellow humans with mercy. Allah says:

“(This is) a Book We have revealed it to you, blessed, that they may ponder (over) its Verses and may be reminded those of understanding.” (Sad 38:29)

God calls on humans to use their intellect and reflect on the world around them. The Quran encourages humankind to recognize the signs of God’s existence in the precise order of the universe and the careful placement of every object in the total scheme of creation. There are many miracles in the Quran that themselves attest to the fact that this truly is a divine scripture. Allah says:

“Indeed, Allah and His Angels send blessings upon the Prophet. O you who believe! Send blessings on him and greet him (with) greetings.” (Al-Ahzab 33:56)

Through it all, God kept on revealing the Quran to him piecemeal. Occasionally, the revelations stopped temporarily, reminding him and others that he had no control over them. Once, when two envoys posed some questions to him, he replied, “Tomorrow I will tell you.” He expected God will inspire the answers in him through revelation and he waited for Angel Gabriel. Allah says:

The Quranic message is relevant to every nation and era – another proof that the Quran is truly the Word of God. Intending for this Book to remain a source of guidance, inspiration, wisdom and healing for all of humanity. However, the revelation did not come during the next few weeks even as Meccans taunted him. Finally, God sent him a response while admonishing him.