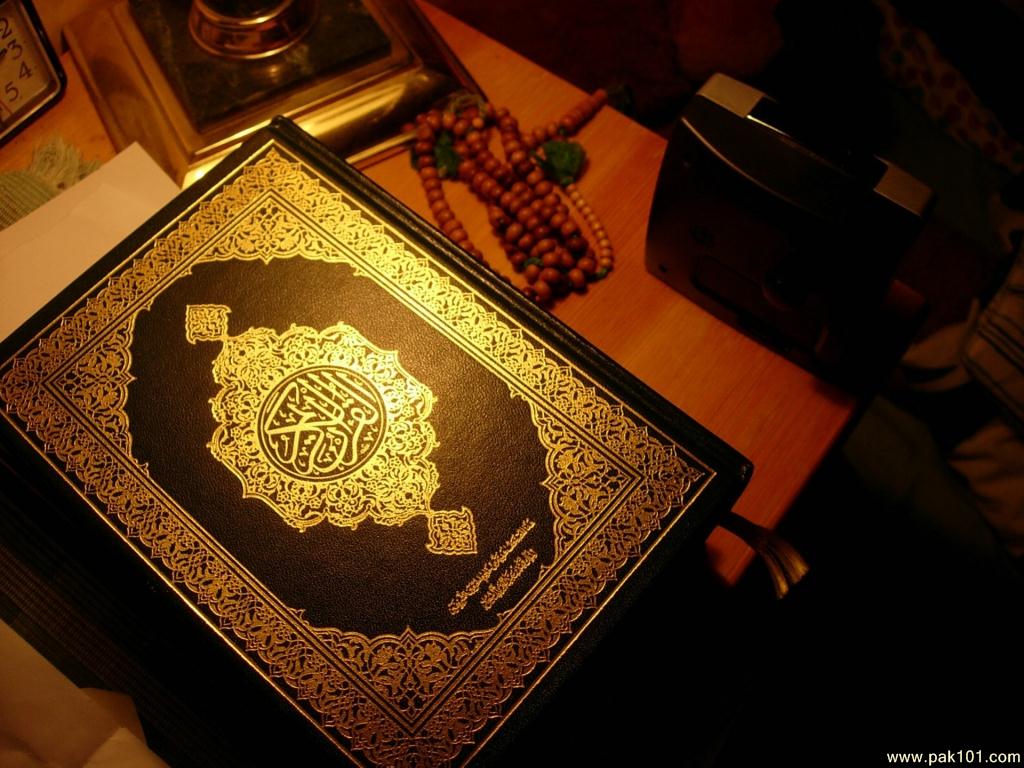 God has created this world for a specific test of human beings. The test is composed of ‘purification of their souls’ which is another name of ‘personality development. The person who purifies his/her personality from moral filth will be successful in both this test world and the real world, which is the hereafter. The person who fails to do this, will not prosper in any of these worlds. Allah has commanded us three kinds of rights: the rights of Allah and his Prophet, the rights of self or our own life and the rights of people. So, for a good Islamic life, Allah says:

“(Does) not get the tired man of praying (for) the good, but if touch him the evil then he gives up hope (and) despairs.” (Surah Fussilat 41:49)

Allah wants a balance between all kinds of rights. Almighty Allah has created man in such a way that is based on balance and tolerance. This balance and tolerance lead to a state of peace in human life. Personality development is described in the Quran as the primary objective of religion, and. Allah, the Almighty says:

“So will be (the) end of both of them, that they (will be) in the Fire abiding forever therein. And that (is the) recompense (of) the wrongdoers.” (Surah Al-Hashr 59:17)

The very significant point is that peace starts from the human personality. A personality is a single unit of mankind. If there is no peace inside man and if there is no balance and tolerance in his own personality, how can he provide peace, tolerance, and balance to mankind in his social and collective life? If you cannot provide tolerance, balance, and peace to society how can you provide that to mankind at a global level? Allah says:

“Indeed, We [We] offered the Trust to the heavens and the earth and the mountains, but they refused to bear it and they feared from it but bore it the man. Indeed, he was unjust ignorant.” (Surah Al-Ahzab 33:72)

Islam places the significance of peace in a practical sense at all levels. A Muslim recognizes the signs of the unlimited power of Allah in the universe, and so his faith in Allah increases. He takes good care of his body, promoting its good health and strength. He is active, doesn’t eat in excess; but he eats enough to maintain his health and energy. He understands that a strong believer is more loved by Allah than a weak believer. Allah says:

“Indeed, in (the) creation (of) the heavens and the earth and (in the) alternation (of) the night and the day (are) surely Signs for men (of) understanding.” (Surah Al Imran 3: 190)

The Muslim keeps away from drugs and stimulants. He also does not forget to exercise regularly to maintain his physical fitness. The Muslim also keeps his body and clothes very clean. He bathes frequently. The Prophet Sallallahu `Alayhi Wa Sallam ( may Allah exalt his mention ) placed a great emphasis on cleanliness and bathing. Cleanliness makes Muslims more likeable to people.

“But whoever fears from (the) testator (any) error or sin, then reconciles between them, then (there is) no sin on him. Indeed, Allah (is) Oft-Forgiving, All-Merciful.” (Surah Al-Baqarah 2:182)

He also takes care of his mouth and teeth. It is no surprise that the Muslim is concerned with his clothing and appearance. The Muslim does all of this in accordance with the Islamic ideal of moderation, avoiding the extremes of exaggeration and negligence. Allah Says:

“O mankind! Consciously revere your Lord the One Who created you from a soul single and created from it its mate and dispersed from both of them many men and women. And consciously revere Allah (through) Whom you ask [with it] and the wombs. Indeed, Allah is over you Ever-Watchful.” (Surah an-Nisa 4:1)

The Muslim does not envy others. He fulfils his promises. He has the attitude of shyness. He is cheerful. He is not pushy. He is patient. He avoids slandering or uttering obscenities. He does not unjustly accuse others. He is shy and modest. He does not interfere in that which does not concern him. He refrains from gossiping, spreading slander and stirring up trouble. He avoids false speech and suspicion. Allah says:

The Muslim is fair in his judgments. He is not a hypocrite, a sycophant or a show-off. He does not boast about his deeds and achievements. He is straightforward and is never devious or twisted, no matter what the circumstances. He loves noble things and hates foolishness. He is generous and does not remind others of his gifts or favours.

All beings have a structure. Principles and laws that form improve and change the human, animals, and plants expose this structure. This structure is called ‘fitrah’, “The laws of science, technology, and human relations are also extracted from this structure.”

This verse applies to the following occasions:

Now (thus it is:) when an affliction befalls man, he is likely to cry out to his Sustainer, turning unto Him (for help); but as soon as He has bestowed upon him a boon by His grace, he forgets Him whom he invoked before, and claims that there are other powers that could rival God – and thus leads (others) astray from His path. Nature (fitrah) is learned from signs that are created, and that is revealed by God. Everything God creates is a sign. The Almighty God ordains:

Benefits, expectations or wannabes are the main instincts that push them to behave like that. Then they get used to behaving this way and do not feel disturbed, and even begin to enjoy themselves. But when they think a little about it, the discomfort hidden inside comes out of nowhere. Allah says:

Sins are behaviours that are against nature. Good deeds are behaviours that comply with nature but are difficult to perform. Man feels the rights and wrongs inside. No rulings of the Qur’an contradict nature (fitrah), because fitra is Islam. Nature and Qur’an must be utilized well to be able to expound on one another. If any conflict emerges, that must be because of not duly complying with the Book. God commands:

“And when We cause people to taste mercy, they rejoice therein. But if afflicts them evil for what have sent forth their hands, behold! They despair.” (Surah Ar-Rum 30:36)

It is also probable to corrupt humans and the environment by using the results obtained via science and technology against the creation. Indeed, such disasters are rife in this day and age. Allah says:

“And Allah created the heavens and the earth in truth and that may be recompensed every soul for what it has earned, and they will not be wronged.” (Surah Al-Jathiyah 45:22)

God has created mankind in such a way that if they ponder over their own creation and their perpetual dependence on their Sustainer, and if they keenly observe and meditate about the manifestation and signs of His wisdom, power, and providence, they will confess and bear testimony to His existence as the One God, who creates them and sustains them.