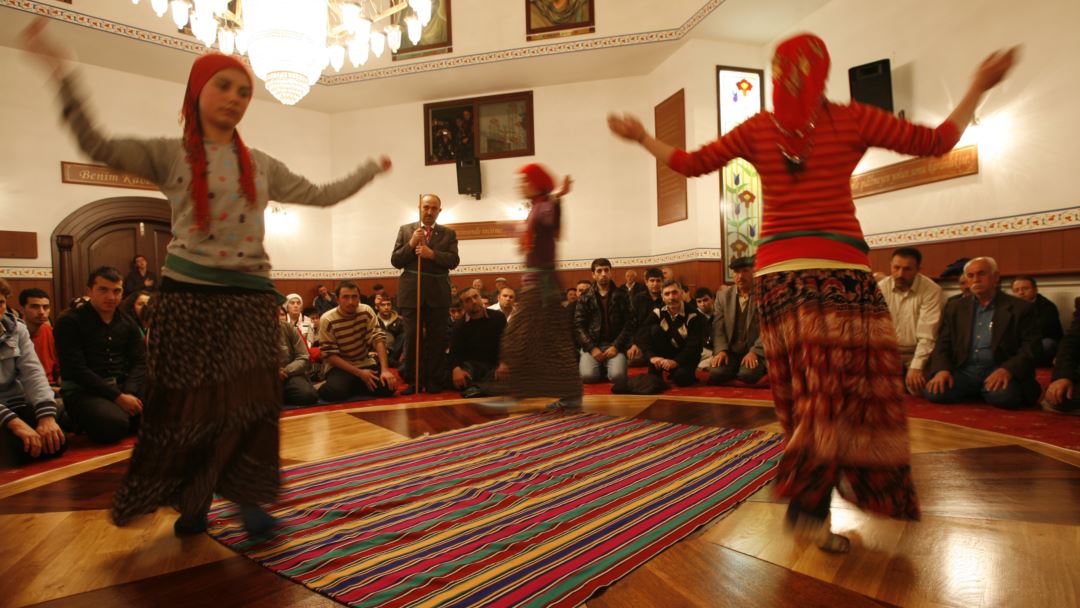 Dancing is a movement of the body that follows the rhythm in a special place and time. Commonly, It is followed by music or song. Dancing in Islam is ar-raqshu. In the dictionary of Mu’jam Al Wasith, dancing is someone who moves his position and shakes his body according to the rhythm of music or song. Allah says:

“And (do) not walk in the earth (with) insolence. Indeed, you will never tear the earth and will never reach the mountains (in) height.” (Surah Al-Isra: 17:37).

Commonly, dancing is done by women. Men do that, too. But women dancer is more numerous than men dancer because they are more interesting for the viewers. In this chance, this article will discuss the prohibition of dancing in Islam below:

Most women dance as their entertainments that lead to worldly pleasures, they often dance with clothes that do not cover their aura, shaking their body and their hips to give happiness for the viewers. Allah says:

“O wives (of) the Prophet! You are not like anyone among the women. If you consciously revere (Allah) then (do) not be soft in speech, lest should be moved with he who, in his heart (is) a disease, but say a word appropriate.” (Surah Al-Ahzab: 33:32)

The explanation from that verse is Allah SWT forbids humans to conduct excessively in the pursuit of worldly pleasures. Allah SWT and His Messenger never command or recommend their people to dance, moreover if that dancing is done by a woman who shows their aurat because it can cause the lust of the viewers and sins for that woman.

Prohibition of dancing in Islam based on the Hadith

In the era, Rasulullah saw, there was a dancing show from people in the mosque (Exactly in the Eid al-Fitr). This hadith is narrated by Aisha (the wife of Rasulullah saw) “The people of Habasyah played with their war equipment, Rasulullah spread out silk, so they did not show me (Aisha) I watched them. I continued to do so until I was reluctant  to saw them again.” (Bukhari number 5190),

“They played spears in front of Rasulullah.” (Narrated by Muslim)

That hadith tells that there was a group of a dancer who dances with playing war equipment. At that time, Aisha watched them with Rasulullah saw. That dancing was done by men (there were no women). That dancing was allowed because it did not contain lust, that dancing contained about war and no women dancer showed their awra.

Dancing is allowed if it does not imitate disbelievers, for example, dancing with showing awra, shaking their hips, and other ways that cause lust. But if the dancing is done like a modern dance that shows the awra of dancers and it causes lust, then the law is haram. It is narrated by the hadith below,

“The law of dancing is makruh, but if it is done with imitating disbelievers, then it becomes haram.” (Liqaa Baabil Maftuh page 18)

Why is dancing prohibited?

There is no verse in the Quran or any Hadith that dancing is Haram but normally because people dance to show to the other people, you know we have dance performance on the stage and thousands of watching you so normally in terms of Hijab reason and we wouldn’t like to expose our ladies, our mothers, our sisters, our daughters on the stage and thousands of people looking at them. Allah says:

“Except their spouses or what they rightfully possess then indeed, they (are) not blameworthy.” (Surah Al-Mu`minun 23:6)

So any profession in which the body is used as a show to entertain the people is prohibited that is the reason dancing in public and dancing in parties where the opposite sex mixing many times and the rules of dancing conflict with the rule of Islamic Shariah and normally today we have girlfriends and boyfriends and you dance in front of other people so because it breaks the system of Islamic Hijab and that is the reason first face it is prohibited.

The Law of Dancing for Women

Women are not allowed to dance by movements that can cause lust, such as:

As the servant of Allah SWT, we should follow His commands, so that we can be avoided from bad deeds and behaviour beyond the boundary.

We know it’s not possible, no man can get the stars or the moon for his lover but yet we keep on repeating so because of this general rule is that music does take a person from the remembrance of the Almighty and that is a reason our Beloved Prophet (SAW) prohibited music in instrument except for duff or as generally with your voice, for example: when a person recites the Quran and his voice is good, that’s permitted because that takes a person towards Almighty.

Dancing That is Allowed in Islam

Allah the Merciful never makes His servant in difficultness; He always provides us with how to make life easy in Islam. Allah SWT always gives goodwill as His loves. Every woman has had a body that is used to do her activities. Sometimes, she wants to move and dance to make them happy.

Here are the laws of dancing for women that are allowed in Islam:

That hadith explains that women are free to dance in many ways as long as it is in front of their husbands. Instead, it becomes rewards and worships for her.

“The dancing of a wife special for her husband, the law is halal in anyways.” (Fatawa Syaikh Masyhur Alu Salman number 49)

We have to realize that many times when you dance, you dance in public, you dance at parties and you move around otherwise with your wife you can do what you want as long as it doesn’t go against the Islamic Shariah but because most of the time dancing exploits the body and it includes singing, dancing. We Muslims love and protect our mothers, our daughters and we don’t want to exhibit them and that is the reason profession which involves singing in public or dancing or modelling, these professions are prohibited.