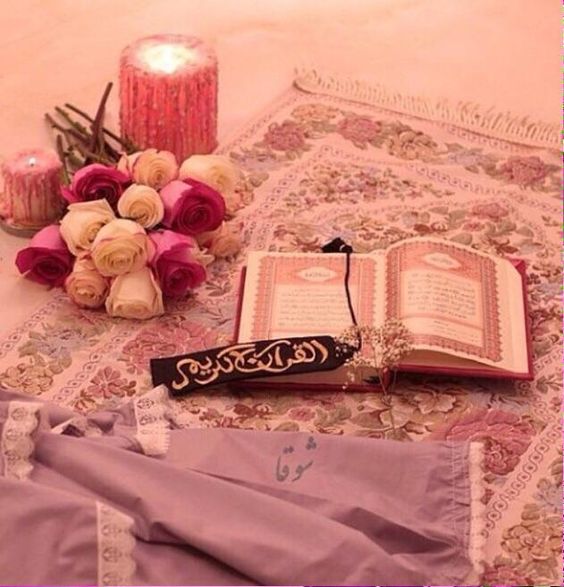 Human nature desires a society based on morals and manners which provides a stable and secure life leading to liberty and happiness for all people. Allah will help a person so long as he is helping his brother. Muslims should have great moral values and also possess a noble character that attracts people towards them. That is why we can see that the goal of Islam – of the concepts, worships, and teachings relating to values, attitudes, morals, and behaviour is to create an Islamic personality. Morality or the propagation of moral values is a major aspect of Islam. Allah says:

People of today think of Quran as only a Book that contains guidelines that are pertinent to performing religious rituals only and there is nothing else in it. The fact of the matter is that in Quran Allah Almighty has given the complete guidelines and told humanity about whatever they want to know about this universe in general and the way of living life in particular. Character formation is the most important aspect of Islamic personality.

The personality of every Muslim must possess the following noble characteristics:

Dealing with others with good manners means putting them at ease the way that Islam recommended us to deal with. It is not just an important part of our religion Islam but also makes our social life more pleasant. Conducting good manners is not easy because it takes time. Allah says:

“The example of those who spend their wealth in the way of Allah is like a seed [of grain] which grows seven spikes; in each spike is a hundred grains. And Allah multiplies [His reward] for whom He wills. And Allah is all-Encompassing and Knowing.” (Surah Al-Baqarah, 2:261)

Islam puts great emphasis on the height of characters and for this purpose, it encourages the followers to adopt good moral qualities in their lives. In this regard, the life of Prophet Muhammad (PBUH) stands as an evident and clear example for Muslims and from him, they can learn what the height of morals is like. In the Quran, there are mentions of numerous moral values that a Muslim should incorporate in his or her character. The lines below discuss a few such major moral values.

If a person, who is calling others to the way of Allah, is not well-mannered, he cannot be successful in his mission. Every person can achieve great success in his/her life by having and dealing with people with noble and praised manners. Dealing with others with good manners means putting them at ease by the way that Islam urged us to deal with. It is not only an essential part of our religion but also makes our social life more pleasant. Allah says:

He said, “Indeed, I [I] wish to marry you to one (of) my daughters (of) these two on that you serve me, (for) eight years; but if you complete ten, then from you. And not I wish to make it difficult for you. You will find me, if Allah wills, of the righteous.” (Surah Al-Qasas, 28:27)

We ask Almighty Allah to make us follow the footsteps of the Prophet (PBUH) and deal with the people in a way that he dealt with because Allah made it the essential part of the Faith without which our Faiths cannot be completed. “Manners in Islam” is one such content available in the form of an e-book. The Holy book covers an all range of areas including importance, and characteristics of different manners, with particular reference to our daily life. Allah says:

“Indeed in the Messenger of Allah (Muhammad PUBH) you have a good example to follow for him who hopes in (the Meeting with) Allah and the Last Day and remembers Allah much.” (Surah Al-Ahzab 33:21)

A Muslim has to work upon his moral character. The better values a Muslim incorporates in his character, a better and practising Muslim he becomes and it is on the basis of this moralist practice of Islam that he will be among the blessed ones, both in this world and in the world Hereafter. Manners are important to fulfil our faith and also in our social life. May Allah Almighty give us the strength to improve our manners and try to imitate them! Ameen