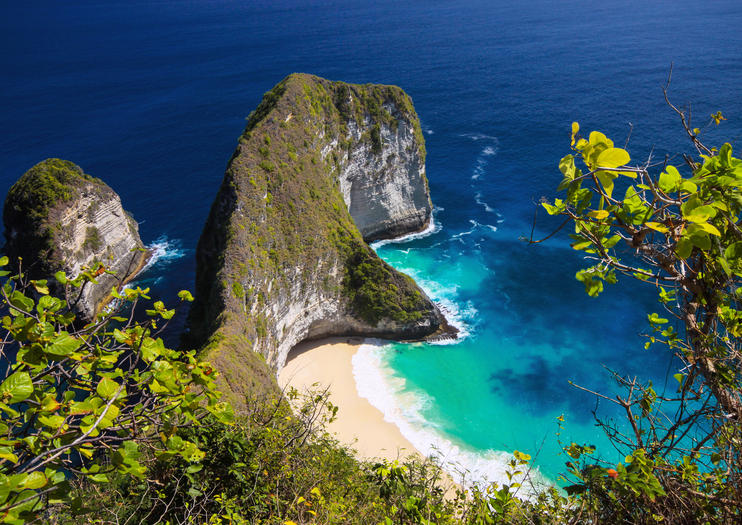 The Nusa islands off the coast of Bali in Indonesia are exactly what you’re looking for if you want the beauty of Balinese culture but wish it came without the crowds. Located just 30 minutes by boat from Bali’s Sanur, this is what people say Bali was like 30 years ago.

There are three Nusa islands: Lembongan, Ceningan, and Penida. Nusa Lembongan is the closest to Bali and the most popular, followed by the smallest; Ceningan, and then the biggest and least popular; Penida.

Nusa Penida is the largest and most exotic of the three Nusa Islands, thanks to its collection of unique Hindu temples and picturesque natural features of cliff formations and lagoons. Lately, the island’s best known as the new sanctuary of the once endangered Bali Starling following a highly successful captive breeding program of the bird, which is originally an endemic species from the forested region of West Bali National Park.

Nusa Penida measures over 200 sq km – significantly larger than the popular Nusa Lembongan and its easily accessible sister island, Nusa Ceningan. Lesser-travelled by visitors compared to the other two, Nusa Penida also features a very limited number of hotels and tourist features. Nevertheless, what it lacks in infrastructure, it makes up for with its unspoiled natural beauty and rare cultural highlights.

Close to Penida’s white sand beach of Crystal Bay, divers enjoy one of Bali’s best dive sites, where pristine coral reefs and Mola-Mola fish (also known as oceanic sunfish), manta rays, and, if you’re really lucky, even whale sharks are some of its seasonal sights. Besides diving in Nusa Penida, You can also find great visibility for snorkelling right near the shoreline. Some local shops selling refreshments right on the beach make for wonderful chill out spots with sunset views.

Among Penida’s most famous temples is Goa Giri Putri, a Balinese Hindu temple set within a limestone cave in the village of Karangsari, which sees a steady flow of pilgrims from the Bali mainland visiting to pay their respects and ask for holy water and blessings.

The grand temple complex of Pura Penataran Ped in the northern coastal village of Ped is another popular monument to visit. There are other temples dotted along the island’s coast, but be sure to visit the unique Pura Paluang temple in the village of Karangdawa on Penida’s southwestern cliffs – it has shrines resembling automobiles.