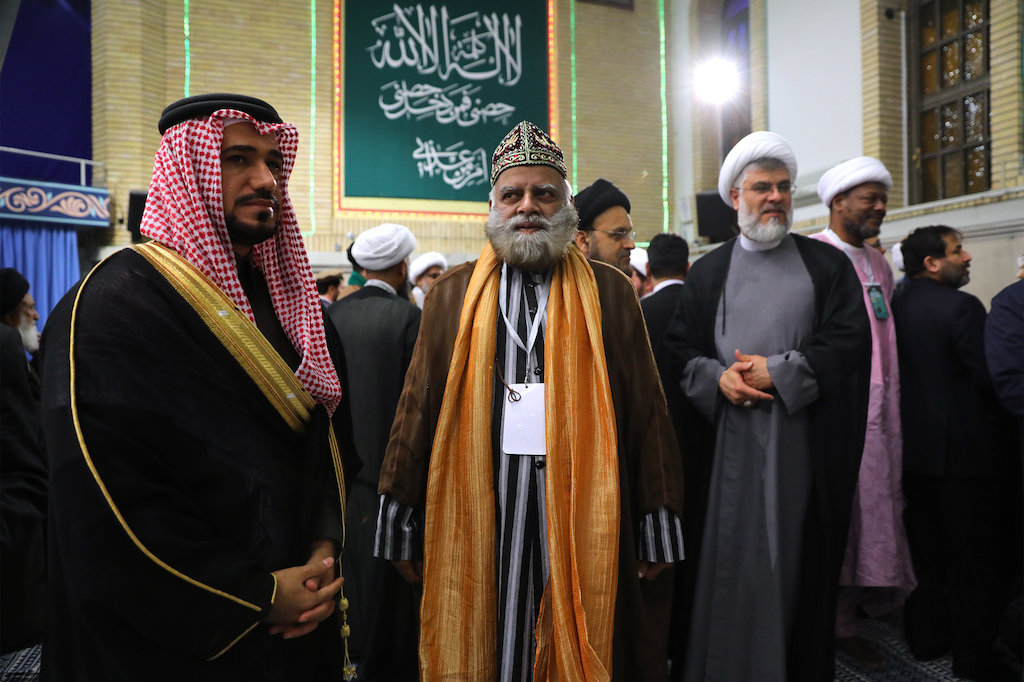 THE wealth and pomp of several Muslim monarchies notwithstanding, the world of Islam is in tatters. Torn by internal strife, lack of focus on starving millions and controlled by greed as well as external powers, Muslim governments are in a state of disarray.

Tensions between Saudi Arabia and Iran have reached such levels that they are waging proxy wars against each other in Syria and Yemen. Iranian pilgrims were not able to perform Haj last year. The wars have created major humanitarian crises, producing famine, poverty and millions of refugees with nowhere to go.

These political games are aimed at grabbing power and space within the region, and politics and religion are being exploited to the detriment of civilians. Divides have been created amongst an already polarised Muslim world. Sectarian feelings are worked up on social and mainstream media, where pictures of atrocities allegedly committed by one or the other party are posted.

There is a need to reverse the narrative used by extremists.
In Pakistan, each year, hundreds of ‘firebrand’ clerics are banned from entering the more ‘sensitive’ areas of the country during Muharram. Members of minority sects are regularly and brutally attacked, ostensibly by the Pakistani Taliban or their splinter groups, but also by others. The pulpit is often used to spread hatred.

Centuries of textualist interpretations of the Quran, belief in questionable ahadith and tribal and patriarchal customs have created a troubling rhetoric, comprised of social and religious demands by self-righteous clerics.

Pakistan’s policies of the 1980s led to the mushrooming of brutal fanatics who have used Islam for wanton killing. Recognition of this fact and the rise of internal terrorism led to Operation Zarb-i-Azb. What is now needed, more than ever, is a ‘zarb-i-fikr’, a term so aptly coined by Javed Ahmed Ghamidi for reversing the narrative used by extremists and their supporters. I am using this term here in its wider sense.

The Muslim world, its scholars and leaders who are seriously concerned about the rapid deterioration of Muslim politics and society, must find alternative routes of thought and create platforms of open discourse and debate. This must happen at local, country, regional and global levels. The objectives would include development of tolerant and pluralistic societies, as Muslim societies should be, but equally to take measures for technological and economic progress through inclusiveness, education and social cohesion.

The approach to this could include analysis of what is going wrong and acceptance of responsibility, without emphasis on Western ‘conspiracies’.

Countries — Pakistan in particular — could begin to accept differences of religious opinion and clamp down on those who oppose freedom of expression, not the other way around. Too many instances in the distant and near past indicate that succeeding governments have either supported or buckled under the pressure exercised by groups that would have Pakistanis live under fear and terror.

A scholar of the calibre of Fazlur Rahman had to leave the country in the 1960s because of his ground-breaking work on the Quran. Many Muslims who would like to hold discussions on religious matters cannot do so for fear of being branded ‘apostates’ or ‘blasphemers’. In contemporary times, laws on domestic violence and patriarchal killing are either resisted or toned down. The recent bill in Sindh on criminalising forced conversions, which follows the Islamic spirit, is being touted as ‘un-Islamic’. Laws have been based on questionable interpretations and implemented for personal gains against unsuspecting innocents.

Today, the message of Islam, which called for rational thought and deliberation, discussion and a free and open mind and freedom of choice, must be reiterated. The individual must be free to follow any religion or sect of her/his choice and the state must turn its attention to the welfare of people, providing health and education and intervening only where the weak and the innocent are oppressed.

Scholars need to come together and discuss exactly what they are bickering about and whether their stances are aligned with Islamic teachings. Muslims should be free to discuss what the Sharia means to their individual and collective lives and which form of it may or may not be relevant.

The thousands of ‘alims’ churned out by madressahs must be monitored for what they learn and subsequently do. Khutbas in mosques need to be carefully assessed and any vitriolic content removed. Institutions such as the Council of Islamic Ideology that have been blamed for promoting misogyny and restricted intellectual growth must be done away with. These measures must have the protection of laws with teeth. Research should be encouraged in matters related to Islam and joint research with other countries should be carried out. An Islamic renaissance is essential.
By NIKHAT SATTAR