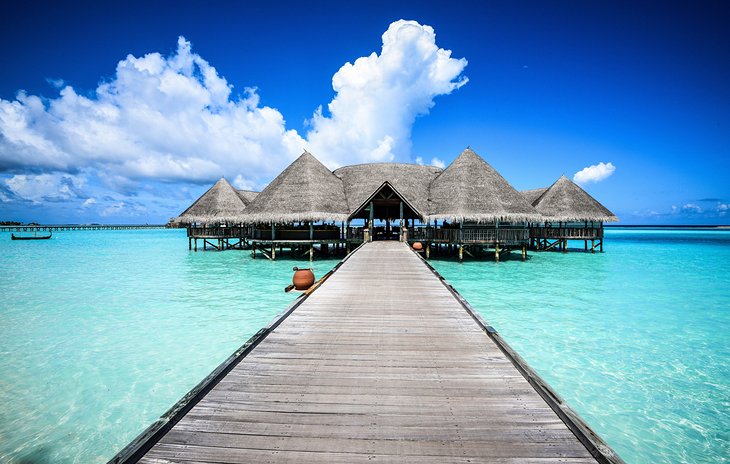 The Maldives is a tropical nation in the Indian Ocean composed of 26 ring-shaped atolls, which are made up of more than 1,000 coral islands. It’s known for its beaches, blue lagoons and extensive reefs. The capital, Malé, has a busy fish market, restaurants and shops on the main road, Majeedhee Magu, and 17th-century Hukuru Miskiy (also known as Friday Mosque) made of carved white coral.

The Maldives are home to some of the world’s most ravishing islands, but it’s the sea, which truly makes these islands shine. Luminous aquamarine waters with a crystal clarity lap upon these dazzling white shores, which barely peek above the Indian Ocean. Consisting of 26 natural atolls, the Maldives archipelago is the planet’s lowest lying nation, rising no more than three meters above the sea at its highest point, a measurement that shrinks every year.

Beneath the mesmerizing waters, coral reefs flourish, luring divers and snorkelers from around the world. Surfers also flock here to ride the uncrowded breaks. Back on land, luxury resorts provide the perfect launching points for adventures focused upon the sea, the archipelago’s greatest asset, but also, as the planet’s climate changes, its single greatest threat.