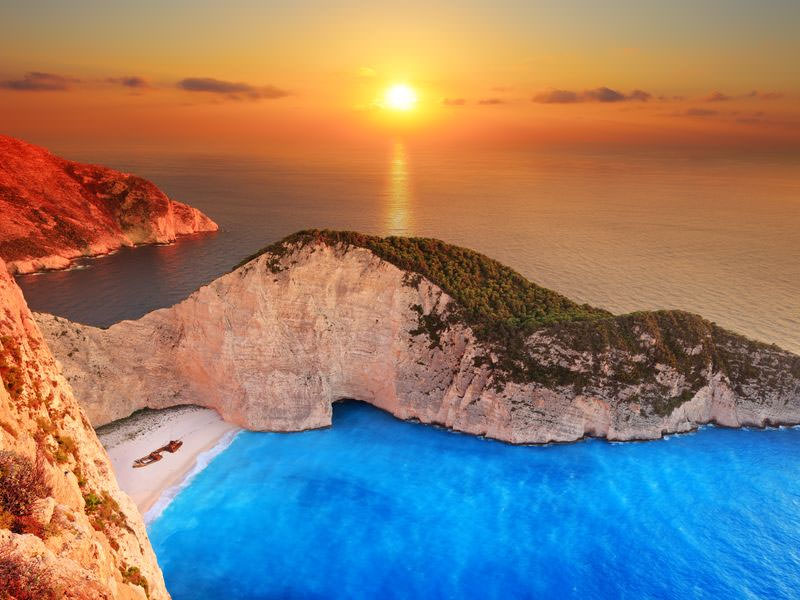 Navagio Beach, Zakynthos Island, Greece. The iconic Greek beach on the north-west shore of the island is incredibly beautiful. The white sandy beach and clear blue water are accompanied by the steep limestone cliffs, that isolate the beach and make it an intimate retreat.

The cove attracts thousands of visitors every year. It can also be approached from the top of the cliffs. Most of the tourists love sunbathing and swimming in the crystal water. However, the beach is also very popular among the base jumpers, praising the site to be one of the greatest places to base jump in the world.

The wreck of a ship Panagiotis is found on the beach and ads up an extra thrill to this idyllic place. The ship was transporting contraband cigarettes and wine, when it was chased by the authorities and caught by the storm. It hit the shore and was abandoned. Therefore, the place is also known as the Smuggler’s Cove.