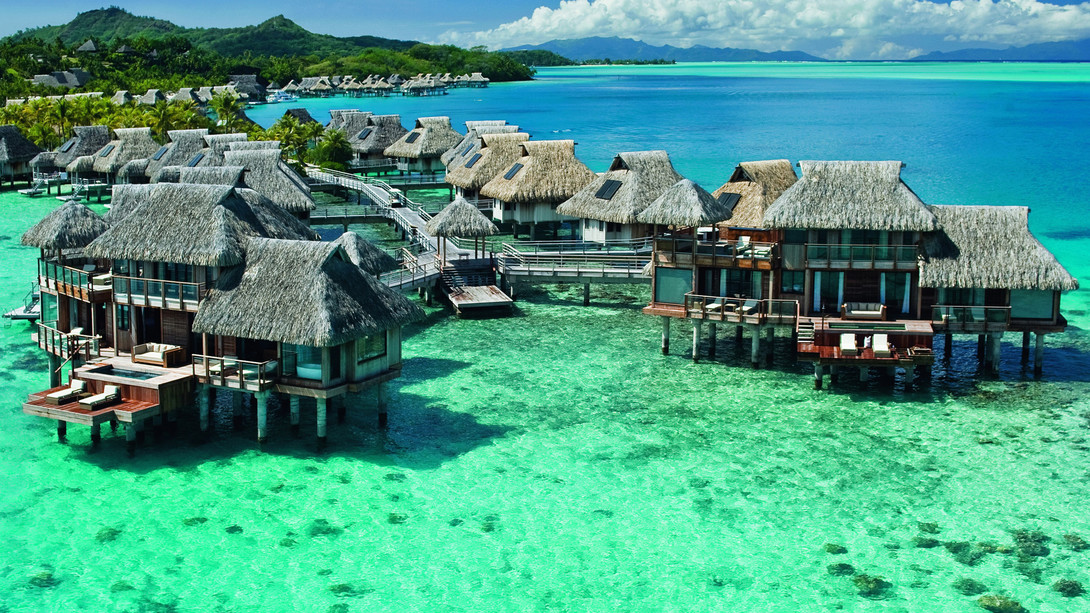 French Polynesia, an overseas collectivity of France, comprises more than 100 islands in the South Pacific, stretching for more than 2,000km. Divided into the Austral, Gambier, Marquesas, Society and Tuamotu archipelagos, they’re known for their coral-fringed lagoons and over-the-water bungalow hotels. Island features include white- and black-sand beaches, mountains, rugged backcountry and towering waterfalls.

Polynesie francaise has long been among the world’s more romantic destinations. Made up of 4,200 square km (1,622 square mi) of land spread over five archipelagoes that cover nearly 2.5 million square km of South Pacific Ocean, French Polynesia became a protectorate of France in 1847 and a colony in 1880. Today it is an “overseas country” or pays d’outre-mer of France and has a population of nearly 250,000, 83% of them Polynesian.

The biggest concentration of people is in the capital, Papeete, where around 130,000 people live. It’s a place of overwhelming beauty—and of subtlety. Many wear the national flower, a species of gardenia (but sometimes any available flower) over one ear: wear it on the left if you are spoken for, on the right ear if you are not. Of course, you can’t take this literally, and many souls would require flowers on both ears.