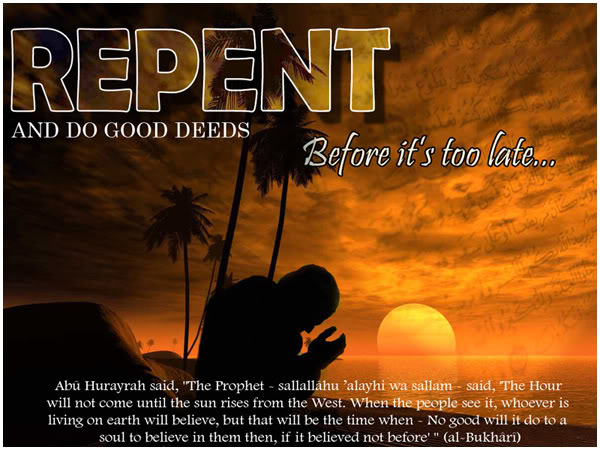 Islam defines sin as an act that goes against the teachings of Allah. All human beings sin, as none of us is perfect. Islam teaches that Allah, Who created us and all of our imperfections, knows this about us and is All-Forgiving, Merciful, and Compassionate.

The devastation of sinning:

We (human beings) are spiritual beings in addition to being physical entities. Our Creator (Allah) has placed an innate desire (a homing beacon) within our souls for us to accept goodness and to feel guilty for breaching the commands of our Creator. We have to go against our natural (primordial) nature to become satisfied (or even live) with a state of disobedience. Our natural and upright nature is to accept the commands of our Creator and to be obedient as stated in the Quran: Allah says:

“So, set your face to the Faith uprightly, this (faith) being the nature designed by Allah on which He has created mankind. There is no change in Allah‘s creation. That is the straight faith, but most of the people do not know.” (Surah Ar-Rum 30:30)

In Islam, sin is any act a person chooses to take that is in defiance of Allah’s law.  They are acts that have been forbidden by Allah in the Quran or by Prophet Muhammad in the Sunnah. Allah says:

Allah teaches us in the Qur’an that the previous nations were destroyed due to their persistence in sins and their failure to heed the call of the Messengers to repent and amend their ways. We stand to gain happiness and prosperity in both worlds by shunning sins altogether and following the right way. Allah says:

“Those who avoid great sins and the immoralities except the small faults; indeed, your Lord (is) vast (in) forgiveness. He (is) most knowing about you when He produced you from the earth and when you (were) fetuses in (the) wombs (of) your mothers. So (do) not ascribe purity (to) yourselves. He knows best (he) who consciously reveres.” (Surah An-Najm 53: 32)

Thus sins are termed as major or minor effects on individuals and society. Among the most obvious examples of such sins are: shirk(associating partners with Allah), displeasing one’s parents, murder, bearing false testimony, adultery or fornication, practising black magic, devouring riba(interest), devouring an orphan’s wealth, robbing others, etc.

What is the difference between a major and a minor sin?

Islam classifies sins according to the severity of their consequences on individuals and society.  A major sin in Islam is directly warned against in the Quran, concerning a specific punishment either in this life or in the Hereafter.  This includes violations against Allah such as worshipping idols or something other than Allah alone. Other major sins include murder, theft, perjury, bribery, slander, adultery, and drinking alcohol. Allah says:

These actions are considered severe because of the disastrous consequences they have on individuals and societies. Other acts that are usually more personal are considered to be minor.  They are acts about which Allah has not stated extreme anger, punishments, or warnings.

Major sins might be one of the reasons Allah does not accept your dua.  Ask yourself how and why would Allah respond favourably to one who remains in a state of sin and does not give it up or repent from it.  It is very important for a believer to avoid major sins because they can carry many severe punishments and Allah has guaranteed Paradise to those who avoid them. Allah says:

The major sins in Islam include the following behaviours:

It is difficult to list all of the minor sins in Islam. The list should include anything which violates Allah’s guidance, which is not itself a Major sin. Minor sin is something you are ashamed of, which you would not want people to find out about. Some of the most common behaviours include:

In Islam, sinning doesn’t eternally separate a person from the Almighty. The Quran reassures us that Allah is prepared to forgive us. Allah says:

“Say: Oh, my servants who have transgressed against their souls! Do not despair of Allah’s mercy. Indeed Allah forgives all sins, for Truly He is Oft-Forgiving, Most Merciful.” (Surah Az-Zumar 39:53)

One can rectify minor sins by seeking forgiveness from Allah, and then practice good deeds such as giving to the needy in charity. Above all, we should never doubt Allah’s Mercy: Allah says:

“Indeed, those who consume wealth (of) the orphans wrongfully, only they consume in their bellies fire, and they will be burned (in) a Blazing Fire.” (Surah An-Nisa 4:10)

We must always exercise extreme vigilance and caution against all types of sins, both major and minor. We must develop the habit of repenting in the prescribed manner and expiate for our sins by consistently engaging in good works as best as we can. May Allah help us all to protect the purity of our hearts, and may He grant us forgiveness and mercy. Ameen.”