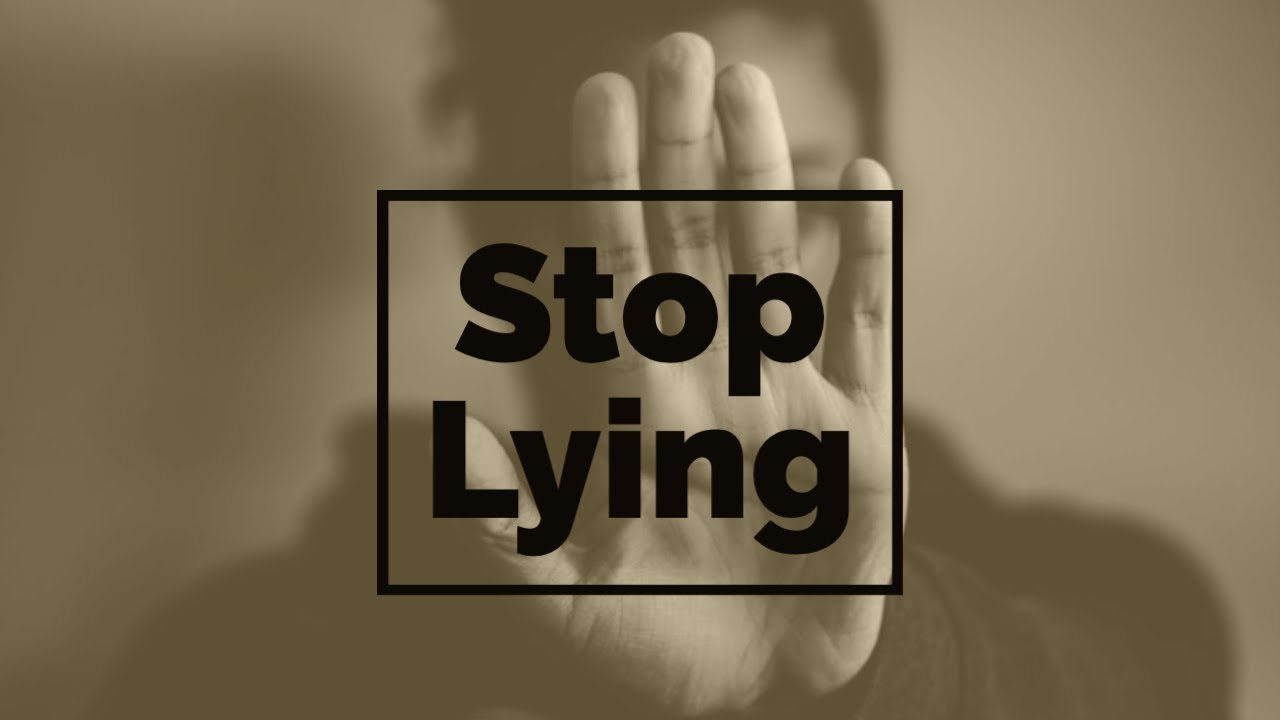 A believer can never tell lies because he believes in the signs of Allaah and His Messenger Sallallahu  Alayhi Wa Sallam, and he believes in the Prophet’s saying: “Falsehood leads to Al-Fujoor (i.e. wickedness, evil-doing), and Al-Fujoor leads to the Hellfire, and a man will keep on telling lies until he is written off by Allaah as a liar.” How awful is falsehood and how the base is the rank of the liars? Allah says:

“And whoever obeys Allah and The Messenger those will be with the ones upon whom Allah has bestowed favour of the prophets, the steadfast affirmers of truth, the martyrs and the righteous. And excellent are those as companions.” (Surah an-Nisa 4:69)

Falsehood leads to wickedness, which is the deviation from the straightforward path, which in turn leads to the Fire of Hell, and woe to the denizens of Hell! A liar is mean-spirited since he is notorious for falsehood in the sight of Allaah. Allah says:

Telling lies is worse than other sins and it is more harmful than the others are. Whatever losses Muslims suffer today arise from the same liars who created a deviation in people’s beliefs. Any destructive habit leads to painful consequences. When we choose to lie, we choose to suffer. Think how much better off we’d be if we would stop lying and live in the truth.

Lying is the complete opposite of the truth. So, anything that is untrue and deliberately intended to mislead another person is a lie. A lie, therefore, can be anything spoken or written that is totally or partially baseless, unreal, made-up, distorted or exaggerated; for example, if someone were to deliberately state that a five-foot pole was a ten-foot pole, then this would be a lie. Similarly praising someone out of proportion is a form of a lie.

Lying: A Disease of the Heart

Lying and falsehood are widespread problems and are roots of other problems that occur on an individual and public level. Lies are spoken and written in the media and politics, in business and personal dealings, by Muslims and non-Muslims alike, although the degree, magnitude, and frequency may vary.

What are the Motives of a Liar?

A liar tells a lie for:

Forms of Lying and The Quran on Liars

The worst form of lying is to do so upon Allah and His Messenger Sallallahu `Alayhi Wa Sallam ( may Allah exalt his mention ) which is to falsely attribute things to them. Allah Almighty Says in the Quran (what means):

Here are some of the benefits of sincere repentance:

Here are some practical steps to Stop Lying:

Repentance is to repent from the heart, to train the heart into obedience and to make a firm resolution never to sin again. If there had been an immediate gain (insight), and the journey easy, they would (all) without a doubt have followed thee, but the distance was long, (and weighed) on them. They would indeed swear by Allah. Hypocrites are liars too because they lie to themselves. Allah says:

“If it had been again near and a journey easy, surely they (would) have follo but was long for them the distance. And they will swear by Allah, “If we were able, certainly we (would) have come with you.” They destroy their selves and Allah knows (that) indeed, they (are) surely liars.” (Surah At-Tawba, 9:42)

Virtues of Telling the Truth

Truthfulness is commanded by Allah as a part of faith and is an indispensable quality of the believers. It is mentioned in over one hundred places in the Quran.

Lies often roll off the human tongue just as fast as moths are attracted to an open flame, the consequences of both are sometimes equally flammable. Being truthful is an endearing quality that we all would be blessed to attain in our lifetime and is a commodity that is becoming more scarce in this world as the hands of time relentlessly spin round and round. Allah says:

“The believers are only the ones who have believed in Allah and His Messenger and then doubt not but strive with their properties and their lives in the cause of Allah. It is those who are truthful.” (Surah Al-Hujurat 49:15)

Lying is against human nature and physiology, and like any other disease, it has its unique signs and symptoms. The act of lying produces inner conflicts between various control centres of the brain. The moment one begins to lie, his body sends out contradictory signals to cause facial muscle twitching, expansion and contraction of pupils, perspiration, flushing of cheeks, increased blinking of the eye, tremors of the hand, and an increased heart rate. A liar is miserable, impious and faithless.