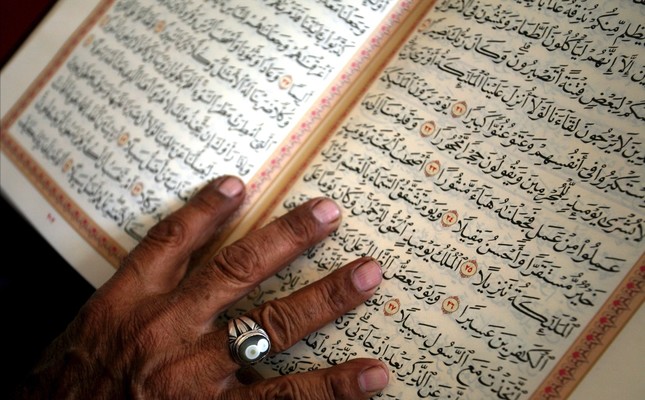 The word ‘Caliph’ is the English form of the Arabic word ‘Khalifa,’ which is short for Khalifatu Rasulil-lah. The latter expression means Successor to the Messenger of God, the Holy Prophet Muhammad (PBUH). The title ‘Khalifatu Rasulil-lah’. was first used for Abu Bakr, who was elected head of the Muslim community after the death of the Prophet. He was not supposed to rule the believers, but only to act as a guiding principle in matters concerning the implementation of Islamic rules and regulations leading towards a just and peaceful society.

The Significance Of The Caliphate

The mission of Prophet Muhammad (PBUH), like that of the earlier messengers of God, was to call people to the worship of and submission to the One True God. In practice, submission to God means to obey His injunctions as given in the Holy Qur’an and as exemplified by Sunnah (the practice of the Prophet). As the successor to the Prophet, the Caliph was the head of the Muslim community and his primary responsibility was to continue in the path of the Prophet. Allah says:

“And not (is) Muhammad – except a Messenger, certainly passed away before him [the] (other) Messengers. So if he died or is slain will you turn back on your heels? And whoever turns back on his heels then never will he harm Allah (in) anything. And Allah will reward the grateful ones. ” (Surah Al-Imran 3:144)

Since religion was perfected and the door of Divine revelation was closed at the death of the Prophet, the Caliph was to make all laws by the Qur’an and the Sunnah. He was a ruler over Muslims but not their sovereign since sovereignty belongs to God alone. He was to be obeyed as long as he obeyed God. He was responsible for creating and maintaining conditions under which it would be easy for Muslims to live according to Islamic principles, and to see that justice was done to all.

Born in 573 A.D, is almost 2 years younger than the Apostle ﷺ of God, Hazrat Abu Bakr (R.A) belonged to a noble family of Bunu Tamim of Qureshi tribe in Makkah.

“Oh Abu Bakr! You will be my companion on the pond of Heaven as you were also my companion in the cave.” (Tirmidhi)

Hazrat Abu Bakr (R.A) was the first one to have accepted Islam and gained the title of “As-Siddiq” (the most truthful and firm believer of faith) by the Holy Prophet ﷺ after he (R.A) believed in His (PBUH) Visit to Sacred Mosque in Jerusalem and Ascension to Heavens in One Night. He (R.A) spent his entire life in the true service of Islam with his wealth by spending it on releasing the enslaved New Muslim Converts from their oppressive owners including one of the most beloved companions of Rasulullah ﷺ and Muezzin (Caller of Prayer to Mosque) Hazrat Bilal (R.A).

“Abu-Bakr has favoured me much with his property and company. If I were to take a Khalil (an intimate friend) from mankind I would certainly have taken Abu Bakr.” (Bukhari)

Siddiq e Akbar (R.A) also had the honour of marrying his daughter Hazrat A`isha (R.A) to the Holy Prophet ﷺ who became His (PBUH) most favourite Wife after Hazrat Khadija (R.A). He also fought in almost all the Ghazwaats along with the Messenger ﷺ of Allah. As the first Khalifah of Islam, his major contributions were to assemble the scattering Muslims to common Islamic faith and compilation the Holy Quran in hard copy for the first time. The time of his Caliphate was very short, i.e. 27 months only. Hazrat Abu Bakr (R.A) died on Monday, 23rd August, 634 A.D and is buried next to Rasulullah ﷺ.

Born in 580 A.D, is almost 10 years younger than the Holy Prophet ﷺ, Hazrat Umar ibn Khattab (R.A) belonged to the Adi family of the Qureshi tribe of Makkah.

He (R.A) led a very simple life. During his Khilafat, the Islamic faith reached the far off corners of the world including Roman and Persian regions. Being the Second Caliph of Islam, the major contributions of Farooq e Azam (R.A) include implementation of peace and justice in Muslim society, a formation of Baitul Maal for maintenance and provision of finances, a division of larger regions into smaller provinces, making of present Hijri (Islamic) Calendar, etc. Because of great personal characteristics, the Messenger ﷺ of God regarded him very high:

“If there were to be a prophet after me, indeed he would be Umar, son of Khattab.” (Tirmidhi)

Such was the remarkable status of Hazrat Umar (R.A) near Hazrat Muhammad ﷺ that He (PBUH) even compared him (R.A) to the Prophets. Farooq e Azam (R.A) was martyred by a rebel while he (R.A) was praying congregational Salah in the mosque. He died three days after that unfortunate happening, i.e. on 7th November, 644 A.D. Upon his wish, Hazrat A`isha (R.A) was permitted to bury Hazrat Umar (R.A) alongside Rasulullah ﷺ.

“O you who believe[d]! Be custodians of justice (as) witnesses to Allah, even if (it is) against yourselves or the parents and the relatives. if he is rich or poor, for Allah (is) nearer to both of them. So (do) not follow the desire lest you deviate. And if you distort or refrain, then indeed, Allah is of what you do All-Aware.” (Surah an-Nisa 4:135)

Born in 573 A.D, is almost 2 years younger than the Messenger ﷺ of Allah SWT, Hazrat Usman ibn Affan (R.A) belonged to the Umayyah family of Qureshi tribe of Makkah.

“From this day on, nothing will harm ‘Uthman regardless of what he does.” (Tirmidhi)

The Apostle ﷺ of God also regarded Ibn Affan (R.A) among Ashra Mubashara (10 Heavenly companions of Rasulullah ﷺ). He also had the reputation of being Kaatib e Wahi (Copier of Quranic Revelations). He (R.A) became the third Khalifa of Islam, and during his time, he (R.A) contributed by capturing the far off regions of the world like North Africa, the formation of the first Muslim Naval Force and beating the Roman realm and the Byzantine Empire of 500 ships. HE (R.A) also gathered Muslims on single Tajweed of Quran by making its common recital process. Due to his great personality, the Messenger ﷺ of Allah regarded him very high.

“Every Prophet will have a special companion of Him in Heaven, and my companion there will be Usman. ” (Ibn-e-Majah)

Unfortunately, during his Caliphate, the rebellions became very strong because of his merciful nature, and it eventually leads to his (R.A) martyrdom at their hands on the 17th of July, 656 A.D. He (R.A) died at the old age of 84 and is buried in Jannatul Baqi (graveyard in Madina).

Born in 600 A.D, being the First Cousin of the Holy Prophet ﷺ and almost 30 years younger than Him (PBUH), Hazrat Ali ibn Abi Talib (R.A) belonged to a highly respected family of Bani Hashim of Qureshi tribe in Makkah.

No doubt, Ali is from Me and I am from Ali, and Ali will be the Saint of every Momin after Me and will keep love from him (Momin), no one will be hatred from Him. (Tirmidhi)

He (R.A) had a great command of the Arabic language especially in the teachings of the Quran. Being the fourth Khalifah of Islam, Hazrat Ali ul Murtaza (R.A) tried his best to unite Muslims and make peace, but the resistance from hypocrites had become very strong. He fought them and destroyed most of the Kharijites (rebellion movement), defeating Umayyads in a battle of Nahrawan and the introduction of reforms in taxes. When he was 63 years of age, Hazrat Ali (R.A) was martyred with a poisoned sword by one of the rebels while he was going to perform Fajar Salah in a mosque on the 20th of Ramadan, 40 A.H (661 A.D). Allah says:

“So if they believe [d] in (the) like (of) what you have believed in [it], then indeed, they are (rightly) guided. But if they turn away, then only they (are) in dissension. So will suffice you against Allah, and He (is) the All-Hearing, the All-Knowing.” (Surah Al-Baqarah 2:137)

In short, the first four Khalifas (Caliphs) in Islamic history, i.e. the honourable Abu Bakr Siddiq (R.A), Umar Farooq (R.A), Usman Ghani (R.A) and Ali Asadullah (R.A) were the righteous and closest companions of the Holy Prophet ﷺ. There should be no discrimination among them as they all had the strongest faiths in Allah and His Messenger ﷺ and rendered the greatest services to elevate the name of the Religion of Peace. May Allah SWT give us all the wish and desire to follow in the footsteps of these great personalities! Aameen!