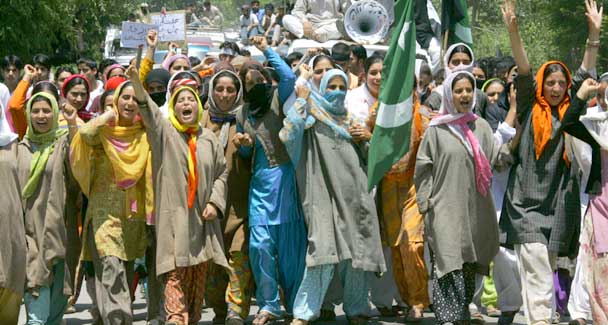 Though it may sound incredible given the latest diplomatic debacle, India and Pakistan had come close to an agreement on the most contentious issue of Kashmir a few years ago. It is yet another story of the lost opportunities that have afflicted this region.

Former foreign minister Khurshid Mahmud Kasuri, in his recently published book, reveals how the backchannel negotiations from 2004-07 helped the two sides reach an understanding on a draft formula on the future of Kashmir.

Many in the two countries believe the same framework could still provide the basis for a sustainable peace process.

For sure, most of the features of the proposed peace formula are known, but perhaps not the entire framework and the details of the diplomatic efforts that went into the draft agreement. These could have changed the entire regional security paradigm. It is arguably the most authentic account of the secret negotiations to which the author was a witness.

What made the secret backchannel negotiations more useful was that they allowed the two sides to revisit their respective positions away from the media glare and to explore out-of-the-box solutions for the tricky issue that had been the cause of three wars. It was the first sustained backchannel negotiations between India and Pakistan that lasted for three years despite the huge trust deficit that existed between them. More importantly, the numerous exchanges of non-papers remained strictly confidential, something that could not have been possible in official-level talks.

According to Mr Kasuri, the two sides had fundamentally agreed on a four-point formula that envisaged demilitarisation and joint control of the disputed territory. While avoiding the redrawing of the border, it suggested making the Line of Control irrelevant allowing Kashmiris on both sides to move freely.

It was supposed to be the first step leading up to a permanent solution to the long-festering problem. Undoubtedly, it could have been a viable and acceptable proposition had the agreement been formally signed. But, unfortunately, that did not happen because of the 2007 political crisis in Pakistan and India’s own internal political problems. A great historical opportunity was lost.

Interestingly, that peace process, perhaps the most substantive ever to take place between the two South Asian rivals, was initiated by the very leaders who had almost led their countries to a catastrophic war just two years ago in 2002.

Not to forget that it was the same Gen Musharraf who was the architect of the Kargil conflict that aborted the earlier peace initiative taken by Nawaz Sharif and Atal Behari Vajpayee.

It was Mr Vajpayee’s visit to Islamabad in January 2004 for the Saarc summit conference that led to the second peace process. The impact was immediate and immense. The tour of the Indian cricket team to Pakistan after a long hiatus changed the atmosphere, opening up the borders for Indian spectators. The guns at the LoC went silent with a ceasefire agreement in place. The opening up of trade between the two Kashmirs and the inauguration of a bus service helped reunite divided families.

That was also the beginning of backchannel talks. While Musharraf nominated his most trusted aide and friend Tariq Aziz, the Indian prime minister chose his national security adviser Brajesh Mishra as his emissary for the delicate and complicated negotiations.

Most importantly, the process continued even after the fall of the Vajpayee government and the installation of the new Congress administration led by Manmohan Singh. The new prime minister appointed his national security adviser and veteran diplomat J.N. Dixit. This continuity indicated cross-party commitment to the process.

Surely, it was Gen Musharraf who showed greater flexibility stepping back from Pakistan’s long-standing demand for a plebiscite under the 1948 UN resolutions. Mr Kasuri has quoted from Musharraf’s famous speech in October 2006 in which he declared: “They say that the borders will not be drawn a second time. We say that the LoC is not acceptable as a permanent border.” He stressed on finding a middle ground “between these two positions which will mean self-governance with a joint management system at the top for both sides and you make the LoC irrelevant.”

I was there at the Safma conference in Islamabad in 2006 where the general made these comments in the presence of some Indian members of parliament. They were all surprised by his candour. Perhaps being a military leader gave him the licence which a civilian leader would not have.

Mr Kasuri refutes the widespread perception that Musharraf’s initiative did not have the support of other generals or that the Foreign Office was kept out of backchannel diplomacy. While it is true that the number of people involved in the process was limited, the army was on board during that period. Besides the foreign minister and the foreign secretary, Gen Ashfaq Kayani who was then ISI chief, and the vice chief of army staff were always present at the meetings.

Despite the secrecy involved in the backchannel moves, Gen Musharraf would often publicly articulate his position on the issue. His speeches at that time gave a clear idea about the progress on talks. So it is wrong to say that the public or his own institution was completely in the dark on the content of the proposed peace deal.

What happened at that time seems a distant dream today, with the two countries not even being able to talk, let alone pick up the thread from where they left off. The collapse of the NSA talks indicates how things have changed.

Yet no one expected that the talks would die in such an atmosphere of acrimony, amidst an exchange of barbs. Surely the Ufa meeting did open up a window of opportunity for the resumption of long stalemated bilateral talks, but no peace process can be expected to take off the ground with the main sources of tension off the table.
By ZAHID HUSSAIN