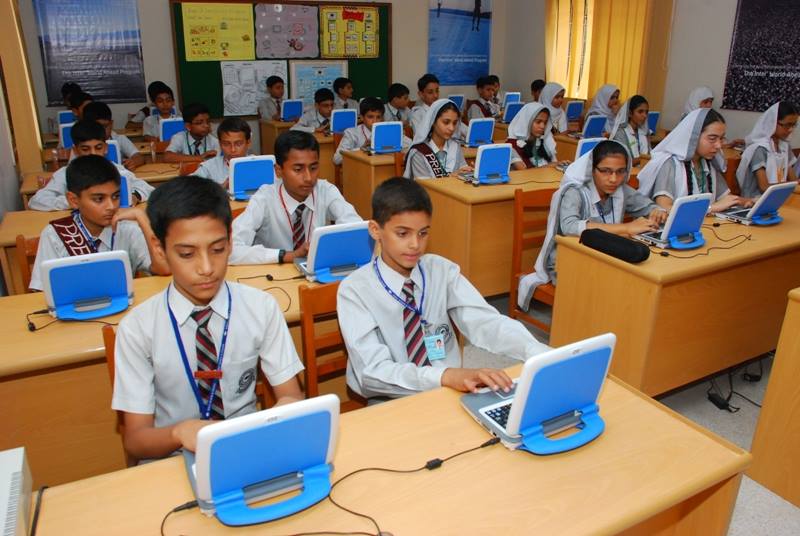 Society at large has always valued underdogs. In Pakistan, where the state fails to provide its citizens with the most basic of rights, the people have no choice but to take charge of their own lives and those who surround them. In a sense, majority of us are the underdogs, those who thrive in the face of adversity and build a life for themselves despite the challenges. But to extend help to those going through the same tribulations is not as common as it should be. Which is why it is important to give credit where it is due, so that we realize our collective responsibility towards our country and its people.

One example is of a foundation dedicated to providing access to education to children who otherwise would drop out of school. The name of the foundation is CYTE – Changing Youth Through Education. CYTE was founded by a man who was faced with an impasse when he was ten years old; he had to drop out of school, as his family could no longer afford it. That same man is now educating 750 schoolchildren in partner schools in and around Lahore. His journey from humble beginnings to realizing his potential is inspirational to say the least.

Although no child should be in such a situation, life is often cruel than fair and Yasar Rashid had to drop out of fifth grade when his father passed away suddenly, unless he secured a scholarship from elsewhere. Being a brilliant student, he was offered a merit scholarship by the school, where he studied and was able to continue his education. This act of kindness by a few people is now responsible for educating hundreds others, creating a multiplier effect in the communities where he supports these children.
Yasar went on to accomplish his MBA from LUMS and other international accolades all on merit scholarships and worked his way to the top of a leading bank in Pakistan. As far as personal achievements go, there is no stone he left unturned to make the most of his situation and to rise to the challenge.

While his career skyrocketed, he was supporting 20 underprivileged schoolchildren to begin with in a personal capacity. In 2013 he realized how low the cost can be to educate a child in Pakistan and decided to formalize the process so he can target a wider number of children who needed sponsorship. This compelled him to register an NGO under the name of CYTE Foundation – and thus begun his journey of supporting 750 families and their children from a mere number of 20, in just two years.

The organization started with the efforts of Yasar and a single volunteer, a student, who set up the foundation from scratch, travelling in public buses and rickshaws to get the NGO registered. The business model that they created to run his foundation leaves people in awe. The cost of educating a child for a whole month is as low as 750 rupees. One can afford a fast food meal for this amount, at best. The foundation has directed its focus on developing the infrastructure of existing low-income private schools that cater to underprivileged children and have nominal fee structures. It selects the students through a rigorous process of inquiry of the parents, their source of income and the capabilities of the child. Then the school fee, books and school costs are provided directly to the partner school and the child is sponsored by the foundation. The most important aspect is the family counseling that is provided along with the sponsorship; this act goes a long way in the betterment of the family and prevents a high rate of drop out.

It is commendable that he has been able to keep the overhead cost at a mere 3.8%, which is the reason the UN Youth Chapter of Pakistan chose the foundation to be presented as a success case in the UN Youth Assembly in New York. There are currently two field officers and a small team of volunteers who are running the entire process of inducting students and counseling the families.
The real challenge that NGOs face is to become as cost effective as possible. With minimum resources it is important to have the maximum impact that resources would allow. Fund raising is an essential ingredient for long-term success of NGOs, but we have seen examples globally where NGOs have been able to self-sustain themselves, like Doctors without Borders, Oxfam and WWF. Such examples should be studied and discussed so that in Pakistan we can create similar example and can have a similar impact.

The other important lesson to learn is that we do not need a lot of resources to begin making a difference. Sometimes all you need is passion and the will to bring change. There is so much potential in our young people, but they lack the direction and the guidance. The key is to understand and identify what can be achieved using existing resources, like built infrastructure. This is where foundations like CYTE are successful. Yasar’s dream of an educated Pakistan resonates with thousands of people like us. Just more participation and initiative remains to be seen.
by Sana Anwar