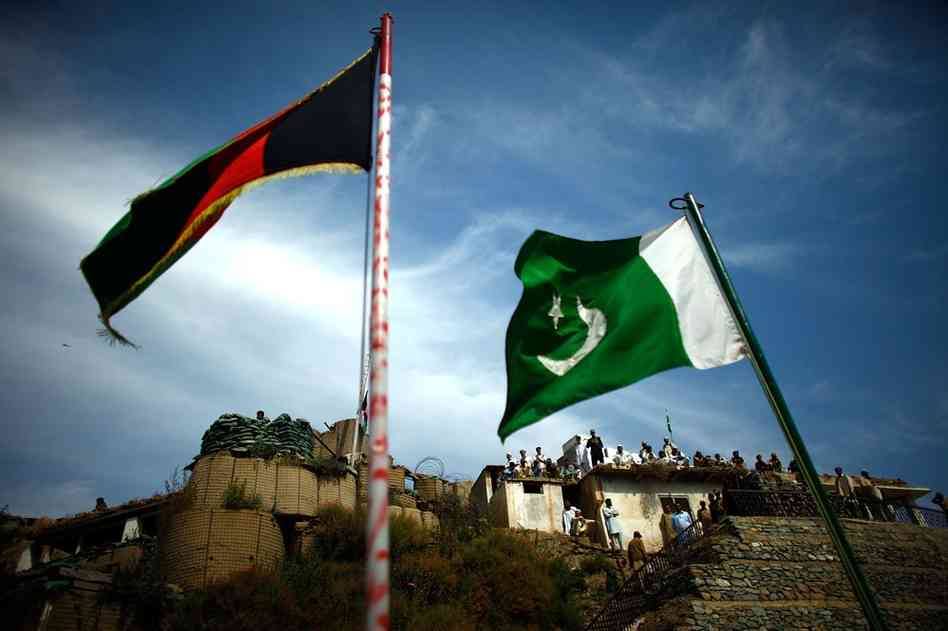 PAKISTAN is a unique country on many accounts. Ours is a confessional state, sharing a stage only with Israel amongst modern polities. We have an all-powerful army that is synonymous with the ‘ideology of Pakistan’. And we have long-standing enmities with two of our immediate neighbours, India and Afghanistan.

It is an indicator of how peculiar the Pakistani psyche is that we have never truly reconciled to our geographical inheritance. Having insisted on carving out a country from the ruins of the British Raj, we then proceeded to engage ourselves in an unending quarrel with the folks next door, which in a strange way threw — and continues to throw — the whole project of Pakistani nationhood into doubt.

But I will not digress. My concern in this column is with our Afghan ‘problem’— a festering wound that refuses to heal, despite the voices of sane people on both sides of the border, and indeed, the world.

The state has always treated ethnic Pakhtuns with suspicion.
At the beginning I would like to clarify that the Western powers that are today apparently the biggest backers of peace between ourselves and the Afghans are anything but mutual well-wishers. Washington and its lackeys have waged war in the region for at least 40 years — in fact, 200 if one goes back to the days of the Russian and British empires.

Washington is now war-weary amidst recognition that Taliban remain as much a reality today as they did 14 years ago when the so-called war on terror first began. Its recent initiatives are acknowledgements of its failures, and should not be taken to mean that its obsession with strategic interests has given way to a genuine concern for the well-being of Afghanistan’s — and the region’s — people.

But what the Western powers have done — and continue to do — in our region cannot allow us to gloss over what we have done and continue to do. Perhaps most damningly, the Pakistani state has always treated the ethnic Pakhtuns within Pakistan as threats, who are viewed at best as suspicious, and at worst as agents of Kabul.

That Pakistani Pakhtuns have an affinity with their brethren across the Durand Line is to be expected. Is it not true that Punjabis separated by the partition of 1947 tend to realise that they have much more in common when they come into contact with one another than the respective states of India and Pakistan have led them to believe via doctored textbooks and sensationalist medias?

Yes prominent Pakhtun nationalists have, since the time of partition, explicitly challenged the basis of Pakistani statehood. But then, many Pakhtuns have also ingratiated themselves with the Pakistani establishment by taking up positions within the middle and higher echelons of the civil and military bureaucracies, and a case can easily be made that highly mobile working and lower-middle class Pakhtuns have been integrated into Pakistan’s economy and society more than any other ethno-linguistic group in the country.

Yet it takes very little for us to tag Pakistani Pakhtuns with the ‘Afghan’ label and then criminalise them accordingly.

The nameless Pakhtuns who live in the Federally Administered Tribal Areas (Fata) are regularly branded as ‘terrorists’ and ‘miscreants’, usually after they have been killed by security forces in ‘counterterrorist’ operations. More often than not these defenceless thousands are said to be backed by Kabul.

The situation is bad in the black hole that is Fata but it is scarcely better in major urban centres. Pakhtun katchi abadis from Karachi to Lahore to Islamabad are regularly caricatured as havens of crime. Racial profiling by the police is common and the poorer one is, the higher the chance of being harassed by state personnel in the name of ‘security’. The state’s general attitude spills over into society at large — as is evidenced by the many jokes that circulate about the ‘dumb Pathan’.

In recent times police and administrators have even been found warning property-owners not to rent rooms to Pakhtuns, acknowledged as Pakistani citizens, evicted from a katchi abadi in the capital.

For the record, it is bad enough when Afghans to whom we gave refuge when jihad was in fashion in the 1980s are scapegoated for the state’s failings, but for Pakistani Pakhtuns to be systematically disenfranchised and violated in urban centres in the country with the backing of a pliant media and dumbed-down urban middle class is outrageous.

I am not suggesting that we naively assume that neighbouring countries harbour only good intentions towards us. But continuing to use the bogey of the ‘security threat’ to cultivate enmity with neighbouring countries, and then, worse still, criminalising Pakistani Pakhtuns under the guise of being ‘Afghan’ is unacceptable. Or at least it should be to many more of us than it is at present.
By AASIM SAJJAD AKHTAR