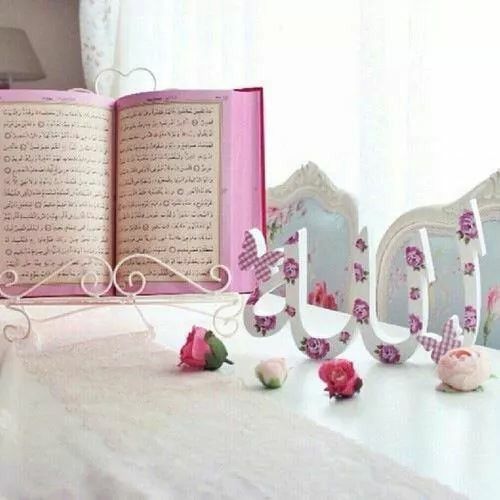 Islam and Christianity are two popular and widespread religions in the world bearing utmost similarity apart from a few differences. The religion of Islam is a monotheistic religion that is the merely acceptable religion in the sight of Allah and the one who entirely adheres to Islam is Muslim by submitting his will to Allah Almighty. The religion of Allah has flourished through the Sunnah of Muhammad (PBUH) and the book of miracles i.e. the Holy Quran. Those who are direly holding unto the legacy of Prophets are the successful ones and part of Salaam meaning peaceful religion as narrated in Hadith:

“O mankind! I have left behind over you that which if you hold fast to it, you will never go astray: the book of Allah and the Sunnah of His prophet.” (Bayhaqi)

Christianity out of semantic religions, on the other hand, is the second most widespread which has dominated a large population of the world. The doctrines that Christians follow are of Jesus to whom Christians regard God and divine in Trinity encapsulation. Allah says:

“Say, “We believed in Allah and what (is) revealed on us and what was revealed on Ibrahim, and Ismail, and Ishaq, and Yaqub, and the descendants and what was given (to) Musa, and Isa, and the Prophets from their Lord. Not we make a distinction between any of them and we to Him (are) submissive.” (Surah Al ‘Imran 3:84)

There is no denying the fact that religious differences are a vivid truth and their presence cannot be ignored, however, still one can find similarities between religions and use it as a means of creating peace in this world. At this point in time, the three most renowned religions in the world are Islam, Christianity, and Judaism. People point towards differences between these religions in general and the difference Islam has with both Christianity and Judaism in particular.

Belief in One God:

The other major component that is similar in all these three religions is the belief in the hereafter. Like Islam, in Judaism and Christianity, there is also the concept of a life that will be after this one and in which the deeds of a person will be rewarded. For those who stick to the path of righteousness, there is the reward of Heaven or Paradise, whereas for those who do not follow the path brought by the religion there is the punishment in the form of Hell or inferno. Thus, the believers of Judaism and Christianity like Muslims also believe in this life being transient and temporary and the life in hereafter being permanent and eternal.

In Islam, it is a requisite for a Muslim to believe in angels. They are supernatural beings which are a creation of Allah Almighty and their purpose is to serve Him. Like Islam, in Judaism and Christianity, there is the belief in angels who are considered supernatural creations of God who have certain authorities and powers. The angels in all three religions have different responsibilities were communicating with the Prophets and carrying out the orders of Allah are a few of their primary responsibilities. Therefore, when it comes to angels all these three religions share the same belief.

The third major thing on which all these three religions agree is the divine revelations. Like Islam, both Christianity and Judaism are also based upon divine revelations which according to them are the word of God and contain the code of conduct the people of those particular religions need to follow. As the Quran is for Muslims so is Torah and Bible for Jews and Christians. Therefore, for all these religions their religious scriptures are the word of God that He bestowed upon their respective Prophets for the guidance of mankind.

Common Beliefs in Islam and Christianity:

Muslims and Christians do exhibit common beliefs that comprise the oneness of Allah, His sovereignty in the realm and accountability in eternal life at the Day of Resurrection. Coherent beliefs in both religions entail:

Islam circulates around the dogmas of Tawheed that is the oneness of Allah and the declaration that there is no God but Allah. Muslims and Christians agreed upon the oneness and consider Him the supreme deity worthy to worship. Without instilling the belief of Tawheed no one can enter religion Islam hence, the heretic scale is all dependent on the declination of Allah being the sole Lord. According to both religions, Allah is supreme, omnipotent, everlasting, and omnipresent. Allah says in the Quran:

Along with monotheistic attributes, Muslims have sheer faith in the sovereignty of Allah. Christians and Muslims do believe that whatever is created in the world since starting explicitly belongs to Allah and He verily is the sole creator. The world and human beings are all dependent on Him who is all-powerful and omnipotent. Allah says in Quran that shed light on Him being the ONLY originator and sustainer of the universe:

Say, “Who (is) the Lord (of) the heavens and the earth?” Say, “Allah.” Say, “Have you then taken besides Him, protectors, not they have power for themselves (too) benefit and not (to) harm?” Say, “Is equal the blind and the seeing? Or is equal to the darkness[es] and the light? Or they attribute to Allah partners who created like His creation, so that seemed like the creation to them?” Say, “Allah (is) the Creator of all things, and He (is) the One the Irresistible.” (Surah Ar-Ra’d 13:16)

One of the major problems that the world faces at present is extortion on the basis of differences in religion. The world is primarily at war because of the fact that people of different religions are intolerant of each other and they can’t seem to find any points of reconciliation. This variety in world religions is exploited by extortionists who highlight the differences between the religions and create a divide among people. Allah says:

“And they will say to their skins, “Why do you testify against us?” They will say, “Allah made us speak, the One Who makes speak everything; and He created you (the) the first time, and to Him, you will be returned.” (Surah Fussilat 41:21)

3. Belief in Angels and Demons

The followers of both religions believe in the sacramental presence of Angels and evil lullabies that provoke worshippers to go astray. Angels without gender distinction have been created from light by Allah Almighty for the purpose of His divine message revelation. Angel Gabriel was sent down towards Prophet Muhammad (PBUH) for the revelation of the last Book of Allah Quran during the era of his prophethood in order to guide followers towards the righteous path. Allah says:

Both religions believe in the virgin birth of Jesus because Allah has clearly stated in the Quran regarding the birth of Jesus comprehended by the entire Surah in the Book of Furqaan by the name of Surah Maryam. Both the religions have firm faith in the identity and second coming of Jesus in the world as narrated: Allah says:

Knowledge of hour indicates the “Doomsday” in the aforementioned verse, the time when he will come back to earth prior to the final judgment day for accountability of deeds.

Dissimilarities Between Christianity and Islam

Despite being, the similarities there exist few dissimilarities that avert the total coherent beliefs in both religions. Christians believe that Jesus has three forms being Allah’s son, being divine and being God that has totally refuted by Allah and Quranic scriptures as Allah says:

“Certainly disbelieved – those who said, “Indeed, Allah, He (is) the Messiah, son (of) Maryam.” Say, “Then who has power against Allah (in) anything if He intends to destroy the Messiah, son (of) Maryam, and his mother and whoever (is) in the earth all?” And for Allah (is the) dominion (of) the heavens and the earth and what (is) between both of them. He creates what He wills, and Allah (is) on everything All-Powerful.” (Surah Al-Ma’idah 5:17)

1. Allah Has no Son Nor He is Father to Anyone

Allah was the only one when nothing was there and will be when no one lasts, this all makes Him eternal with no son and family. The major belief that has grotesquely rendered the image of God for Christians is that they consider Allah as Jesus’s father with is equivalent to invoking Allah’s wrath that too when Allah has clearly declared in the Holy book of Quran as:

Christians believe that the means of salvation for them is to secure it through firm faith in Jesus and offering some prayers but Islam resolutely believes in salvation through utter devotion to Allah Almighty and to invoke him through five pillars of Islam that are deemed compulsory upon every Muslim. Christians consider the Bible as their source of deliverance and knowledge whereas Muslims consider them people of books.

Islam is a complete way of life whereas Christianity lacks major things that link back to the divinity of prophethood and Tawheed that makes two religions quite different from each other as stated in the Quran by the Exalted Rab ul Aalameen: Allah says:

“Say, “O People (of) the Book! Come to a word equitable between us and between you – that not we worship except Allah, and not we associate partners with Him – anything and not take some of us (to) others (as) lords besides Allah.” Then if they turn away, then say, “Bear witness that we (are) those-who-submit/Muslims.” (Surah Al ‘Imran 3: 64)

There is no denying the fact that these religions have their points of difference, however, the need of the present time is to look beyond these differences and find similarities in a way that the followers of these religions could find a way to coexist and accept each other in the way they are and make the world a better and peaceful place for living.