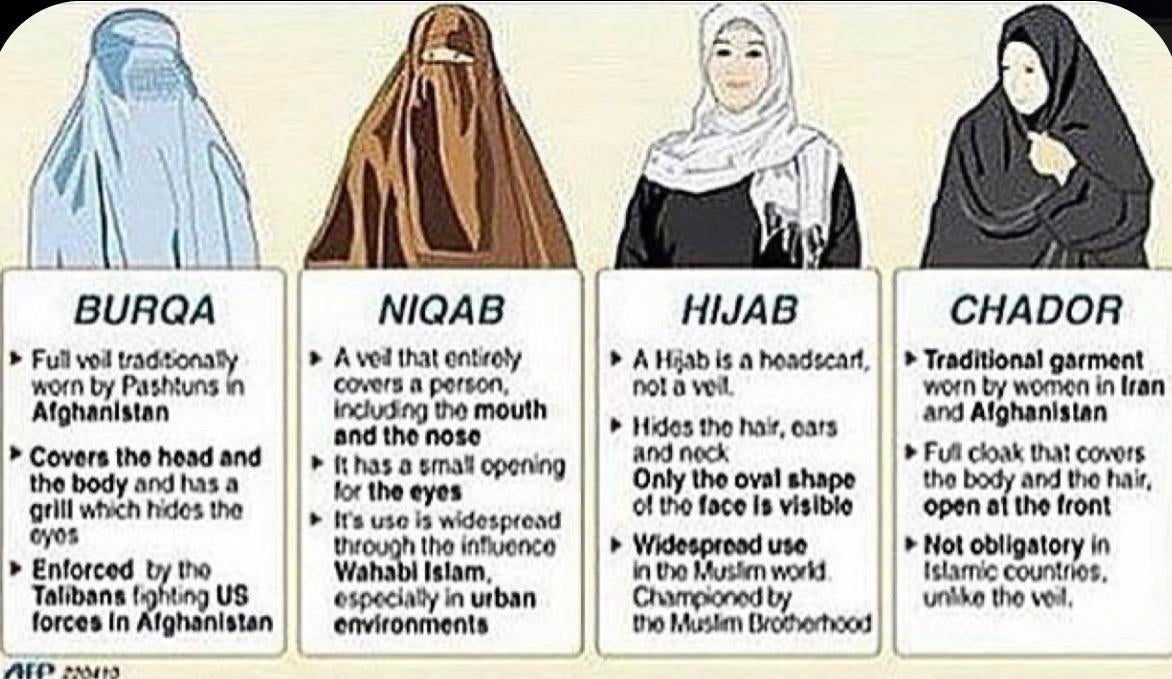 Hijab does not mean that you are not like other Women. It means that you choose to save yourself from other social evils. Hijab provides a sense of security to a woman. It increases her confidence because she knows that she is well covered and can move around easily in areas that are congregated by her male counterparts. Allah says:

“It is not granted to any mortal that God should speak to him except through revelation or from behind a veil, or by sending a messenger to reveal by His command what He will: He is exalted and wise.” (Surah Ash-Shuraa 42:51)

Hijab includes conduct and behaviour among other things. Hijab in Islam concerns men as much as women. Hijab originates from a superior objective: limiting the human desires towards the opposite gender to one’s private life in the form of a legal marriage and letting society focus on work and productivity. Hijab in Islam in some sense is the main identification of a Muslim woman. Allah says:

Hijab is also one of the mandatory obligations of Islam for Muslim women and has its benefits. It shows that no other man has the right to seek pleasure from them as she is sanctified for her husband only. Islam is the complete code of life and is the best way for the ultimate guidance of mankind. Hijab provides Muslim women with both spiritual and physical peace and harmony.

Hijab makes a woman secure from social evils such as lust and shows that they are equally respected in society. In Islam, lowering one’s gaze is a command given by Allah to both males and females alike in order to promote a modest and dignified societal code of conduct. Males and females must exemplify noble speech, righteous manners and dress with modest clothing. The modest female clothing has become known as Hijab. Allah says:

“And when you recite the Quran, We place between you and between those who (do) not believe in the Hereafter a barrier hidden.” (Surah Al-Isra` 17:45 )

Hijab has become characterised by the iconic female headscarf. The Hijab worn by Muslim women enables the preservation of modesty in a public forum. A believer is considered to have fallen into sin if they choose not to observe its practice. Hijab is a core principle and concept of the Islamic belief system and is observed as a mainstream Muslim practice globally. Allah says:

“With the clear proofs and the Books. And We sent down to you the Remembrance, that you may make clear to mankind, what has been sent down to them and that they may reflect.” (Surah Al-Araf – 16-26)

Islam’s societal construct is built on a foundation of faith in Allah and seeking to please Him by observing modesty at all public levels. Islam does not deny the instinctive desire to enjoy such beauty. Instead, offers men and women a dignified framework to do so. Living one’s life in accordance with divine instruction is a great example of personal empowerment and liberation.

Hijab frees women from being thought of as sexual objects of desire or from being valued for their looks, or body shape rather than their minds and intellect. It is the responsibility of a woman to assume such poise and behaviour that she does not excite a man’s passions. Even a glance of lust can infatuate a man and a seemingly harmless encounter eventually lead to mischief and corruption in society, destroying entire families.

Every day tens of cases related to sexual crimes were heard in the courts of law. A hijab encompasses more than a scarf and more than a dress code.  It is a term that denotes modest dressing and modest behaviour. Some women think that they look beautiful when they wear tight clothes and try to show off their modesty. The majority of Muslim women wear hijab, to obey God, and to be known as respectable women. Allah says:

Muslim women choose to wear a hijab for many reasons. Some see it as a sign of passage into adulthood. Others wear the hijab to identify themselves as Muslim and show cultural pride. Many also wear the covering to value family traditions or local customs. Of course, many Muslim women choose not to wear a hijab. Others choose to only wear it for religious occasions. Allah says:

The Hijab sends a signal to men that the wearer is a modest and subdued woman who should not be bothered. Hijab or women veiling is important in Islam and all Muslim women should wear Hijab. One of the functions of the Hijab is to protect women from misdeeds and harm. May Allah makes us realize that education is not only about getting a piece of paper called a degree but education is about learning and understanding life, the world, and the etiquette of living.