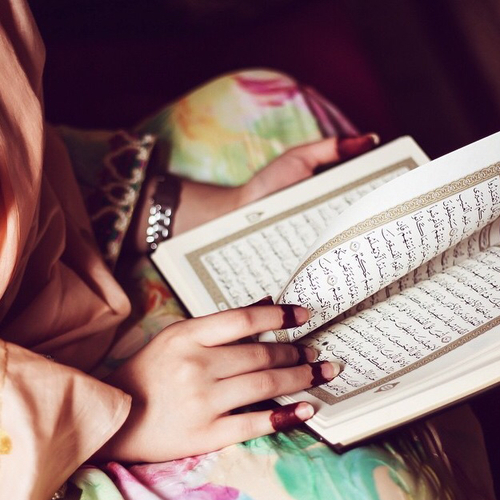 Allah Almighty and His Prophet Muhammad has guided humanity in every aspect of life. They have also guided us in matters of selection of our leader who can lead us. Everyone has different perceptions related to the choice of leadership. Imam is the leader of a country who runs administrative tasks of a country. A leader possesses some qualities of leadership including qualities of personal character and the ability to motivate others towards the realization of specific goals are on top of the list. Allah says:

“And We made them leaders, guiding by Our command; and We inspired them to do good works, and to observe the prayer, and to give out charity. They were devoted servants to Us.” (Surah Al-Anbiya` 21:73)

Knowledge guides the leader to the right path he can assimilate the situation wisely due to his knowledge and then after penetrating the situation he should have the power to take decisions accordingly. If he does not have power then he is unable to implement his decisions that’s why he should have both power and knowledge. Power specifies psychological decisions and physical power. Besides knowledge and power justice, patience sound judgments are also important attributes that should be possessed by the leader. Allah says:

“It is He Who hath made you (His) agents, inheritors of the earth: He hath raised you in ranks, some above others: that He may try you in the gifts He hath given you: for thy Lord is quick in punishment: yet He is indeed Oft-forgiving, Most Merciful.” (Surah Al-Anam 6:165)

Leadership is needed in a society and country. A society without leaders would lose its direction and purpose. Islam has laid down the basic principles of leadership and the Prophet and the Khulafa’ al- Rashidin have proven their superiority and excellence through success in world history. Not everyone is qualified to lead because it is trust answerable to Allah. Allah says:

“O you who believe! Consciously revere Allah and be with those who are truthful.” (Surah At-Tawbah 9:119)

Thus, there are several conditions to qualify for leadership, such as being free of a physical handicap to be fit for active service and possession of knowledge to administer properly with fairness and justice because it is the key to peace and harmony in society. Another prerequisite to being a leader is that he/she must be a Muslim, so that he/she may fulfil the obligatory religious demands on a leader. Allah says:

“So because (of) Mercy from Allah you dealt gently with them. And if you had been rude (and) harsh (at) [the] heart, surely they (would have) dispe from around you. Then pardon [from] them and ask forgiveness for them and consult them in the matter. Then when you have decided, put trust in Allah. Indeed, Allah loves the ones who put trust (in Him.” (Surah Al-Imran 3:159)

The leader sits in the highest position among groups of people, so they often misuse it to impose his authority. Through gentle methods of leading, it encourages people to willingly comply with their leader. But a good leader is always gentle to his people. Being just is hard, especially when you have power and authority with you. Try to be just in any condition, especially when things get hard and not going as we wish. Allah says:

The patient is part of faith. Patience is another tip about leadership according to the Quran. Becoming a leader for many people is not easy, even if it’s only small numbers in the family. It requires a lot of patience, and if someone could accomplish it, that’s what makes them a leader.

Qualities of a Good Leader:

Everything happens only with Allah’s permission. Someone who has been chosen as a leader must keep it in mind to make himself stay on the ground. If he has the qualities to become a good leader, it’s slowly Allah’s blessings. Staying humble as a leader means he will never misuse his power over his people. Allah says:

A leader must be excellent in communication, the Law of Influence states that leadership is measured based on a person’s ability to influence others; nothing more, nothing less. Let’s look at the influence of the Prophet. We can’t live our life without leaders. Our country has leaders, so has our region, city, and even we leader in our family. Leaders are meant to help society become more organized. Allah says:

“So they defeated them by (the) permission (of) Allah, and killed Dawood Jalut, and gave him Allah the kingdom and the wisdom and taught him that which He willed. And if not (for the) repelling (by) Allah, [the] people – some of them with others, certainly (would have) corrupt the Earth, [and] but Allah (is) Possessor (of) bounty to the worlds.” (Surah Al-Baqarah 2:251)

Thus, anyone cannot simply be a leader. He must possess some quality that distinguishes them from others that he leads. He must have a good personality so that everyone would look at him as an example and he is capable of motivating others to move forward. A leader must be more knowledgeable than average people so that he can lead them well. It affects his wisdom while making a decision and knowledgeable people who can use their knowledge well would make a perfect and just leader. Allah says:

“And my brother Hârûn (Aaron) he is more eloquent in speech than me so send him with me as a helper to confirm me. Verily! I fear that they will belie me.” (Surah Al-Qasas 28:34)