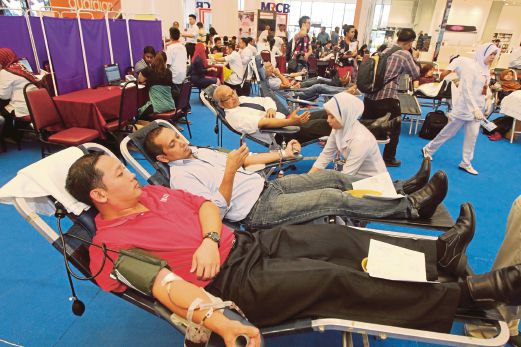 Donating organs in Islam is allowed but under some circumstances, because this action is classified as alms of helping other people in need. One of the new problems faced by the Shi‘a mujahideen (the jurists) is the issue of organ donation and transplantation. The human body, in life as well as in death, is governed by Divine laws in Islam. There are certain limitations on what we can and can’t do with our bodies. Allah says:

“And certainly, We have honoured (the) children of Adam and We carried them on the land and the sea, and We have provided them of the good things and We preferred them over many of those whom We have created (with) preference.” (Surah Al-Isra` 17:70)

Several things can be donated or given in the form of alms such as money, stuff, land, house, or other wealth, but most importantly is organs as part of the body which are more important and more valuable compared to other assets. It will cause the body to not work optimally and balance. This tantamount is equal to bringing harm even for something good, and Islam strictly prohibits this. Allah says:

Only He has forbidden to you the dead animals, and [the] blood, and flesh, (of) swine, and what has been dedicated [with it] to other than Allah. So whoever (is) forced by necessity without (being) disobedient and not transgressor, then no sin on him. Indeed, Allah (is) Oft-Forgiving, Most Merciful.” (Surah Al-Baqarah 2:173)

As long as the intention of donating organs is for Allah SWT and to get close to Him, then this deed is included as an important and noble deed. Mankind is the creation of Allah SWT and the perfect one. It is righteous to respect our own body including our organs given by Allah SWT. Allah says:

“He (is) the One Who created for you what (is) in the earth, all. Moreover, He turned to the heaven and fashioned them seven heavens. And He of everything (is) All-Knowing.” (Surah Al-Baqarah: 2:29)

Scholars have two different opinions about donating organs according to Islamic law. Some scholars allowed donating organs under strict requirements and another scholar strongly forbade these actions under any circumstances.

The view that prohibits donating organs

Organ donations are very common nowadays in line with technological developments, especially in the health sector. According to some scholars we are allowed to donate certain organs under strict rules and requirements. Organ’s donor appears because of necessity, to save other people live and many other reasons behind it.

The view that allowed donating organs

While some scholars allowed Muslims to donate organs under Quran as written in the verse below. Allah says:

“Only He has forbidden to you the dead animals, and [the] blood, and flesh, (of) swine, and what has been dedicated [with it] to other than Allah. So whoever (is) forced by necessity without (being) disobedient and not transgressor, then no sin on him. Indeed, Allah (is) Oft-Forgiving, Most Merciful.” (Surah Al-Baqarah: 2:173)

The most extreme depiction of an organ donor is the verse above. There is no 100% guarantee of the organ’s donor will be successful and did not cause any harm. There is always the possibility that it might lead to failure since all of our body parts or organs are one and created by their meaning and good.

If we remove either one or more, of course, it will create a big impact.  God’s illustrious promise of great rewards to one who preserves human life, would be “as if he has saved the whole of humankind.” (Quran 5:32)

Some scholars also think that even human does not own their body but Islam permits human in certain conditions to utilize it just like our wealth. We can use our wealth for others to help them.

“Whoever disbelieves in Allah after his belief, except (one) who is forced while his heart (is) content with the faith. But (one) who opens to disbelief (his) breast, then upon them (is) wrath of Allah and for them (is) a punishment great.” (Surah An-Nahl: 16:106)

But we should take notes of these, the organs are not the only organs we have (hearth, liver, and brain), it is not external organs (eyes, nose, hand, legs), it is not paired organs cause it counted as one. A dead person can donate their organs to those who are in need with permission from the family and heirs. And it should not give any harm to the dead or decrease their honour. Organs like blood or hair which can regenerate their self can be donated.

“Allah’s curse is on a woman who wears false hair (if humans) or arranges it for others.” (Muslim)

The primary ruling of Islam about a Muslim’s corpse is that it should be disposed of in a dignified way through a special procedure of washing, shrouding, and burial. The organ can be taken from the body of a living person with his/her consent and approval and also from the body of a dead person. In the case of a living person, the jurists have stipulated that this donation should not deprive him/her of vital organs. It should also not cause risk to his/her normal life. May Allah guide you to the straight path, and guide you to that which pleases Him, Amen.