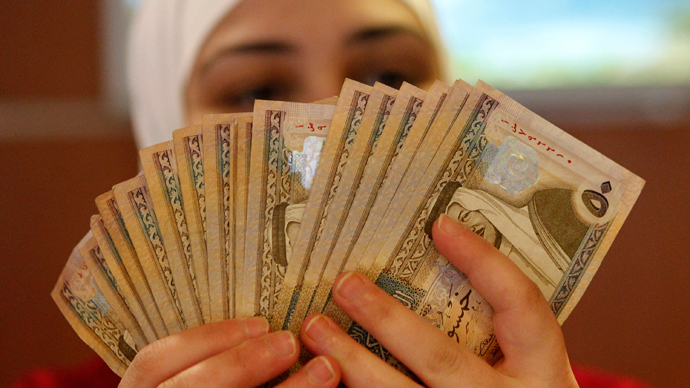 As humans, we try to do everything within our limits to increase sustenance whether it’s our job or business. We intend to double our means of income by striving hard. We believe that Allah has not created a single soul whose sustenance isn’t decided. He provides Rizq to everyone including Muslims, non-Muslims, animals and all creatures. That is why He is ar-Razzaq (One who gives you Rizq). Allah says:

“And no moving (living) creature is there on earth but its provision is due from Allah. And He knows its dwelling place and its deposit (in the uterus, grave). All is in a Clear Book (Al-Lauh Al-Mahfuz – the Book of Decrees with Allah).” (Surah Hud 11:6)

Every Muslim believes that Almighty Allah has not created a single soul whose sustenance isn’t decided. He is Razzaq – the provider, the one who is providing rizq to everyone including Muslims, non-Muslims, animals and all other creatures. Almost everyone wants to be rich. In Islam, there are boundaries to gain wealth and what is recommended is how to get wealth in a halal way. Besides praying, there are several ways to gain wealth in Islam. Allah says:

“ And said, ‘Ask forgiveness of your Lord. Indeed, He is ever a Perpetual Forgiver. He will send [rain from] the sky upon you in [continuing] showers. And give you increase in wealth and children and provide for your gardens and provide for you rivers.” (Nuh 71: 10 -12 )

One of increasing the sustenance is asking forgiveness to Allah for all of the bad deeds we have done. By saying Istighfar multiple times, Allah will open the door of sustenance and remove all of the hardship we usually face. This is the key to the wealth for Moslem, since practically if we spend our money for charities so that God will add a multiple of rizq to us and it must be that we spend our wealth sincerely because of Allah. Allah says:

“The example of those who spend their wealth in the way of Allah is like a seed [of grain] which grows seven spikes; in each spike is a hundred grains. And Allah multiplies [His reward] for whom He wills. And Allah is all-Encompassing and Knowing.” (Surah Al Baqarah 2: 261)

No matter how busy we are in our lives, we must not forget to pray Salaah on time and observe the obligatory deeds. We should not be one of those who pray hastily; instead, take out time from our busy schedule to pray and supplicate otherwise Allah will never remove poverty from us. Allah says:

Say, “Indeed, my Lord extends provision for whom He wills of His servants and restricts [it] for him. But whatever thing you spend [in His cause] – He will compensate it, and He is the best of providers.”(Surah Saba` 34:39)

The obligatory player in one of Pillar of Islam of the second. By doing the prayer on time s that Allah would surely open the doors of sustenance. If you have proper and sincere tawakkul (reliance) on Allah Ta’alah, He will grant you rizq like the birds are given rizq, who come out of their nests in the morning with empty stomachs and return to their nests in the evening with a full stomach. Allah says:

“And enjoin prayer upon your family [and people] and be steadfast therein. We ask you not for provision; We provide for you, and the [best] outcome is for [those of] righteousness.”.(Surah Taha 20:132)

Here are some halal ways to increase your wealth:

Whoever fears Allah and piety towards him, Allah will promise to provide the sustenance that never is imagined. On contrary, whoever disbelieved Allah (and the messenger as well), they will get what they earn (punishment for disbelieved people). Allah says:

“And if only the people of the cities had believed and feared Allah (taqwa), We would have opened upon them blessings from the heaven and the earth; but they denied [the messengers], so We seized them for what they were earning.” (Surah Al A’raf 7: 96 )

Allah commands the single male and female slaves to unite in a marriage then Allah will enrich them. There are things that one can do to increase the barakah of one’s wealth.  First, we need to understand the meaning of barakah, then look at ways to increase it, and end with some advice on the role of wealth in one’s life.

Allah Almighty and His Prophets have told us many easy Halal ways which can increase our wealth:

It has been narrated that Nabi (SAW) has said: “One who wishes to receive abundant rizq, and the prints of the footsteps to last long, should treat relatives congenially.” Mishkaat. By “footprints that last long” Nabi SAW meant a long life. Allah says:

“And marry the single among you and the righteous among your male slaves and your female slaves. If they are poor, Allah will enrich them from His bounty. And Allah (is) All-Encompassing, All-Knowing.”(Surah An-Nur 24: 32)

In Islam, it is recommended to preserve the family relationship such as brothers, sisters, uncles, aunts, parents, etc. They have to be important for us as well as have rights upon us for we may rely on the most aspects of life to them. Allah dislikes the broken family relationship. Reading Surah Waaqi’ah keeps away starvation. Rasulullah (SAW) has said, “The one who reads Surah Waaqi’ah every night will never encounter starvation.”  But do not read the surah merely for worldly gains. Rather read it to become free from want and for the hereafter. Allah says:

Mostly saying thanks to Allah is by reciting Alhamdulillah ([All] praise and thanks are to Allah, Lord of the worlds). Moslem is recommended to thank God for all the blessings given and sometimes even our prayers be blessed by Him. By admitting there is no God except Allah and always be grateful, so that  Allah will promise to His slaves to give them more. According to