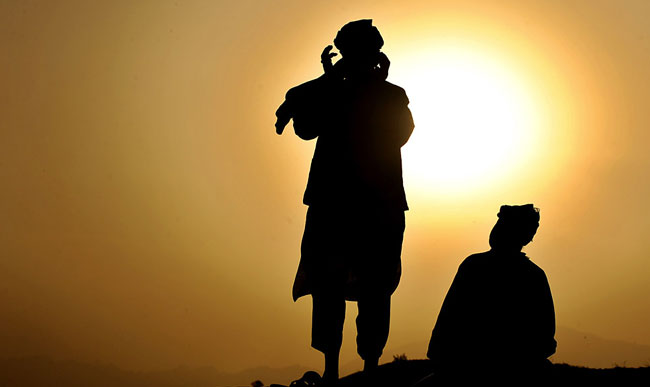 Azan is delivered in every mosque, or wherever there is a gathering for congregational prayer (Bukhari) five times a day. The call is given out from a minaret or some raised platform in as loud a voice as possible so that it may reach the ears of the greatest possible number of people. The man giving the call stands with his face to the Qiblah, towards Makka, with both hands raised to the ears. The Day of Judgment is a day when no one can speak except by Allah’s permission and will pray and beg in front of Him to be saved.

Azan is not only an announcement of the time of prayer but also of the great principles of the faith of Islam and of the significance underlying them. Azan is an announcement made five times daily. The fascinating message of the Adhan is intensified by the skill of the person who recites it, the more melodious and clear the voice, the more powerful will be the Adhan. The call to prayer Adhan testifies the oneness of Almighty Allah affirms the Prophet Hood of Muhammad (SAW) and also highlights the importance of five daily prayers.

The Adhan is not only an announcement for salah but is, in fact, an open invitation to Islam five times daily throughout the world. Adhan is the first thing recited in the ears of a newborn baby and also it’s often the first thing recited in a new home. Salah (Namaz) is an important part of the religion Islam. Salah is obligatory on every Muslim commanded by Allah Almighty and Muslims must offer it five times a day. Through Nimaz we can communicate with Allah (SWT) also it is the highest form of earning the closeness of our Creator the Allah Almighty.

Adhan is an announcement of prayer which is called by Muezzin from the Mosque five times a day calling Muslims for mandatory (Fard) worship that is Salah. We can say that Adhan is an appeal to all Muslims about the time of five daily prayers and also for congregation prayer. The call is given out from a minaret as loud as possible so that it may reach the ears of the greatest possible number of people.

Adhan means to declare, to announce, to inform. As a religious term, adhan means holy words uttered in order to inform Muslims about the times of prayers. A person who calls adhan is called a muezzin.

What are the Words of Adhan?

The words of adhan and their meanings are as follows:

Ashhadu an la ilaha illa Allah
I bear witness that there is no god except the One God.

For the pre-dawn (fajr) prayer, the following phrase is inserted after the fifth part above, towards the end:

There is no god but Allah.”

Allah is the most important and greatest of all. On hearing, Adhan Muslims must put aside what occupies them at the moment and respond to Allah’s call for the sake of Allah Almighty. Adhan is called like that at the times of noon, afternoon, evening and night. For the morning prayer, “as-salatu khayrun mina’n-nawm (prayer is better than sleep)” is uttered twice after “hayya ala’l-falah”. Sleep brings comfort in the world and prayer brings comfort in the hereafter; the phrase above is uttered in adhan because comfort in the hereafter is better than comfort in the world. It is disputable whether this phrase needs to be added for the adhan of a missed morning prayer.