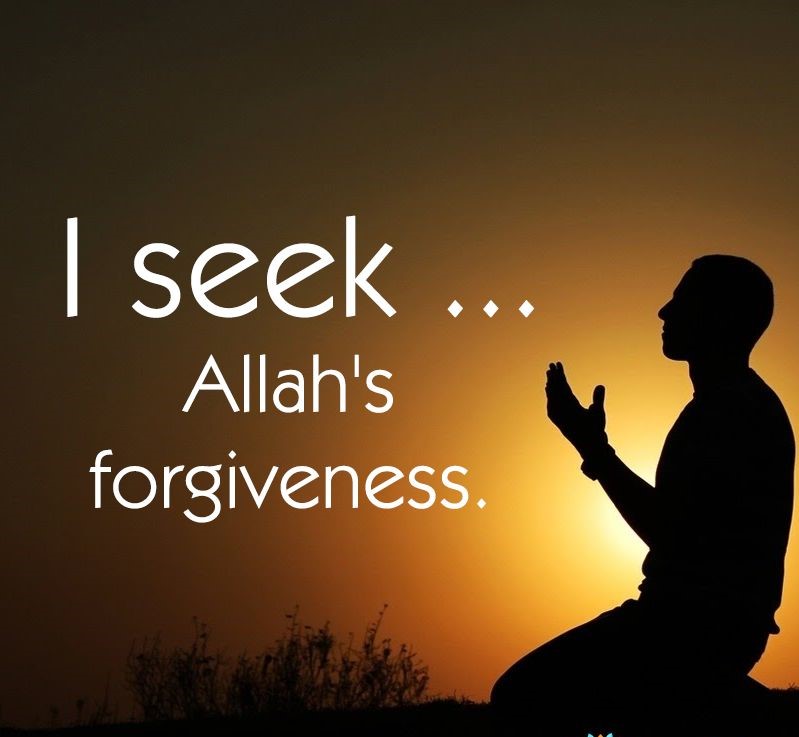 A human being is the source of mistake and sin. We are humans and are prone to sin, we are not perfect and make mistakes and sin daily, but sincerely asking for Allah’s forgiveness makes us from those who Allah loves. We need to remember both, because if we don’t forgive we do wrong in our relationship with Allah as well as in our relationships with each other. Allah says:

Seeking forgiveness means to request Allah The Almighty to not just pardon one’s sins, but to protect one from their evil and to conceal them. In other words, it is a servant’s plea to Allah The Almighty to not expose him or her in this life or the Hereafter, and to ward off the punishment that he or she deserves, by His grace and mercy.  A Muslim is to think better of Allah. No denying the fact that Allah is Mighty, Just and Wrathful, however, at the same time He is Merciful and forgiving. Allah says:

“Say to those who believe that they should forgive those who expect not the days of Allah, as it is for Him to recompense people for what they have earned.” (Surat Al-Jathiyah 45:14)

Forgiving others is crucial for our success in the Hereafter; one forgives to seek forgiveness. But forgiving others also brings lots of physical and spiritual benefits in this world. To inspire us to fight our ego and try to forgive with our hearts and not only with our lips. All sins are forgivable and the door to forgiveness is wide open almost until the Day of Judgement is upon us.

That, and whoever has retaliated, with the like (of) that he was made to suffer by it, then he was oppressed [on him], Allah will surely help him. Indeed, Allah (is) surely Oft-Pardoning, Oft-Forgiving.” (Surah Al-Haj 22:60)

Seeking forgiveness from Allah can’t be done only by one or two prayers, but continuously and endlessly. It could be long and tiring, but you don’t have any other hope than Allah’s mercy. Every people committing sins, you don’t have to think low about yourself. Allah loves those who acknowledge their mistakes.

There are so many benefits of asking forgiveness from Allah Almighty some of them are given below:

“Indeed, Allah does not forgive that partners be associated with Him, but He forgives [what] other than that for whom He wills. And whoever associates partners with Allah then surely he lost (the) way, straying far away.” (Surah an-Nisa 4:116 )

Seeking forgiveness from Allah with repentance is a virtue. Human beings are not perfect. Forgiveness is a critical aspect of Islam as everybody makes mistakes in life and unintentionally commits sins. Muslims believe that Allah is Merciful and Forgiving. This life is a test, Allah is going to test us through other people too. May Allah give us the strength to forgive others and also ask forgiveness from them! Ameen