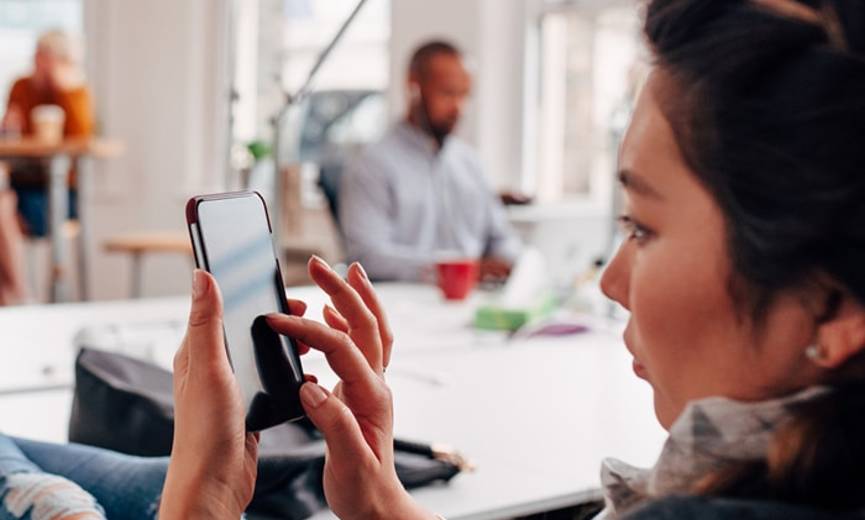 Putting yourself out there is hard. It can be brutal. You could be the most talented, entertaining, sweetest soul on Earth and still be confronted with negative comments. No one is immune.We’ve all been there. You’ve spent ages planning and executing a project, only for someone to tell you about a minute detail you’ve missed. Or they tell you ways they would do it differently. But, you can turn negative comments into a learning and development experience.

Quite often, our first instinct is to react emotively. Who can blame us for reacting the way we do? After all, we spend precious hours away from our families, only to have the work we do, criticised. It’s only natural to want to defend ourselves, but we shouldn’t bottle things up. And there could actually be a remedy.We see the comments and judgment of others on a daily basis. It’s easy to assume as long as they have a sufficient level of self-esteem they’ll be able to see the comments for what they are, to rise above it. But it’s always different when the shoe’s on the other foot.

Even though it is difficult, it is preferable to try and rationalise your thoughts before responding to negative comments. You shouldn’t always perceive them as a bad thing either.

Keep a running list of all positive comments. Literally anything that makes you feel good pull it out and write it down. Even if it’s a comment buried in a paragraph of criticism. The idea is to create a go-to list of real, positive phrases that you can revert back to when you’re feeling attacked or put down. The trick is to copy the comments word for word.

Easier said than done, but ignore all mean-spirited feedback or feedback given in response to a misinterpretation. If something literally has no relevance to what you put out then ignore. Obviously they didn’t take the time to listen, read or watch what you had to say and therefore have no real place in commenting. Cruel or personal attacks can be especially difficult to stomach but remember anything of this nature is only a reflection on the critic, not you. If someone is rude or negative then give them your prayers and sympathy, they need it more than you do.

With as much detachment as possible look for any truth behind critiques and criticism (even if given in a less than pleasant way). Help can come in all forms. It doesn’t always come sugar coated and being able to step back and scoop up the bits of insight can be invaluable. Don’t copy the critique word for word as you do the positive comments (you don’t want those ingrained in your memory). Put them in your own words.

If you’re brave enough to dig deeper, personally and privately reach out to your critic. This may sound intimidating but there’s a world of potential knowledge to be had by taking this route. Now you don’t want to contact anyone who’s simply badmouthing you or with nothing worthy to add (most likely they’re crazy) but if it’s someone who seems like they have genuinely helpful thoughts or concerns then there’s no harm getting in touch.

One of the best tips to remember on how to deal with negative comments is to avoid getting into an argument with the other person. Although your defenses might be up and you feel like giving out a tongue-lashing, try to stay calm and objective. You totally have the right to defend yourself but sometimes regardless of what you say, the other person will have a million reasons as to why they are right so don’t give them that power or a reason to further criticize you!

BE POSITIVE AND EMPATHETIC

Being positive and empathetic is probably the last thing you feel like doing but exhibiting those two reactions are great ways to deal with negative comments. Combating negativity with positivity is a helpful way to steer the conversation in a more positive direction.

One of the best ways of dealing with haters online when it involves some random person posting mean comments on your blog, something you pinned on Pinterest or any other form of social media is to simply ignore them.

TALK TO A FRIEND

When it comes to dealing with haters and how to deal with negative comments, talking to a friend about the situation can be a useful way to vent and get someone else’s input on the situation. If someone said something that really upset you, take a few deep breaths and focus on other things for awhile. Giving yourself some space and time from the comment can help you see things clearly and talking it over with a friend can help you see things in a more carefree light.

Another one of the valuable ways to deal with negative comments is to respond in a mature way, confidently and constructively. Some people will argue that negative comments can be helpful and sometimes it can be if the criticism is constructive but a lot of times negative remarks are downright hurtful and mean. In those cases respond to the person confidently and don’t be afraid to defend yourself.

Steps to take in how to deal with negative comments also largely involves moving forward by accepting that the incident happened, focusing on what you can control and move forward. Sure it sucks but dwelling on the comment does absolutely nothing for you and so think about what you can do and keep on moving forward. Don’t let one comment or one person prevent you from doing what you love or being yourself!.It might take awhile to learn how to deal with negative comments but it’s a process.

Climb into Your Reader’s Shoes

Believe it or not, some negative comments can actually be constructive underneath their offensive surface. Furthermore, this is the Internet. More times than most, things get misconstrued in the online world. Do your best to see your reader’s point of view on the subject at hand. If you’re able to understand their perspective, great! Use this as an opportunity to improve your blog or forum and thank your reader for his/her constructive criticism. If you’re unable to understand their perspective, just write it off.

Keep Your Ego in Check

It might be your first instinct to say, “It’s my blog, and I’ll say whatever I want to!” and storm off in a huff. But keep this in mind: it’s a free world. Your readers have all the right in the world to leave negative comments on your forum or blog. It’s your duty to respond to these comments as maturely as possible.

Own Up to Your Error

It happens to the best bloggers and writers in the world. Mistakes are made. If a reader’s negative comment is calling you out on an error, and upon double-checking you see that the reader is correct, then it’s time to own up to your mistake. Acknowledge the mistake you made and apologize for the error in either your comments section or as an addendum to the body text.

If a reader leaves a particularly nasty comment disagreeing with your view or what you posted, the best you can do is agree to disagree and try to get the discussion onto a more productive topic. Acknowledge the reader’s opinion and thank them for commenting, then ask them something else about their experience. Chances are that they’ll grasp at the opportunity to talk about their opinions some more.

Having people expressing displeasure or disagreeing with what you’re communicating can be stressful and can feel a little overwhelming.But having some tools and methods at your disposal for addressing such situations can help to alleviate them and get things back to a normal, productive and constructive environment.