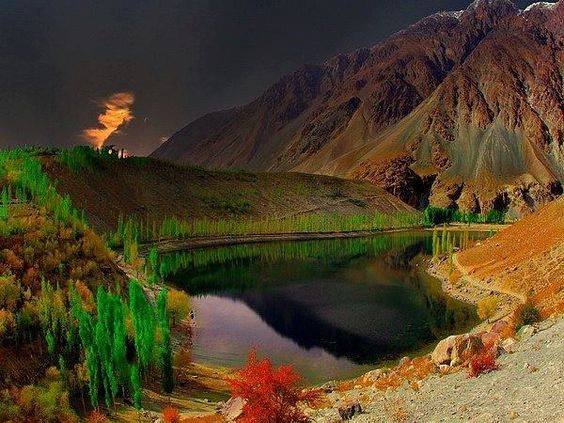 Ghizer district comprises of several independent and isolated valleys including Puniyal, Gupis, Yasin and Ishkoman as distinct features of each. Mainly two languages i.e. Wakhi and Khowar are spoken in this district while Urdu and English is spoken for the communication with visitors. The district is unique because of its geographical spread and connectivity as well as cultural diversity. Traditions, norms and values enrich the beauty of this district.

Trout fishing and angling is the most common attraction in the district. Of particular note Sherqilla, Chatorkhand, Khalti, Phandar and Shandur. The significance of the district is quadrupled by the Shandur Pass over which the historical and traditional Polo festival is played between arch rival teams of Gilgit and Chitral.