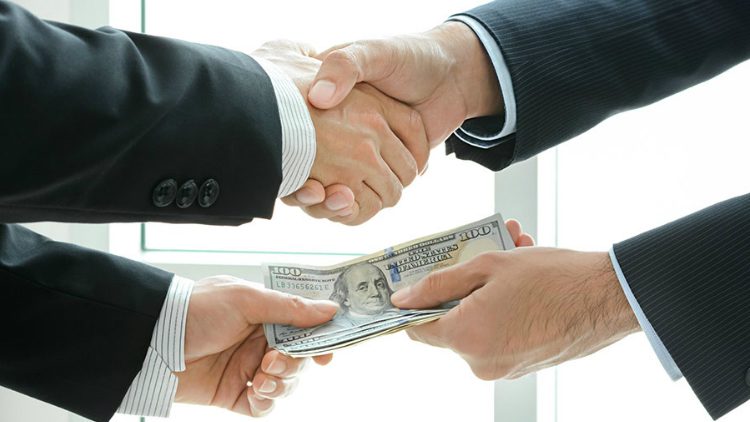 Regretfully; we, in Pakistan are breathing in a culture which, for no better description can be called the culture of corruption. Not a single institution is without its black sheep whose number is ever on the increase.To start the reasons of corruption, it would be quite just to start from this basic fact that societies that forget and lack its fundamentals always go astray and being a Muslim, we have no better guidance than Holy Quran and the life of Prophet (PBUH). Islam, which provides a complete code of life to its believers, stresses upon the pious ways to lead a happy life and forbids falling in lust and desire for more and more.

Accountability must begin at the top.We need to take practical steps against corruption. Being satisfied with a few points up and down the international corruption scale will not help us change the reality that we are one of the most corrupt nations in the world. Accountability has to start at the top in each and every institution of the country.The functional failure of almost all state institutions. Second, the absence of will and the indifference on part of political parties to deal with the issue of corruption in any meaningful way.

There is another grave issue. Corruption in Pakistan appears to be on such a systemic and grand level that institutions are powerless and appear incapable of looking into corruption allegations against those with influence. This has fuelled the common perception that these institutions have become white elephants and any spending from the public purse is simply wasteful. The problem here is that no amount of action against the small fish is going to make any notable difference to uproot this evil.

We need to take practical steps against corruption. Being satisfied with a few points up and down the international corruption scale will not help us change the reality that we are one of the most corrupt nations in the world. Accountability has to start at the top in each and every institution of the country.Expectatations from Pakistani brand politicians is nothing but living in ‘a fool’s paradise’, so leave them alone.

Pakistan, unfortunately, has been a place of political intrigues, politics of opportunism and obstructionism. Ultimately the ruling elites involve in corrupt practices, not only to fill their own pockets but also to buy out persons in order to facilitate their voracious aims. So I humbly urge sincere and conscientious high-ups in the state governance having permanent standing, to come forward and shoulder and sustain the stability of our country and eradicate the roots of corruption. Politicians only come in power for short span of time, fulfil their personal objectives and desires, rise to glamour for a while and vanish in oblivion of history; and this is particularly true for Pakistan where there are power hungry, self-centred corrupt politicians but no statesmen who steer clear the nations from turmoils.