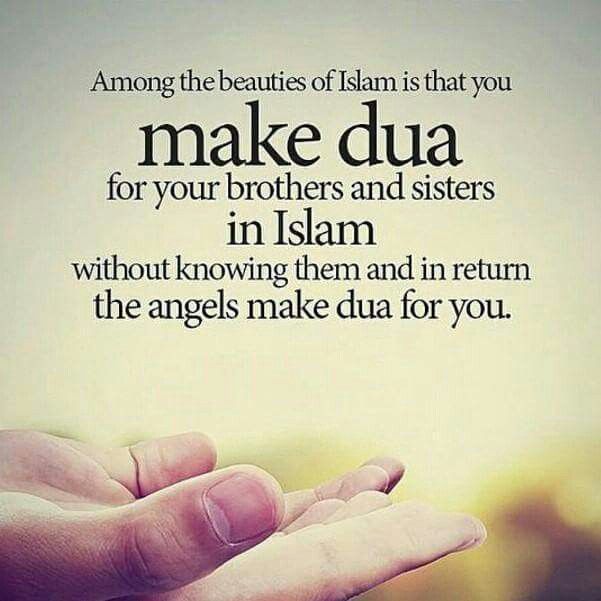 Backbiting is one of the major sins in Islam and Allah has strictly prohibited to backbite against any person whether Muslim or non-Muslim. We as Muslims are not allowed to talk about a person behind his back. In the eyes of Allah backbiting are social evils the effects of their causes in all the society. Allah will punish those who backbite on the things they are not aware of and on the things they are aware of and they deliberately spoil the dignity of another person by speaking at his back. Allah says:

Backbiting is shame and disgrace. This perpetrator is detested and he shall not have a noble death. Allah forbids these acts, read amongst mankind, such that no one is free from it except for a few people. Backbiting means mentioning something about a person in his absence, that he hates, whether it is about his body, his religious characteristics, his worldly affairs, his self, his physical appearance, his character, his wealth, his child, his father, his wife, his manner of walking, and his smile. Allah says:

Allah says in Quran in various places to hold the tongue, to not pass the rumours, to investigate the things before passing on, to be very much careful what information you are passing, to protect the dignity and respect of others, to not make fun of anyone in such a way that it will hurt another person’s self-esteem, and to avoid backbiting.

The evils of backbiting in Islam, as Muslim we avoid:

Islam prohibits backbiting, since Islam is the religion of peace, whereas sins like backbiting can tear down so many relationships and lead to destruction. Backbiting creates hatred, and can spoil someone’s respect; therefore Islam strictly discourages this deed. Backbiting is one of the most harmful and sinful tongue diseases as it has a negative impact on Muslim society. It is defaming the honour of your brother so Allah exposes this in the world and the hereafter. Allah says:

“And (do) not pursue what not you have of it any knowledge. Indeed, the hearing, and the sight, and the heart all those will be [about it] questioned.” (Surah Al-Isra, 17:36)

For the pleasure of Allah, we may hear malice as well, i.e. if we love each other, the pleasure of Allah must be our objective. It is natural that when a victim hears of the bad things spoken about him, love and affection will turn into contempt and hatred. Relationships will be ruined, which is clearly contrary to that wanted by Islam. Allah says:

Islam teaches us and emphasized giving respect to other Muslim’s honour. As Muslims, it is our responsibility to guard our tongues and to avoid things that are forbidden. The instructions from the Qur’an and hadith are clear regarding the stance on backbiting. Making fun of someone also comes in backbiting. Do not dig a hole for making your brother fall in it, lest you yourself may fall in it.

Below are some ways to avoid Backbiting:

Backbiting is the practice of malicious talk about someone who is not present. The evils of backbiting in Islam are deep and far-reaching as they cause nothing but enmity and suspicion between people, destroys ties of kinship and turn people against one another. We should do our best to honour the rights of our Muslim brothers by not backbiting them. Allah says:

Backbiting is the best effort of a weak person. The backbiter intends to harm the third person, aiming at defaming him. He wants to hurt the reputation of the person and impede his progress. But the backbiter himself has no access to such means by which he could do that. Backbiting is a cowardly act because one does not have the courage to say all that in the face of the intended person. He does not have the ability to equip himself with the qualities and virtues that the other person has.

Here are some verses in the Quran which gives us a clear understanding of this evil:

Backbiting is not acceptable for a Muslim to spread rumours, or engage in the backbiting of another person. That’s why Islam emphasizes treating others with integrity and respect and it is also a sign of a believer. Muslims are warned about the sins of the tongue in which backbiting comes first. Backbiting is obvious that whoever guards his tongue will surely make fewer mistakes. Allah says:

“O you who have faith, repent to Allah with sincere repentance.” (Surah Al-Tahrim 66:8)

Our exposure and personal flaws are unmasked and made known to others. Then if we ourselves expose the flaws of others, it contradicts moral values. Rather, to disclose and make known the faults of other persons while covering one’s own defects is highly unethical. We should not do wrong especially when we are asking others to be righteous in their conduct. Allah says:

“Allah does not love public accusations unless one is truly wronged. Allah is All-hearing and All-knowing.” (Surah An-Nisa` 4:148)

We may come across a person who, as a reaction to backbiting, may become obstinate in his evil deed and persist in such habit. When we speak ill about someone to a person, the latter may communicate it to the former. And he in turn, instead of being ashamed of his shortcomings, may get enraged. He may retaliate and the result will be quarrels and factions. Allah never likes those who quarrel. Allah hates the mischief mongers. Allah says:

“Do not follow what you have no ˹sure˺ knowledge of. Indeed, all will be called to account for ˹their˺ hearing, sight, and intellect..” (Surah Al-Isra, 17:36)

We need to pray to God for help so we can grow in love and show goodness and kindness towards others. If we think someone is doing something wrong, we can pray for that person and God will show us how we can help. Perhaps we can go to the person in a spirit of love and ask them for clarification, rather than muddy the waters with backbiting. We need to focus on the positive and be active in praying for others. By sharing this love, we can help to bring peace and rest.