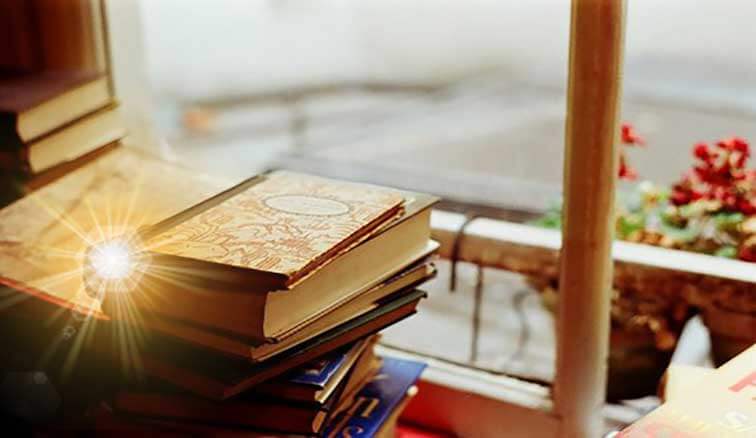 Today in the age of the internet and mass media It is incumbent upon us as Muslims to define ourselves and our faith or others will do it for us. Islam is the fastest-growing religion in the world and people from all ethnic and cultural backgrounds are entering Islam. Sadly, people have a negative image of it in mind and perceive it to be a religion that is dark, violent, unjust and promotes violence. This is nothing but a false projection of Islam and people need to know about it without any biases. Allah says:

Non-Muslims due to various political and social motivations are also learning about Islam, therefore, it is more than imperative that they are aware of the basic facts about Islam so that they can have a real sense of the religion on contrary to the contemporary projection. Islam is probably the least understood and most demonized religion today.  The critics of Islam have created this persona-based primarily on misconceptions, ignorance, and malice. Allah says:

“Except those who repent before that you overpower [over] them, then know that Allah (is) Oft-Forgiving, Most Merciful.” (Surah Al-Ma`idah 5:34)

There are numerous misconceptions about Islam that are propagated by biased people. It doesn’t matter whether a non-Muslim is learning about Islam for converting or not, he or she should have an objective approach towards the preaching of Islam and weigh them on the basis of what they are and not what other people think them to be. Allah says:

“Allah (does) not forbid you from those who (do) not fight you in the religion and (do) not drive you out of your homes that you deal kindly and deal justly with them. Indeed, Allah loves those who act justly.” (Surah Al-Mumtahinah 60:8)

The key to understanding Islam and Muslims is to resist stereotypes and examine each situation according to Islamic teachings and authentic sources. God did not create humans to simply wander. The test of one’s faith is in using one’s intellect, free will and reasoning abilities to contemplate and recognize God’s signs – one of the greatest signs being The Quran.

There is some common misconception about Islam:

Islam is one of the world’s largest religions. The key to understanding Islam and Muslims is to resist stereotypes and examine each situation according to Islamic teachings and authentic sources. Some people allege that Islamic values are somehow incompatible with decent “Western” values. Such claims could not be further from the truth. Muslims are required to contribute positively towards society and to always conduct themselves with the highest of morals and best of actions.

The structure or building of Islam stands on five pillars. These pillars are rudimentary to the existence of Islam and if any of the pillars are not followed or practised, the building of Islam might collapse for a Muslim. A “Muslim” is any person who submits to the one true God and believes that Prophet Muhammad (peace be upon him) is His last messenger.

“O you who believe[d]! Enter in submission/Islam completely, and (do) not follow footsteps (of) the Shaitaan. Indeed, he (is) for you an enemy open.” (Surah Al-Baqarah 2:208)

Muslims are required to contribute positively towards society and to always conduct themselves with the highest of morals and best of actions. Some aspects of Muslim culture have been universally accepted as the de facto standard such as four wives for Muslim men.  Most westerners believe that every Muslim has a ‘harem’ with at least four wives.  First of all, it should be clearly understood that it is an option, not a compulsion.

The Quran has very high regard for a person’s life and only accepts the taking of a life in very limited circumstances:

There are strict conditions that must be met such as equal treatment of the wives. It surprises me that the people who make a huge fuss about polygamy in Islam, have no issue with promiscuity in western cultures where extra-marital relationships and children born out of wedlock are accepted with open arms. Islam is a religion that stands for purification and cleanliness – both physical and spiritual. Allah says:

“Except those who repent before that you overpower [over] them, then know that Allah (is) Oft-Forgiving, Most Merciful.” (Surah Al-Ma’idah 5:34)

It is a common misconception even among Muslims that the crescent moon and star is the official symbol of Islam.  However, in the days of the Prophet Muhammad (PBUH), Muslims did not have a symbol and they used solid-coloured flags.  The crescent was adopted as a symbol by the Turks during the Ottoman Empire’s conquest of Constantinople. Thus, Islam is peace, it loves peace and it wants to spread peace in the world.