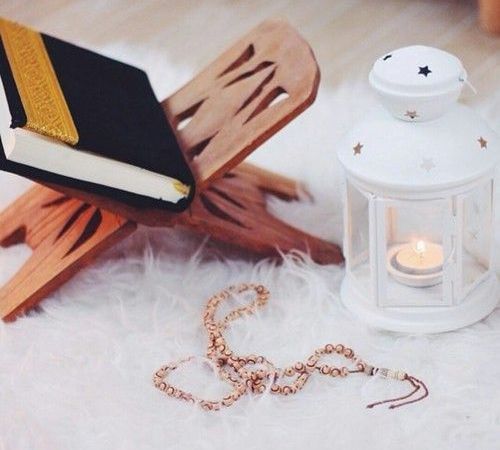 The One true God is a reflection of the unique concept that Islam associates with God. To a Muslim, Allah is the Almighty Creator and Sustainer of the universe, Who is similar to nothing, and nothing is comparable to Him. Islam rejects characterizing God in any human form or depicting Him as favouring certain individuals or nations based on wealth, power or race. Allah says:

The concepts that God rested on the seventh day of creation, that God wrestled with one of His soldiers, that God is an envious plotter against mankind, and that God is incarnate in any human being are considered blasphemy from the Islamic point of view. Allah created human beings as equals. They may distinguish themselves and get His favour through virtue and piety only. Allah says:

The unique usage of Allah as a personal name of God is a reflection of Islam’s emphasis on the purity of the belief in God that is the essence of the message of all God’s messengers. Because of this, Islam considers associating any deity or personality with God as a deadly sin that God will never forgive, even though He may forgive all other sins.

Facts about Allah (God) in Islam:

God does not become a human being:

The worship of God in human form is, therefore, a logical fallacy and should be abhorred in all its forms and manifestations. That is the reason why the Qur’an speaks against all forms of anthropomorphism. Allah says:

“(The) Creator (of) the heavens and the earth. He made for you from yourselves, mates, and among the cattle mates; He multiplies you thereby. (There) is not like Him anything, and (is) the All-Hearer, the All-Seer.” (Surah Ash-Shura 42:11)

God does not perform ungodly acts: The attributes of Almighty God preclude any evil since God is the source of justice, mercy and truth. God can never be thought of as doing an ungodly act. Hence we cannot imagine God telling a lie, being unjust, making a mistake, forgetting things, or having any such human failings. Similarly, God can do injustice if He chooses to, but He will never do it because being unjust is an ungodly act. Allah says:

For verily Allah has power over all things: We must keep in mind that Allah intends only Godly acts and not ungodly acts.

Allah (SWT) need not come down personally for giving the instruction manual. He chooses a man amongst men to deliver the message and communicates with him at a higher level through the medium of revelations. Such chosen men are called messengers and prophets of God.

Some people are ‘blind’ and ‘deaf’:

Despite the absurdity of the philosophy of anthropomorphism, followers of many religions believe in and preach it to others. Is it not an insult to human intelligence and to the Creator who gave us this intelligence? Such people are truly ‘deaf’ and ‘blind’ despite the faculty of hearing and sight gave to them by Allah. The Quran says:

The Bible gives a similar message in the Gospel of Matthew:

“Seeing they see not, and hearing they hear not, neither do they understand.” (The Bible, Matthew 13:13)

A similar message is also given in the Hindu Scriptures in Rigveda.

All these scriptures are telling their readers that though things are made so clear yet many people divert away from the truth.

To Allah belong the most beautiful names:

The Oneness of God: The Quran reminds us of the falsity of all alleged gods. To the worshippers of man-made objects, it asks:

A believer loves and is grateful to God for the bounties He bestowed upon him, but being aware of the fact that his good deeds, whether mental or physical, are far from being commensurate with Divine favours, he is always anxious lest God should punish him, here or in the Hereafter.

“If (there) were in both of them gods besides Allah, surely they (would) have been So glorified (is) Allah, Lord (of) the Throne (above) what they attribute.” (Surah Al-Anbiya` 21:22)

He, therefore, fears Him, surrenders himself to Him and serves Him with great humility. One cannot be in such a mental state without being almost all the time mindful of God. Remembering God is thus the life force of faith, without which it fades and withers away. Allah says:

“It is Allah Who has made for you the earth as a resting place, and the sky as a canopy, and has given you shape – and made your shapes beautiful -, and has provided for you Sustenance…” (Surah Gafir 40:64)

“Not Allah has taken any son and not is with Him any god. Then surely (would have) taken away each god what he created, and surely would have overpowered some of them [on] others. Glory be (too) Allah above what they attribute!” (Surah Al-Muminun 23:91)

The Creator must be different from the things created because if he is of the same nature as they are, He will be temporal and will, therefore, need a maker. It follows that nothing is like Him. If the maker is not temporal, then He must be eternal. But if He is eternal, He cannot be caused, and if nothing outside Him causes Him to continue to exist, which means that He must be self-sufficient. And if He does not depend on anything for the continuance of His existence, then this existence can have no end. Allah says:

He is Self-Sufficient or Self-Subsistent or, to use a Quranic term, Al-Qayyum. The Creator does not create only in the sense of bringing things into being, He also preserves them and takes them out of existence and is the ultimate cause of whatever happens to them. Allah says:

A.Definition: The omission of any of the above-mentioned categories of Tawheed or deficiency in the fulfilment of any criteria of Tawheed is referred to as ‘shirk’.(Please note that the Arabic word ‘Shirk’ has the same sound as in the English word ‘ship’ and not as in the English word ‘shirk’, which means ‘to evade’
‘Shirk’ literally means sharing or associating partners. In Islamic terms, it means associating partners with Allah and is equivalent to idolatry.

B. Shirk is the greatest sin that Allah will never forgive:

“Indeed, Allah does not forgive that partners be associated with Him, but He forgives [what] other than that for whom He wills. And whoever associates partners with Allah then surely he lost (the) way, straying far away.” (Surah an-Nisa 4:116)

The basis of religion is the acceptance of Divine guidance. A rejection of this guidance has serious implications for society. While we have made great strides in science and technology, true peace still eludes us. All ‘isms’ have failed to provide the much-vaunted deliverance. The scriptures of all major religions exhort mankind to follow that which is good and eschew that which is evil. All scriptures remind mankind that good will not go unrewarded and evil will not go unpunished!