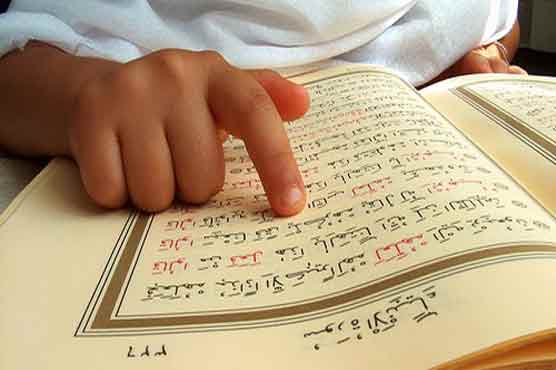 Islam means to submit freely to The Commandments and Will of The One and Only God (Allah). This submission should come from within, from sound belief in and conviction to Allah, with no doubt. It should also come from love, trust, and affection. Islam is the only religion in the world that says that its precepts are natural. Thus, Islam is peace, it loves peace and it wants to spread peace in the world. Allah says:

Islam teaches that human beings are born pure and sinless. No one is responsible for or can take responsibility for the sins of others. The doors of forgiveness are always open for those who repent sincerely. Muslims attach importance to what happens in this world, they have made substantial contributions to the development of science, medicine, mathematics, physics, astronomy, geography and literature.

“The most complete of the believers in faith are those with the most excellent character, and the best of you are the best in behaviour to their women.” (Sunan al-Tirmidhī 1162)

Allah is not a special god for Muslims, but Allah is The Creator of all creatures, including mankind. The Prophet Muhammad (Peace on him) is the Messenger of Allah. The Prophet Muhammad (Peace on him) received The Word of Allah (revelation), through the archangel Gabriel (The Holy Spirit). This revelation comprises the Religion of Islam. The Qur’an is the authentic collection of this revelation recorded in book form. It is the exact, unchanged Word of Allah to all mankind. Allah says:

O you who believe! Be steadfast for Allah (as) witnesses in justice, and let not prevent you hatred (of) a people [upon] that not you do justice. Be just it (is) nearer to [the] piety. And consciously revere Allah; indeed, Allah (is) All-Aware of what you do.” (Surah Al-Ma`idah 5:8)

A Muslim is any male or female person who believes in Allah and the Prophet Muhammad (Peace on him) as His Messenger who then testifies to that belief to witnesses announcing his/her acceptance of Islam as his/her religion. “Muslim’ should not be confused with “Arab”; A Muslim is a person who follows the religion of Islam and s/he can be of any race while Arab refers to a race of people.

Islam is a simple and practical religion. It has established, clear, and easily understandable beliefs and laws that any follower or student of the religion can easily understand. Islam affirms belief in a decent, civilized society. Allah says:

Islam also does not demand the impossible goodness of its followers, but it recognizes that all human beings make mistakes and sin. No one is exempt. Islam preaches peace, mercy, justice, tolerance, equality, love, truth, forgiveness, patience, morality, sincerity and righteousness.

Here is the high importance of Faith in Islam for every Muslim to know.

The Meaning Of Islam:

The word ‘Islam’ has multiple meanings. In some contexts, it is translated as ‘peace’ whereas in other contexts it is taken as ‘submission’ or ‘surrender’. Thus, in the very name of the religion, there is humility and propagation of peace. The name represents the essence of the religion, which is to establish peace and harmony on the face of this earth and in achieving this peace

In addition to the fundamentals that have to be practised, there are others that comprise the belief of a Muslim:

The Five Pillars of Islam

These five tenets compose the framework of obedience for Muslims:

Islam teaches that the Quran is the final authority and the last revelation of Allah:

Muslims are those who believe in one God and in Muhammad as the final Prophet of God. Islam balances the spiritual dimension by emphasizing human responsibility. Human beings are created with a purpose. They devote their lives to the service of God, the Creator, and Sustainer of the universe. Since Islam is a universal religion, it is easy to become a Muslim. Allah says:

There are five pillars of Islam:

In Islam, there are six pillars of faith: Belief in Allah, His angels, His books to mankind, His Prophets and Messengers, the Day of Judgment, and Destiny.

“Verily, among the best of you are those with the best character.” (Ṣaḥiḥ al-Bukhari 3366)

In order to be a true Muslim and complete in belief, a Muslim has to believe in and practice the core fundamentals of Islam. The personification of these fundamentals can be seen in the personality of Prophet Muhammad (PBUH), therefore, every Muslim must find guidance from His Sunnah.

The word Islam means voluntary “Submission” or “Surrender” to the Will of God. It derives from the root word “salam,” meaning peace. In the Quran, God defines that the only purpose for which He created mankind is to Worship Him. Islam recognizes that humankind has free choice in whether to obey or disobey God, but ultimately we will be held accountable to God in the next life for the choices that we make in this life. Allah says:

“Indeed, this, the Quran, guides to that which (is) most straight and gives glad tidings to the believers – those who do the righteous deeds, that for them.” (Surah Al-Isra, 17: 9)