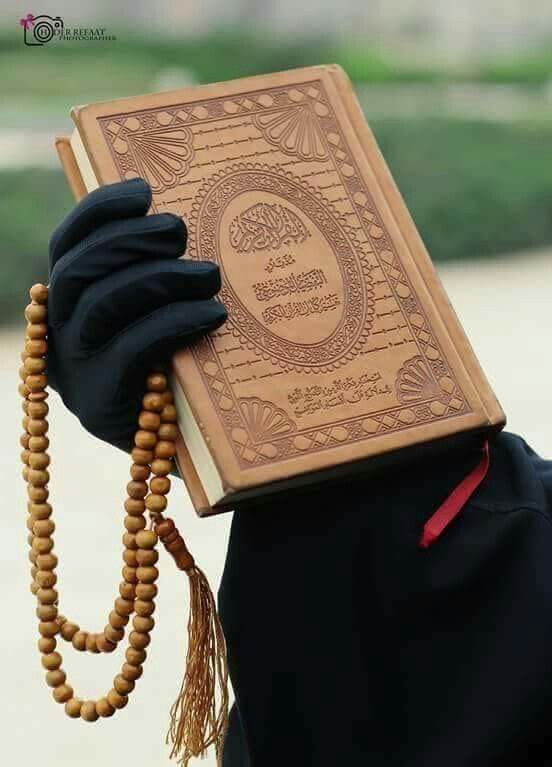 Hijab women represent a woman’s submission to her Creator and her connection with the faith. Hijab is a symbol, but in reality, it is much more than that.  Hijab or women veiling is a religious obligation, which a woman has to commence. When a Muslim woman wears Hijab she is obeying and submits to Allah. Hijab for Muslim Women is a covering for the care of chastity and an identity card to pronounce their respect for the laws of their Allah. Allah says:

“O Prophet, tell your wives and your daughters and the women of the believers to bring down over themselves (part) of their outer garments. That is more suitable that they will be known and not be abused. And ever is Allah Forgiving and Merciful.” (Surah Al-Ahzab, 33:59)

The Hijab sends a signal to men that the wearer is a modest and subdued woman who should not be bothered. Hijab or women veiling is important in Islam and all Muslim women should wear Hijab. One of the functions of the Hijab is to protect women from misdeeds and harm. Allah says:

“Say to the believing men that: they should cast down their glances and guard their private parts (by being chaste). This is better for them.” (Surat An-Nur, 24:30)

Islam has introduced the hijab as part of the decency and modesty of Muslim women. Most Muslims who wear the covering call it a Hijab, which is an Arabic word meaning “cover.” Women veiling or Hijab is an Islamic Dress code for Muslim Women. Allah says:

Hijab and women veiling are not meant for restriction somewhat it is a means by which Muslim society may function appropriately. Islam protects and safeguards individuals and society from awkward situations. So while wearing Hijab, Muslim Women are protected and also safeguarded from evil deeds and thoughts. Allah says:

“And We have also sent down unto you (O Muhammad) the Dhikr [reminder and the advice (i.e. the Qur’an)], that you may explain clearly to men what is sent down to them, and that they may give thought.” (Surah An-Nahl16:44)

We can’t judge someone’s personality only by their outer appearance. But the first impression is left deeply by how we present ourselves. Wearing a veil probably does not guarantee that someone is a better person than a woman who doesn’t wear it, but at least we are indicating a good woman by trying to cover ourselves. Allah says:

The veil is undeniably an identity for Muslim women. By wearing a veil, women are indirectly saying that they are Muslim and they are proud of it. Embracing the Muslim identity is important since it also shows that we have faith in Allah SWT and we prove it to others. Allah says:

“Not upon you (is) any blame that you enter houses not inhabited, in it (is) a provision for you. And Allah knows what you reveal and what you conceal.” (Surah Al-Nur 24:31)

Hijab gives women an air of authority, dignity, and respect. Only those who are well behaved can expect admiration and high esteem from others. We can earn these blessings while performing good deeds for the pleasure of Almighty Allah and wearing Hijab is also one of the acts of good deeds and obedience to Allah Almighty.

Here are some benefits of the Hijab in Islam that a woman could gain:

Covering the aurat is important in Islam, for both men and women. Showing their private parts to others is a big sin and may lead to numerous bad incidents to follow. As women are in a high position in Islam, they must cover more than men. They have to keep their hair hidden behind a Hijab. Allah says:

“That Day, Allah will pay them in full their recompense, the due, and they will know that Allah, He (is) the Truth the Manifest.” (Surah An-Nur 24:25)

Wearing a veil is indeed highly beneficial for a Muslim woman. It puts their mind and soul in a state of peace. Inner peace is what people seek and the hardest to find. Only by a healthy min, done can lead a healthy, happy life. One of the most positive benefits of the veil in Islam for Muslim women is that she gains more respect from others. Rather than a woman who loves to show the curve of her body, a veiled woman is far respected by society. Allah says:

“And as for women past childbearing who do not expect wedlock, it is no sin on them if they discard their (outer) clothing in such a way as not to show their adornment. But to refrain (i.e. not to discard their outer clothing) is better for them. And Allaah is All‑Hearer, All‑Knower.” (Surah Al-Noor 24:60)

Inner beauty which involved behaviour, personality, and attitude is more important than outer appearance only. The body will change and age but inner beauty will never change. A veiled woman gains not only a more beautiful appearance on the outside but also a prettier mind as well. Her inner beauty shines through her veil. Allah says:

The Hijab could be an indication of a good woman, as well as a good future wife and husband. A man would find peace seeing a woman in a veil that makes her a perfect fit as someone that he wants to spend the rest of his life with. As if a veil is a guarantee that she could be a good wife and mother for the family. Allah says:

“O Prophet! Say to your wives and your daughters and (the) women (of) the believers to draw over themselves [of] their outer garments. That (is) more suitable that they should be known and not harmed. And is Allah Oft-Forgiving, Most Merciful.” (Surah Al-Ahzab 33:59)

May Allah give guidance to all of us and enable us to follow Islam which is the manual of human life. May Allah grant us the wisdom to understand Islam and to live our lives to their fullest by following its teachings. May Allah makes us realize that education is not only about getting a piece of paper called a degree but education is about learning and understanding life, the world, and the etiquette of living. Allah says:

“Not is Muhammad (the) father (of) any one of your men but (he is the) Messenger (of) Allah and Seal (of) the Prophets. And Allah is of everything All-Knower.” (Surah Al-Ahzab 33:40)

O Allah, no amount of gratefulness will be enough to thank for the blessing of your message of guidance you have given us. O Allah, enable all human beings to know the message of Islam, so this world will become a cradle of peace and stability and so that the forces of darkness will be defeated from the face of the earth. May Allah be our guide in this journey of life. Ameen.