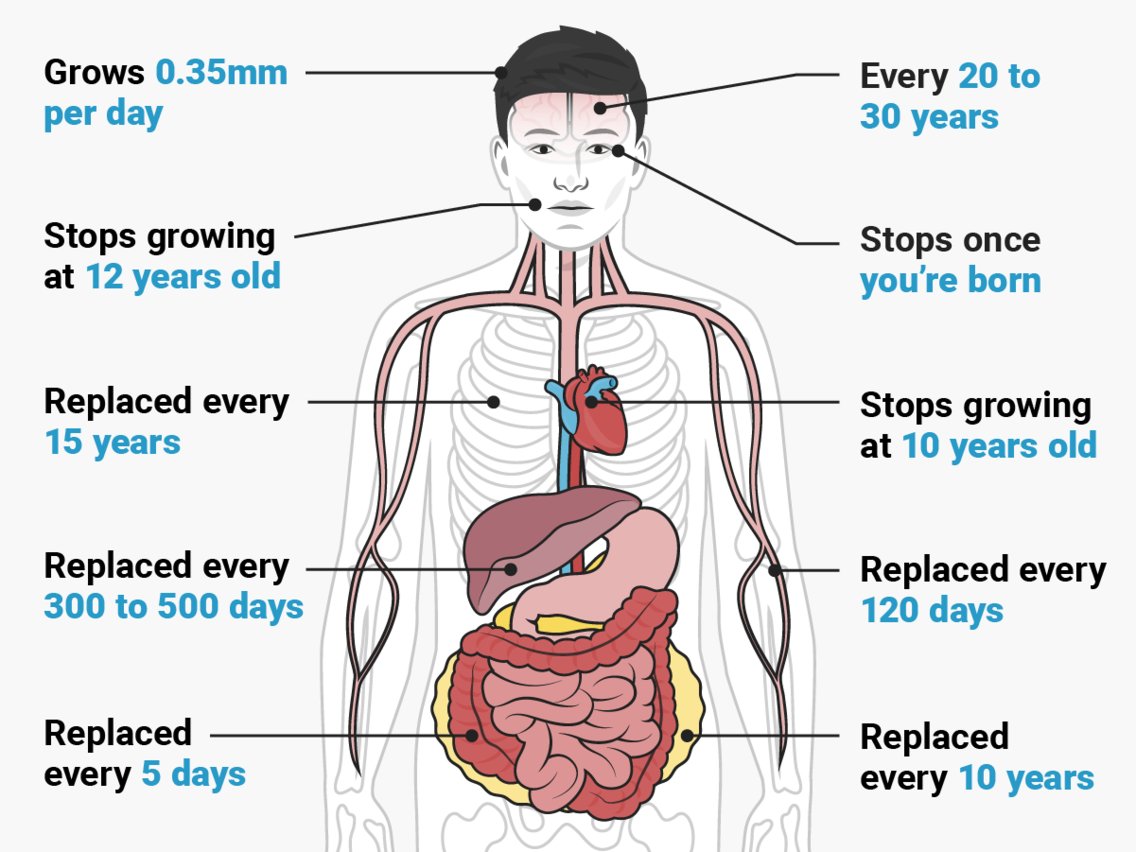 The human body is defined as the entire structure of a human being and comprises a head, neck, trunk (which includes the thorax and abdomen), arms and hands, legs and feet. The five vital organs essential for human survival are the brain, heart, kidneys, liver, and lungs.

Metabolism is something that consists of both, ‘Catabolism,’ and, ‘Anabolism;’ which are the buildup and breakdown of substances. In the field of Biology, Metabolism refers to all of the body’s chemical processes, the digestion of food, and the elimination of waste. Every part of the human body is composed of various types of cells, the fundamental unit of life. The study of the human body involves both a) anatomy and b) physiology.

The Main Parts of the Human Body Are:

Amazing Facts About Blood and the Heart:

Jump to Human Body Facts About:

Quick and Fascinating Facts About the Human Body