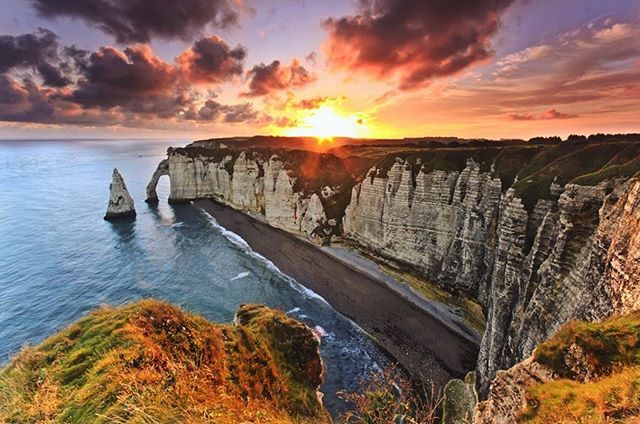 Alabaster coast stretches 130 kilometres. Magnificent white cliffs lined with pebble beaches can be admired between Le Tréport and the Hève cape.There are several essential stopping places along this magnificent coast.Since 2009 it has been classified as a Natura 2000 site. It takes its name from the white hue of its high chalk cliffs, including those of Étretat, which stretch for over 120 km, dominating most of the coastline.

It is part of the same geological system as the White Cliffs of Dover on the far side of the English Channel.Contrary to popular belief, Dover isn’t the online place in Europe famed for its brilliant white cliffs. Quite to the contrary in fact, as to take a trip to France’s stunning Alabaster Coast is to marvel upon natural beauty that’s been inspiring artists for centuries.