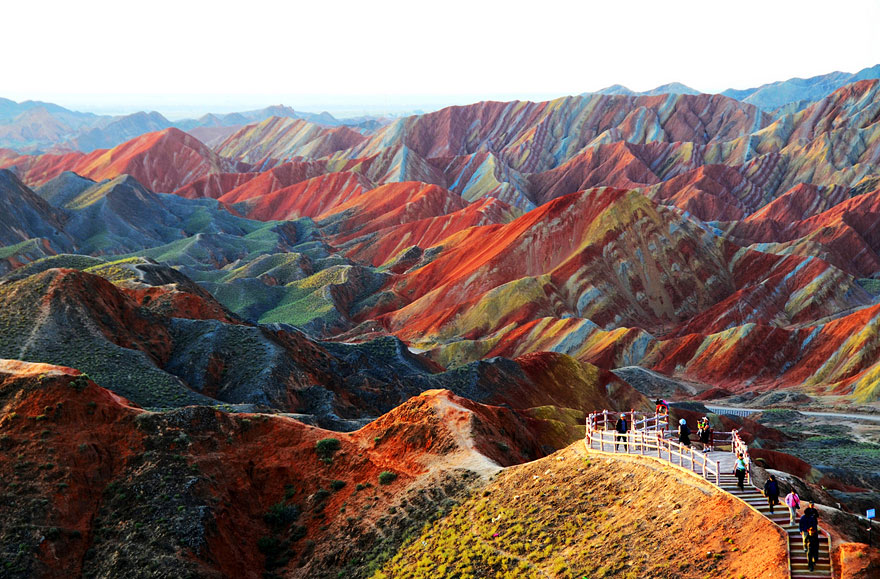 The Danxia landform refers to various landscapes found in southeast, southwest and northwest China that “consist of a red bed characterized by steep cliffs”. It is a unique type of petrographic geomorphology found in China.Danxia landform is formed from red-colored sandstones and conglomerates of largely Cretaceous age.

The landforms look very much like karst topography that forms in areas underlain by limestones, but since the rocks that form Danxia are sandstones and conglomerates, they have been called “pseudo-karst” landforms. Danxia landforms cover several provinces in southeast China.

Training County, Fujian Province, has very good examples of “young” danxia landforms wherein deep, narrow valleys have been formed. As the landform gets older, valleys widen and one gets isolated towers and ridges.

This place is the source of beautiful photography examples that you see online. To some, it may be new but to others its one of the popular cool pictures in the world.