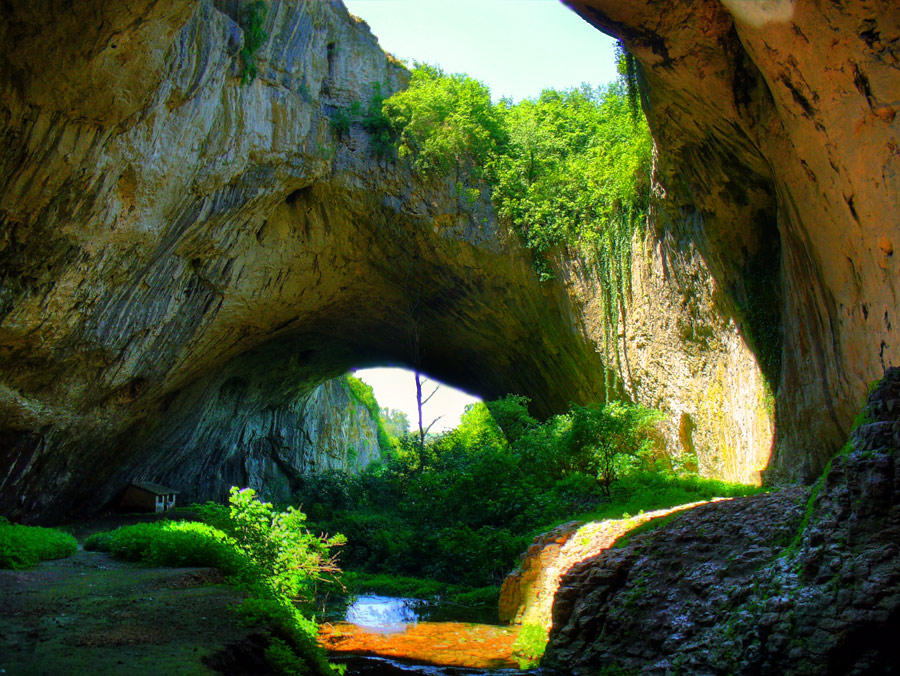 Devetashka cave is an enormous cave in Bulgaria, which has provided shelter for groups of humans since the late Paleolithic era, and continuously for tens of thousands of years since then. Now abandoned by humans, it remains a site of national and international significance and is home to some 30,000 bats.Devetàshka cave is a huge karst cave 7 kilometers from Letnitsa and 15 km northeast of Lovech, near the village of Devetaki on the east bank of the river Osam, in Bulgaria.

It is known for its long-term occupancy for the human and another type of biological populations during extensive historical periods, and also home to nearly 30,000 bats.The cave itself is very impressive.The cave itself is immense, measuring approximately 2 kilometres in length and with a huge entrance ‘hall’ measuring 60 metres in height. In places the ceiling is 100 metres above the ground and there are seven huge holes through which daylight illuminates the vast interior. It is these holes that earned the cave the name Maarata or Oknata (“the eyes”)

About 200 meters from the entrance, the cave separates into two branches. On the left side, a small river runs along it, forming miniature lakes and waterfalls, passing through the main hall and eventually flowing into the Osam River. The right side is warm and dry and contains several chambers, ending with a round hall, known as the Altar.  Beautiful stalactites and stalagmites, rivulets, majestic natural domes and arches can be found within the enormous cave and one can see why various human populations would have chosen Devetashka as their home.