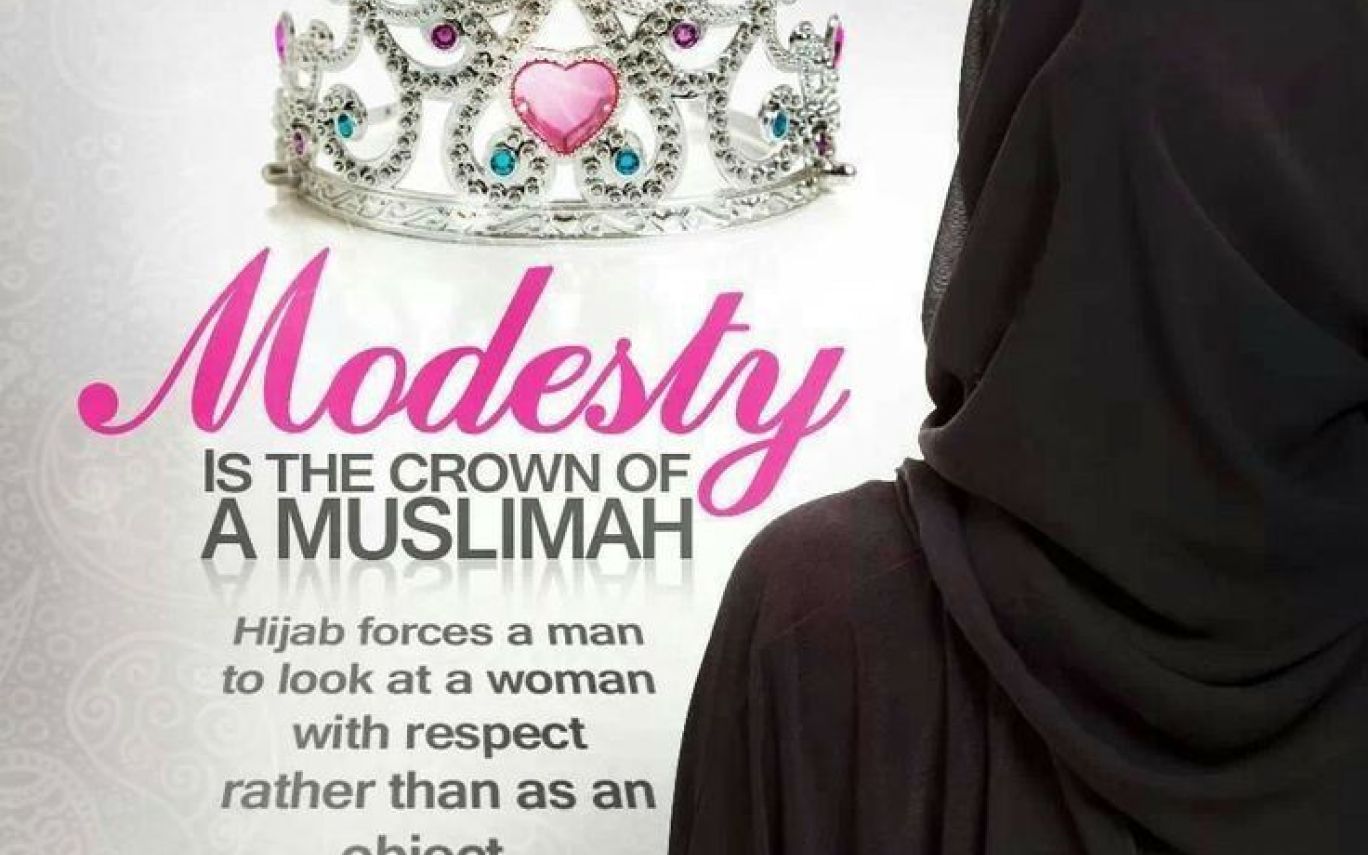 Islam gives code and instructions about every element of life, whether it be the social, environmental preservation, human rights, Quran tutoring and Teaching, economical guidelines or the living style of a Good Muslim. About the living style of people in general and women in particular, dressing is a major part of it.”Hijab” is also a reminder for the men around Muslim women; it reminds them that the woman’s body is her business and that it is not a sex object, it does not carry on it a “for sale” sign, it demands respect. Allah says:

Therefore, there is the option available for wearing any kind of dress that covers the private parts, however, in the same ayah, Allah Almighty says that the garment of reverence is the best. If a woman wears a particular dress then she needs to consider whether or not the dress comes with decency. The prime object of dressing is to cover the private parts, however, it should be done with decency and modesty. Allah says:

“O children of Adam, We have brought down to your garments to cover your private parts, as well as for adornment, yet the garment of reverence is the best. These are some of God’s signs, perhaps they will remember.” (Surah Al-A`raf 7:26)

It is strange, yet so real, for some, when they see that Muslim women usually observe modest standards in their clothing, they automatically equate Muslim women’s modesty with oppression. They appear to feel that freedom is in some way directly proportional to how little clothing one wears, and that oppression is directly proportional to the degree of modesty one exhibits in their clothing. Allah says:

“Be not soft in speech, lest he in whose heart is a disease (of hypocrisy or evil desire for adultery, etc) should be moved with desire, but speak in an honourable manner.” (Surah Al-Ahzab 33:32)

Surprisingly, the western women who object to modesty in the Islamic dress code, are the same women who object, protest and resent the misuse of a woman’s body as a sex object in advertisements and commercials. Where Islam addresses the way men should dress, it also gives comprehensive instructions on how women should dress. The dressing of women is that they should draw veils over their bosoms. The breasts of women are a private body part, they need to protect it.

Here is the list of some of the benefits of using hijab:

Islam does not “force” neither women nor men to do anything. Rather, it grants everybody the freedom of choice, for: “there is no compulsion in religion” (2:256). Under Islam, one must choose to do what is right after being convinced of it. Because one has to choose what is right and freely choose to do it. Women must wear such dresses that cover their private body parts in a way that there are neither visible to the people nor do they stand out when covered. Allah says:

“Tell the believing men to lower their gaze and to be mindful of their chastity. This will be most conducive to their purity. And to Allah is known Of all their activities.” ( Surah An-Nur 24:30 )

Hijab for Muslim Women is a covering for the care of chastity and an identity card to pronounce their respect for the laws of their Almighty Allah. It frees them from being valued for their looks, or body shape rather than their minds and intellect. The majority of Muslim women wear hijab, to obey God, and to be known as respectable women. Allah says:

“And stay in your houses and (do) not display yourselves (as was the) display (of the times of) ignorance the former. And establish the prayer and give zakah and obey Allah and His Messenger. Only Allah wishes to remove from you the impurity, (O) People (of) the House! And to purify you (with thorough) purification.” (Surah Al-Ahzab 33:33 )

More than a dress code, the hijab encompasses modest behaviours, manners, and speech. The inner humility as exhibited through etiquette and morals completes the significance of the physical veil. However, contrary to popular belief, these characteristics are not limited to women alone. In reality, Muslim women wear the hijab to seek the pleasure of God and to uphold Islam’s code of modesty.

“Islam regards both men and women as equal in the sight of God from the spiritual side of view.” (Surah An-Nisa` 4:124 )

Thus, Allah Almighty wants women to wear such dresses that do not reveal their adornments to other people. However, the other thing to observe and ponder about in this regard is that Allah Almighty does not make the rule overly strict, rather it is allowed for women to have their face and hands uncovered as without them it becomes difficult for them to perform even the most trivial of jobs in daily life.

“O Prophet, tell your wives, your daughters and the wives of the believers that they shall lengthen their garments. This is better so that they will be recognized and not molested. God is Forgiver, Merciful.” (Surah Al-Ahzab 33:59 )

Just like it will not be fair to hold any religion responsible for anything that is done wrong in its name, it will not be fair as well to hold Islam responsible for what is wrongfully done in its name. Realistically, every religion is responsible only for what it teaches not what somebody or some government is doing in its name. Therefore, to avoid attraction in general and exhibition of sexuality in particular, women should wear clothes of a longer length that do not make the body parts prominent.